Vehicles being assembled in a workshop of the French manufacturer PSA in Mulhouse, April 19, 2019 (AFP/Archives/SEBASTIEN BOZON)

A black point in the post-Covid economic recovery, the French trade deficit has been widening for twenty years. To the point of worrying the government which has made its reduction a “strategic objective”, reflecting a deindustrialization which penalizes exports.

It has widened further in 2021, and the annual figures expected on Tuesday could bring down the record, 75 billion euros, reached ten years earlier, in the midst of the financial crisis.

The trade balance was weighed down in particular at the end of the year by raw materials and energy. “A price increase which is much more dynamic than the increase in the prices of our exports”, notes Denis Ferrand, director general of the Rexecode institute.

The automobile production and transport equipment sectors, which are traditionally exporters, are affected by these increases in the price of raw materials and the disruptions in the supply chains. Just like aeronautics, which suffers from restrictions on travel.

The Covid crisis had a “catalyst effect”, underlines Mr. Ferrand, but this effect “says that the missing link in the activity in France nevertheless remains our weakness internationally”. The weight of French exports, for example, has fallen by “30% in 20 years” within the European Union.

Immediate improvement is not expected in the coming months. 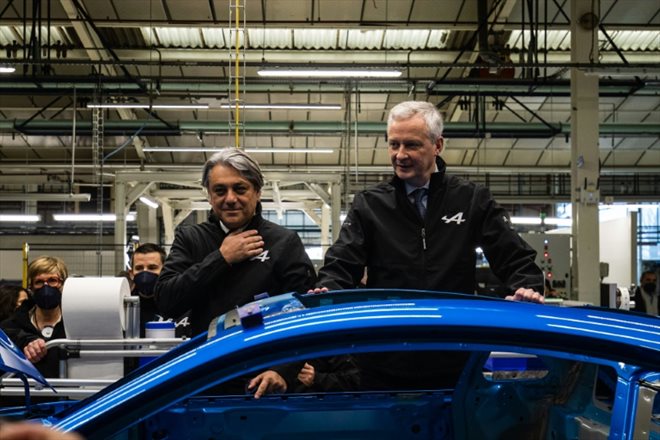 The CEO of the car manufacturer Luca de Meo (l) and the French Minister of Economy and Finance Bruno Le Maire in the workshop for the construction of Alpine sports cars in Dieppe, in Seine-Maritime, on January 28, 2022 (AFP /Archives/Sameer Al-DOUMY)

It will take 10 years to regain a trade surplus, said the Minister of Economy Bruno Le Maire on several occasions.

Beyond the economic situation, France has a well-identified problem of competitiveness.

“For growth, to invest, to consume, we need to import. As the recovery will continue in 2022, there will be strong demand for imports. In addition, our flagship export sectors, automotive , aeronautics, will not start again until 2023”, estimates Selin Ozyurt.

Over the past two decades, “France is the country that has lost the most market share, compared to Italy and Germany, not only vis-à-vis China but also vis-à-vis European neighbours, particularly in the pharmaceutical sector, a key sector for us”, observes the economist.

At the beginning of December, the High Commission for Planning drew up a project for the “reconquest of the productive apparatus”. He recommends focusing on more than 900 items or products, with a trade deficit of more than 50 million euros, alone representing around 80% of trade deficits in 2019.

“Made in France” to avoid importing crisps when you are the world leader in potato cultivation, or furniture when you produce wood. Food, transport, household objects, machines and tools, materials, textiles, medical and pharmaceutical products, and hydrocarbons, are the preferred avenues for strengthening or building up national sectors. 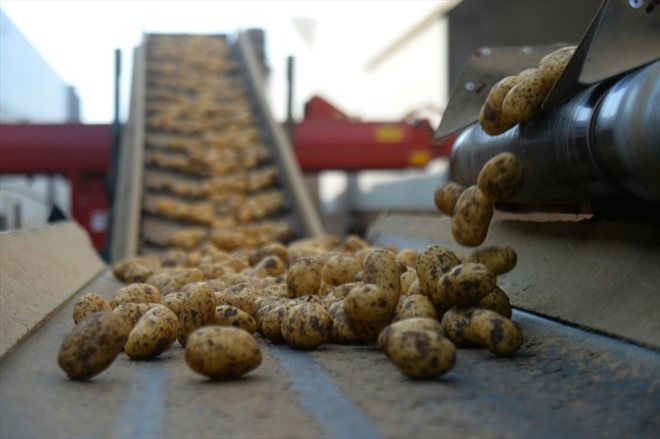 Potatoes, intended to be sold on the French and European markets, arrive on a conveyor belt to be sorted in a field in Voves, in Eure-et-Loir, on September 11, 2020 (AFP/Archives/JEAN-FRANCOIS MONIER )

Awareness of this problem has prompted the government for several years to take measures, such as lowering production taxes.

But for Selin Ozyurt, more is needed: counter the “skills mismatch” and train technical workers, between engineers and workers, for example, or even stimulate risk-taking.

“In the industries of tomorrow, space, nuclear, innovations in mobility and health, these are projects where you have to invest and take risks, be ready to lose. (…) This is what is done in United States: credits for technologies which do not exist for the moment”, advances Ms. Ozyurt.