Gaspard Kœnig: to finish with the president!

Aerial view of the tarmac at Bordeaux-Mérignac airport, in southwestern France, on July 29, 2022 (AFP/Archives/Thibaud MORITZ)

With soaring kerosene prices and a sharp rise in demand, plane ticket prices have risen 43.5% in one year in France, all routes combined, according to the latest figures, and the rise is expected to continue in the next weeks.

Ticket prices even jumped 54.5% in July compared to July 2021 on medium-haul flights departing from France for European destinations, very popular this summer, according to the air transport price index, updated. day each month by the General Directorate of Civil Aviation (DGAC).

The increase is less significant for international long-haul flights, up 28.8% in one year, routes still affected by certain traffic restrictions linked to the health situation, such as to Asia.

Tour operators, for their part, confirm this upward trend in prices.

“There is a mechanical increase linked to the rise in oil prices and inflation. And then there is a more recent phenomenon: late bookings. The later the booking, the more expensive the ticket. However, the trend of this summer was not to anticipate the holidays”, summarizes with AFP Jean-Pierre Mas, president of Travel Companies.

This inflationary trend (+19.3% since the start of the year) is primarily explained by the rise in oil prices, which accelerated with the war in Ukraine, underlines Marc Ivaldi, transport specialist aerial view of the School of Advanced Studies in Social Sciences, Toulouse (EHESS).

“The increase in oil and kerosene prices has had a direct impact on ticket prices,” he told AFP.

This progression also responds to the need for companies to “restore their accounts and increase their margins”, adds Bruno Gazeau, president of the National Federation of Associations of Transport Users (Fnaut). 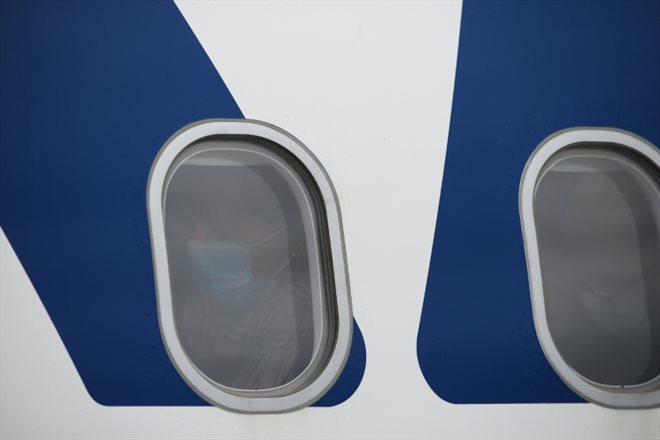 “The surge in prices is permanent, both for low-cost companies and conventional companies,” he notes. “It is also much more important than for the car and for the train”.

But the surge in prices is also explained by the imbalance between the strong demand in the summer and the lack of offers on the flagship destinations, to which the companies do not fly enough planes.

“The pandemic passed, people massively wanted to resume their travel habits. But faced with a shortage of staff in airports and on board planes, some companies, unable to meet demand, canceled flights, driving up prices,” analyzes Mr. Ivaldi.

Attendance at the two major Paris airports Paris-Charles-de-Gaulle and Paris-Orly recovered in July 86.3% of the level of July 2019, i.e. 9.1 million passengers.

Many tensions have appeared since the opening of the high summer season because several European airports are experiencing malfunctions, between lack of staff and social unrest, causing cancellations, delays or loss of luggage.

For now, according to experts, price increases should continue in the coming weeks before falling in early fall. “This trend will a priori be confirmed at least in August, and to a lesser extent in September, even if the situation remains very difficult to predict”, assures Marc Ivaldi.

On the side of Ryanair, a low-cost company, it was already announced at the beginning of August that the era of plane tickets sold off at 10 euros is, in any case, well over.