Infernal pace, wages that do not follow, understaffing… the summer has barely started and employees in the airline sector are already sticking their tongues out, as demonstrated by the strikes that are rocking several low-cost airlines this weekend in Europe.

On the ground or in the air, they bear witness to the pressure they are under due to the sudden and poorly anticipated return of travellers.

“It’s June and the colleagues are already tired,” insists Damien Mourgues, SNPNC union representative at Ryanair. “Our base salary is 854 euros with variables of 8.50 euros per hour,” he describes.

In Spain, at EasyJet, “we have a base salary of only 950 euros” and “when we don’t fly, we earn 950 euros, that’s all”, laments Pier Luigi Copellon, steward in Barcelona for 14 years.

At Ryanair, it was still forbidden a few days ago to use water on planes. The management ended up letting go of the ballast and “we are entitled to four bottles of 500 mL per person”, explains Damien Mourgues.

At Transavia or Volotea also anger is brewing with strike notices planned for this summer. 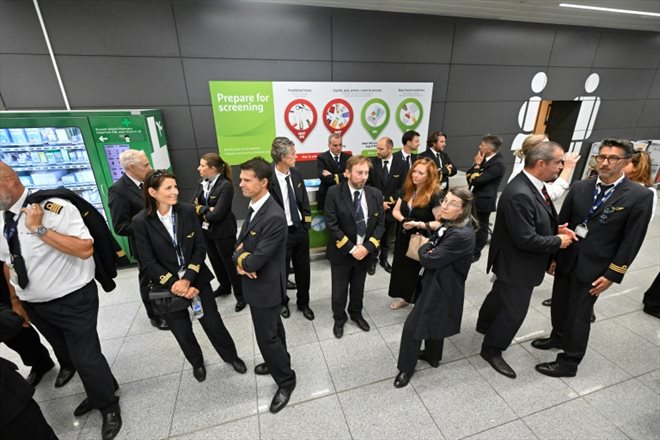 Cabin crew and pilots of Brussels Airlines and Ryanair on strike in the departure hall of Brussels Airport, in Zaventem, on June 23, 2022 (BELGA/AFP/ERIC LALMAND)

This is one of the positions that suffers the most from understaffing with the resumption of traffic. The agents in charge of controlling luggage and passengers at the inspection-filtering points (PIF) are forced to manage massive flows with less resources than before.

“There are two or three instead of five per PIF”, explains Saïd Abdou, employee of Securitas at Orly and CGT representative. 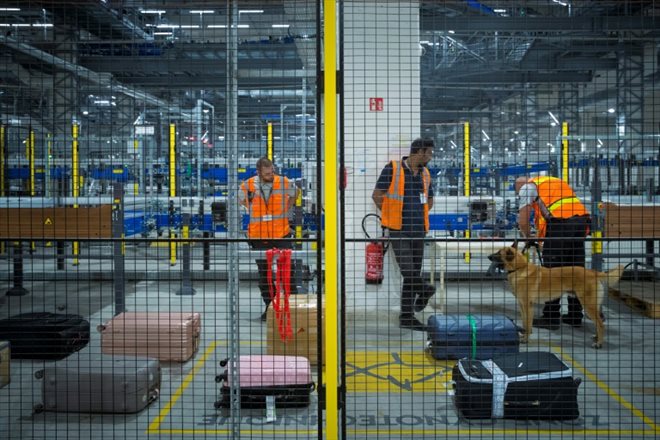 “The pace is so fast. Securitas had hired 17 people recently, they did a day and they didn’t come back, it was too hard,” he says. Eight of his colleagues are on leave for burnout, he says, because they were refused leave this summer.

Saïd Abdou earns 1,500 euros net, a thirteenth month and an individual performance bonus of 500 euros per year after 18 years of seniority.

On Monday, a strike by security guards at Brussels-Zaventem airport led to the cancellation of all flights for the day.

“Among the baggage handlers there are those who put the luggage on the belt, those who squat in the hold to pile it up, it’s very tiring”, explains Luc Atlan, secretary general of Unsa airport.

Baggage handlers load suitcases from a Ryanair flight on April 14, 2003 on the tarmac of Paris-Beauvais-Tillé airport (AFP/Archives/PHILIPPE HUGUEN)

Baggage handling companies, dependent on major contractors such as Air France, have massively reduced their workforce during the Covid-19 crisis.

The sudden increase in the pace leads to “working under pressure. And with the lack of staff you go quickly and you get hurt. There will be an increasingly high rate of absenteeism”, foresees Luc Atlan.

We know little about them, but in the system supposed to ensure the smooth operation of an airport, the people responsible for accompanying people with reduced mobility are no less essential, but they are understaffed. “We have a lot of delays, a lot of misses,” regrets Ali Khiati, SOUTH Air delegate at Gibag.

“There are people waiting an hour on the plane”, forcing the aircraft to remain immobilized. “When we arrive after an hour we are shouted at by the captain, by the customers, when we had the mission order five minutes before, we are mops”, gets carried away Ali Khiati.

“I feel the catastrophic summer,” he fears, claiming to have never seen this in 18 years in the business. “A week ago, 21 people in the same day missed their plane. There were 16 who were leaving for Algiers, we put them in a poor garden and there was so much work that the regulator forgot them” , gives Ali Khiati as an example.