Fear is a natural reaction of the body and mind to dangerous situations. But what is an anxiety disorder, how is it recognized and treated?

Anxiety disorders severely limit the quality of life of those affected, but they can be treated well.
© iStock.com/ViktorCap

Fear is part of life and is inevitable and necessary because it also protects us. Fear becomes a disease when it is inappropriately strong, occurs too often and for too long, is associated with loss of control or compulsive acts, causes severe psychological stress, and leads to avoidance of the triggers. What is an anxiety disorder?

A long-standing anxiety disorder causes people to withdraw and avoid situations that frighten them. Withdrawal from social and public life often leads to isolation, which can lead to depression, which is why an anxiety disorder should definitely be treated. In generalized anxiety disorder, the fear is non-specific about any situation that might arise. Physical and psychological symptoms of anxiety, such as racing heart or sweating, actually occur.

What are the causes behind an anxiety disorder?

The causes are still largely unexplained. It is clear, however, that there are physical and psychological causes of anxiety disorders on the one hand. In addition, certain medications, such as those often given in Parkinson's disease, as well as alcohol and drug abuse can lead to delusions and anxiety disorders, as these substances influence the brain metabolism.

The physical causes include:

Today we know that anxiety disorders, like many mental illnesses, have a similar explanatory model: biological, biographical and psychosocial factors come into play to different degrees at different points in life. Only in their interaction does the psyche become susceptible to stress and anxiety disorders can arise.

Generalized anxiety disorder cannot be traced back to a single, clear cause. Various factors work together. However, little is known about the history of the development of the disease, as it is neither tied to regular triggers (as in the case of specific phobias), nor is it characterized by dominant panic attacks (as in panic disorder). The following factors seem to play a role:

Symptoms and forms of an anxiety disorder

The symptoms of the different anxiety disorders are very similar. The symptom of fear is not pathological at first, because fear is part of every person's emotional world. Only when it exceeds a certain level and restricts the person concerned because the thoughts are constantly revolving around the fears, it is an anxiety disorder.

What are the types of anxiety disorders?

How is an anxiety disorder diagnosed?

Probably every tenth patient in a general practice suffers from generalized anxiety disorder. The typical anxiety patient usually comes first because of other complaints, such as sleep disorders, which means that the anxiety disorder is often not recognized directly.

Those affected who notice typical, pronounced symptoms or feel restricted in their quality of life should not be afraid to confide in their family doctor. If necessary, he or she can issue a referral to a specialist.

In a personal conversation, the medical history is asked and questions about the personal situation are asked. Standardized questionnaires help to assess the severity of the anxiety disorder. This is followed by a physical examination with the determination of blood values, an EKG and a thyroid diagnosis. If necessary, physical causes for the symptoms, such as coronary heart disease or bronchial asthma, must be ruled out. The diagnosed anxiety disorder is assessed using the ICD-10 and DSM IV diagnostic criteria.

Therapy for an anxiety disorder

The person affected should be informed about the various options for treating their anxiety disorder and decide together with the doctor what is suitable for them. Pharmocotherapy with drugs and psychotherapy are generally available. The type of treatment and the medication you can take differ depending on the anxiety disorder.

For all anxiety disorders, however, when it comes to psychotherapy, the first choice is cognitive behavioral therapy (CBT). Should this prove to be ineffective, psychodynamic psychotherapy can be used. Exceptions are the specific phobias, because CBT with exposure therapy makes sense for them in order to overcome the specific, irrational fear.

Antidepressants are also used as medication for anxiety disorders. Frequently used drug groups are SSRIs (escitalopram, paroxetrin, sertraline), SNRIs (venlafaxine) and tricyclic antidepressants (clomipramine, opipramol). Here, too, the specific phobias are an exception, as no drug treatment is provided for in the guidelines.

A further measure recommended for anxiety disorders is visiting a self-help group and, for family members, a group of relatives. In the case of panic disorder and agoraphobia, an additional endurance training three times a week.

Rules for dealing with fear

There are mnemonics that have proven effective in dealing with fearful situations. They can be used at any time regardless of the treatment method.
In all areas of our life, the most successful way to learn something new is: We have to expose ourselves to the situation. This also applies to coping with fear. These rules are intended as a reminder that people with an anxiety disorder must experience repeatedly that fear does not turn into disaster.

Due to the combination of causes, preventing an anxiety disorder is not possible. The education about anxiety disorders in childhood and adolescence seems to have a positive preventive effect.

For all mental illnesses, effective relapse prophylaxis is usually only possible with a combination of socio, psychopharmaceutical and psychotherapy. In the case of generalized anxiety disorders and other anxiety disorders, a combined treatment concept makes a fundamental contribution to significantly improving the quality of life of those affected.

Generalized anxiety disorder tends to be chronic. The risk of relapse is different for each individual. In this respect, in addition to acute improvement, long-term effectiveness and symptom relief are important therapeutic goals. People who undergo cognitive behavioral therapy tend to feel better after they stop. The active participation of relatives in the therapy also makes sense and prevents further relapses. After successful psychotherapeutic treatment of an anxiety disorder, those affected face the difficult task of having to reorganize their lives and relationships. Here again, a corresponding psychotherapeutic offer can be an important aid.

Gentle help for the soul: psychotropic drugs from nature 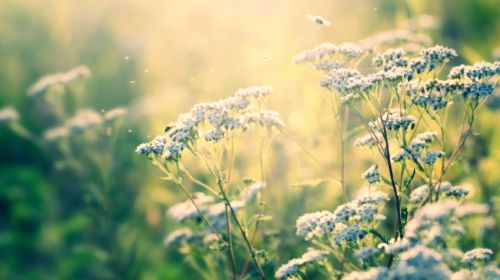