A man walks on the Bund, Shanghai’s historic thoroughfare on March 28, 2022 (AFP/Hector RETAMAL)

Containment in two stages: half of Shanghai is put under glass this Monday when the Chinese economic capital of 25 million inhabitants faces its worst outbreak of Covid-19 in two years.

Shanghainese living in the east of the city are confined until April 1 at 5 a.m. to their homes, with a ban on leaving them. On this date, it will be the turn of the western part.

The announcement of this measure on Sunday evening caused an influx of residents into supermarkets. Many of them are tired of the powerlessness of the authorities to curb this epidemic outbreak despite several weeks of restrictions.

For the town hall, this two-phase confinement aims to accelerate the screening of the population and to overcome new infections “as quickly as possible”.

Until then, Shanghai had sought to avoid total confinement, which would be very damaging to the economy, seeking instead to minimize disruption with a more targeted approach: 48-hour confinements of buildings or residential complexes. 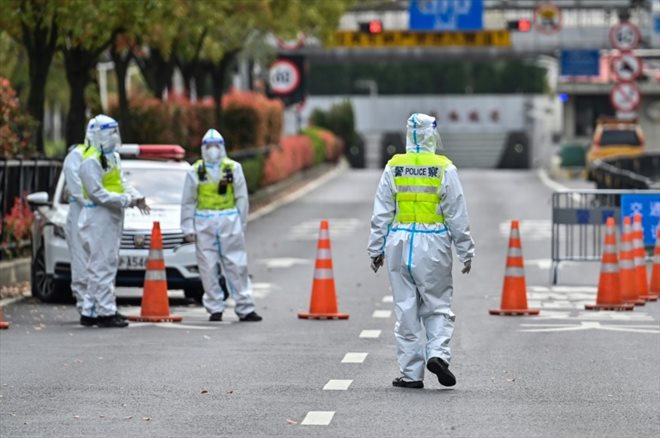 The metropolis has become in recent days the epicenter of a new wave of contamination, linked to the Omicron variant, which began to accelerate in early March and is putting the Chinese zero Covid strategy to the test.

The Ministry of Health reported 3,500 new positive cases in Shanghai on Monday.

The part confined this Monday is that of “Pudong”, which notably includes the city’s main international airport and the famous business district with its huge and emblematic skyscrapers.

From Friday it will be “Puxi”, the western half of Shanghai, which will be under glass. It includes the famous historic artery of the Bund, along the Huangpu River which crosses the city.

A measure variously appreciated by Shanghainese, some of whom railed against this too sudden new confinement. 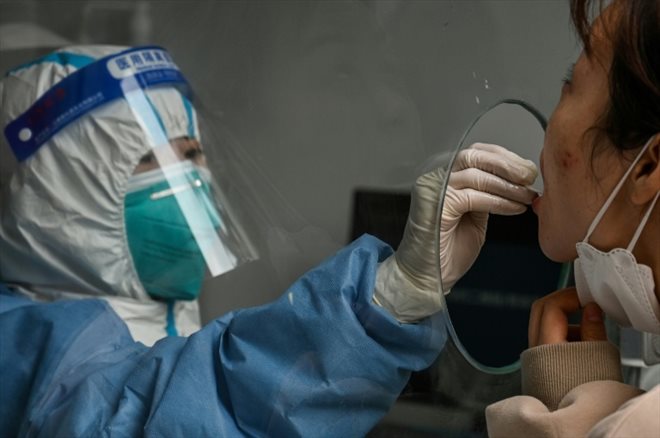 “We really don’t understand the town hall’s anti-epidemic measures. There is a lack of consistency,” a 59-year-old man who is queuing to buy groceries told AFP.

“After all this time already, the city still cannot control the virus and the numbers continue to climb,” he laments.

The town hall did not immediately indicate what the consequences will be for Shanghai airports and its seaport.

China has largely eradicated the epidemic since 2020 thanks to quarantines on arrival in the territory, tracing of movements via mobile applications and lockdowns of cities, sometimes decreed after only a handful of cases.

But Omicron is undermining the Covid zero: the Ministry of Health has reported thousands of new daily cases over the past two weeks.

A very low level globally but high for China, where the number of new daily contaminations has rarely exceeded 100 since the spring of 2020. 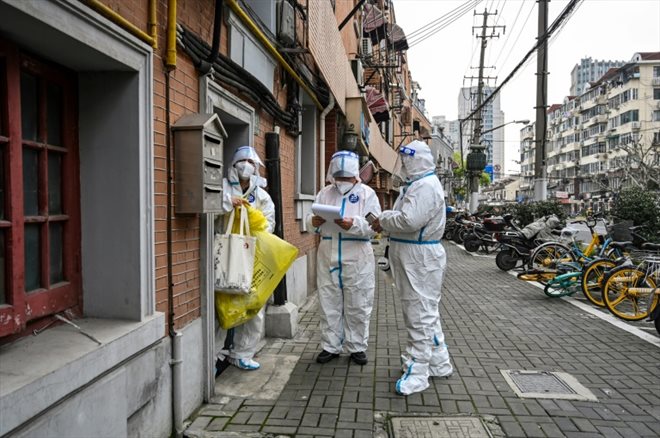 Chinese health service workers on a street in Shanghai on March 26, 2022 (AFP/Hector RETAMAL)

In recent weeks, millions of residents of affected regions across the country have been subjected to confinements, such as the technological metropolis of Shenzhen (south) or the industrial city of Shenyang (northeast).

But if Shanghai and its previously targeted confinements are struggling to overcome Omicron, others see the end of the tunnel.

Shenzhen, which had been completely confined at the beginning of March, is resuming its activity because the number of new positive cases is now very low.