More powerful and versatile, Chromebooks have changed a lot in recent years. Very affordable, they are no longer intended only for students. And with the Boulanger summer sales, their price drops even more.

Fast operating system, easy to learn, secure and versatile, Chromebooks have come a long way in a decade. To the point of easily competing with other machines running Windows and macOS. And this, both for basic needs and to accomplish professional tasks.

The other advantage of Chromebooks is their affordable price compared to the rest of the market. A force accentuated during the sales since Boulanger lowers the price of several devices. Laptops for all profiles, with for example the Asus C423 which drops to 329 euros instead of 469 euros.

The Asus C423: a Chromebook at the best value for money

It is on the mid-range segment that the Asus C423 is placed. It perfectly illustrates Google’s goal with Chromebooks: to offer a laptop at the best value for money.

The Asus C423 relies on a sober design, with a gray aluminum shell, a comfortable keyboard and a large touchpad. Its hinge allows it to open 180°, in order to more easily share its screen with a colleague for example. Its 14-inch panel offers Full HD definition.

You will have no problem taking the Asus C423 everywhere with you, as it is discreet in a backpack. It must be said that it weighs only a small 1.3 kg for 16 mm thick.

On the technical sheet side, it offers a stable and fluid user experience in most tasks thanks to its Celeron N3350 processor, 8 GB of RAM and Chrome OS. You have access to many applications thanks to the presence of the Google Play Store (YouTube, Deezer, Instagram, etc.), but also to the Microsoft Office suite in web apps if you are not an aficionado of Google Drive tools. 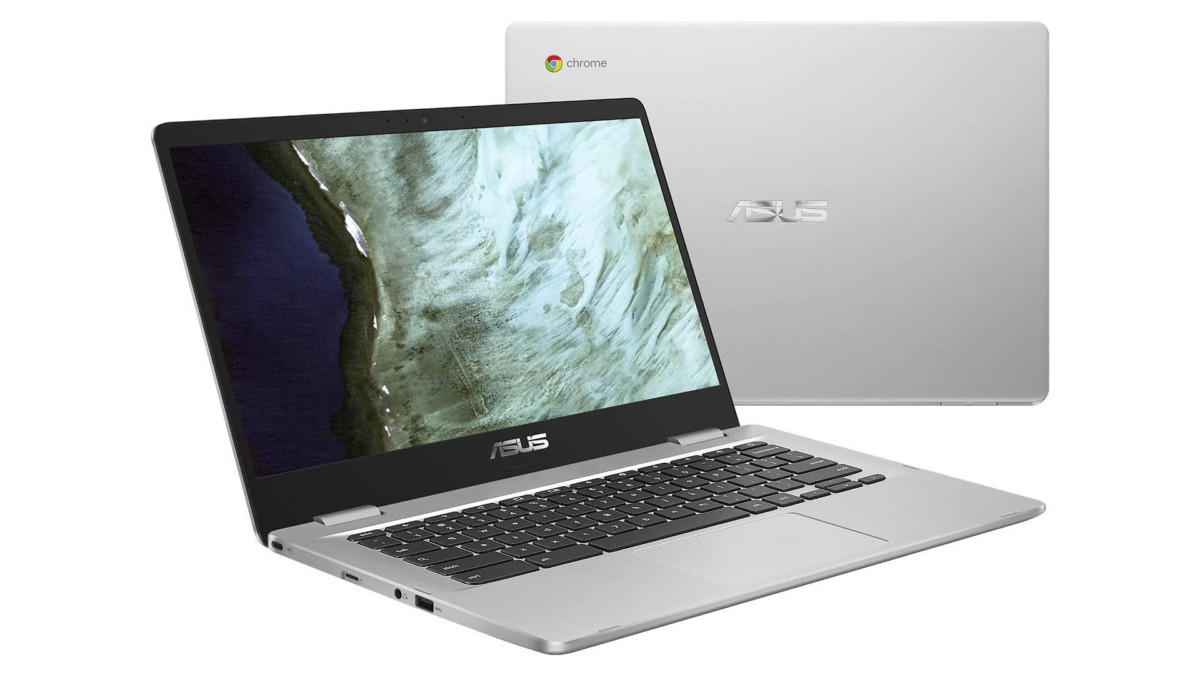 Finally, its 38 Wh battery provides ten hours of use per charge, enough to work on the train without having to bother with a charger. Not to mention the presence of two USB Type-C charging ports that make it compatible with multiple power cables. The Asus C423 also has two USB 3.1 ports, a 3.5mm audio jack and a microSD card reader.

The Packard Bell CB314: the Chromebook experience for small budgets

One would think that at only 199 euros, the Chromebook Packard Bell CB314 offers highly limited uses. But that would be to forget very quickly that to obtain Chromebook certification, you must respect the specifications imposed by Google.

This means the Packard Bell CB314 starts up quickly, constantly syncs with Google Drive suite apps in the cloudsthat it offers the possibility of working offline and that it updates automatically. 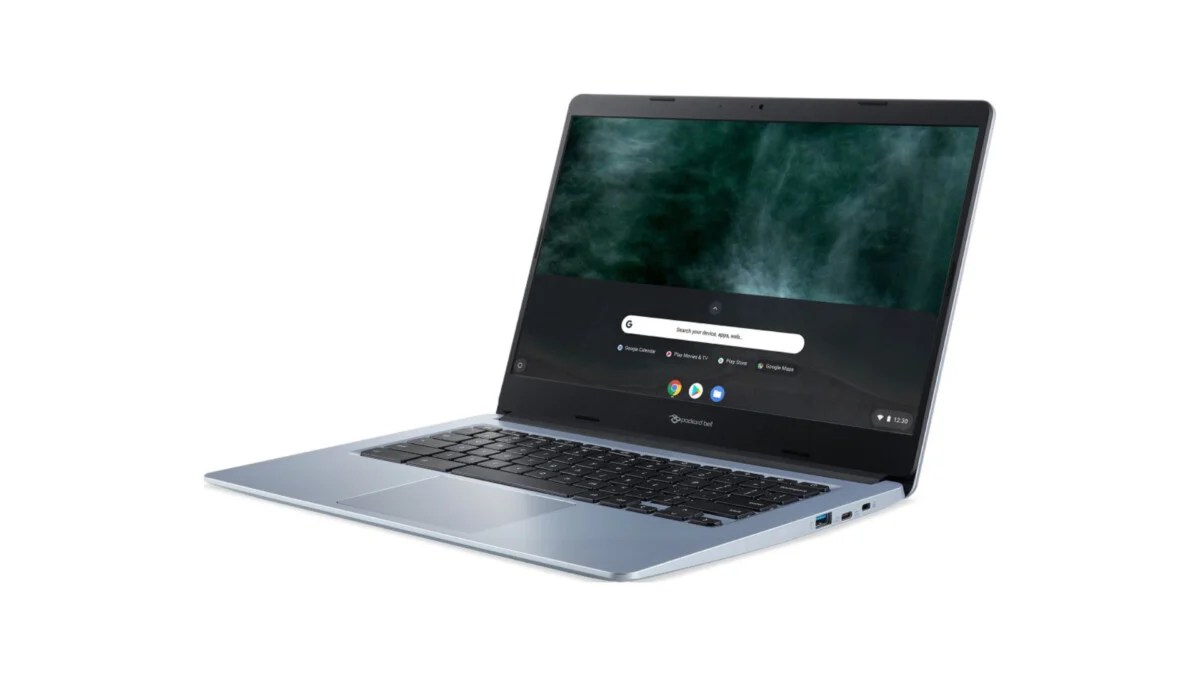 If its technical sheet does not look like much, with an Intel Celeron N4000 processor and 4 GB of RAM, the Packard Bell CB314 works smoothly thanks to the good optimization of Chrome OS. You can perform many office tasks, such as taking notes, or creating spreadsheets and presentations.

Its 64 GB eMMC internal storage matches the 15 GB of online storage offered via Google Drive. Better still, Docs, Sheets and Slides documents are not counted in this storage space. 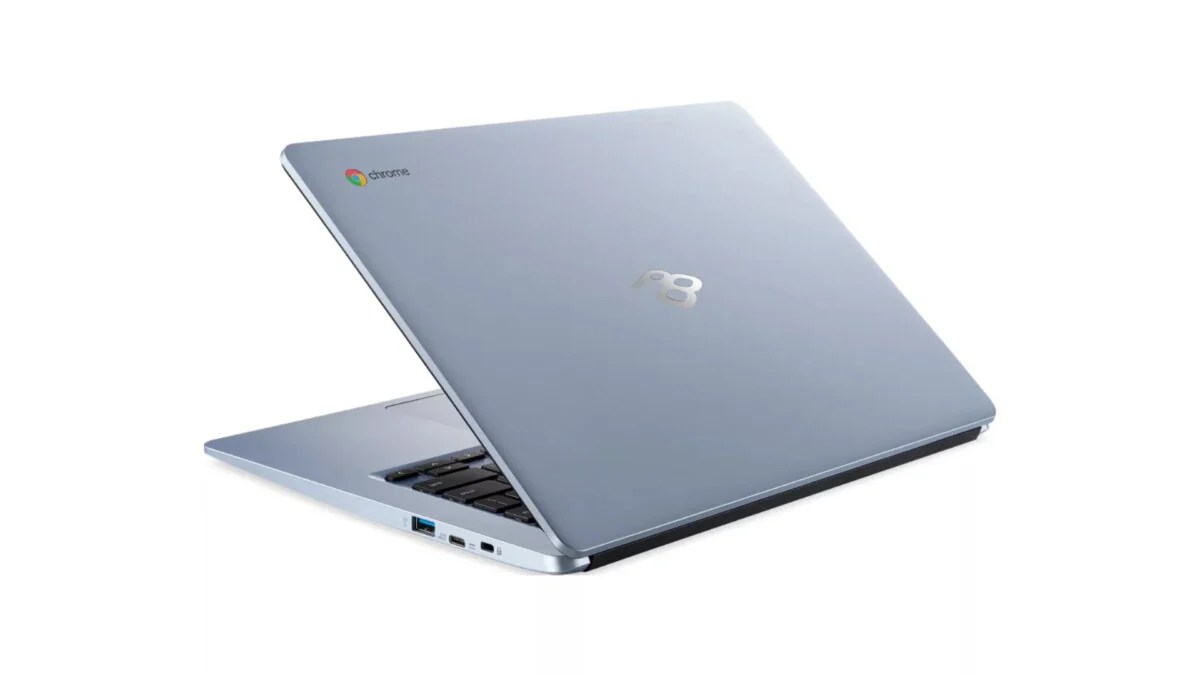 Its 14-inch touch screen allows easy navigation between the various applications. Again, the presence of the Google Play Store allows you to retrieve all your favorite apps. In terms of autonomy, the Packard Bell CB314 can take about ten hours away from an electrical outlet.

Boulanger is taking advantage of the sales to bring down the price of the Packard Bell CB314 to 199 euros instead of 299 euros. A discount of 100 euros which makes this Chromebook an interesting choice for students.

The HP x360 Chromebook bundle with cover and stylus

Those looking for a turnkey solution for work and entertainment will quickly turn to the Boulanger HP x360 Chromebook package. Already because it includes a protective cover and a stylus in addition to a laptop. But also because the chosen Chromebook has more than one trick up its sleeve.

The HP x360 features a 14-inch 360° swivel touchscreen. A format that promotes note taking, even handwritten with the stylus, drawing or simply comfortable viewing of a streaming series. Especially since this Chromebook is nomadic since it weighs only 1.6 kg and is 17.9 mm thick.

An Intel Core i3 processor, supported by 8 GB of RAM and 128 GB of internal memory, invites itself under the hood of the HP x360. A technical sheet that guarantees a good daily experience. Last strength: its autonomy which reaches 13 hours. Enough to give you a day of work without having to worry about the battery.

The Boulanger Chromebook + cover + stylus pack is now at a reduced price. It displays a price of 499 euros at the reseller, against 699 euros usually, an immediate drop of 200 euros.

Why fall for a Chromebook?

We told you earlier, Chromebooks must respect precise specifications put in place by Google. So you’re sure to always enjoy a safe, fast and smart laptop.

A feat made possible by Chrome OS, the operating system developed by Google. This is at the heart of the user experience since even the components chosen by manufacturers, such as Acer or HP, must ensure that Chrome OS works optimally. 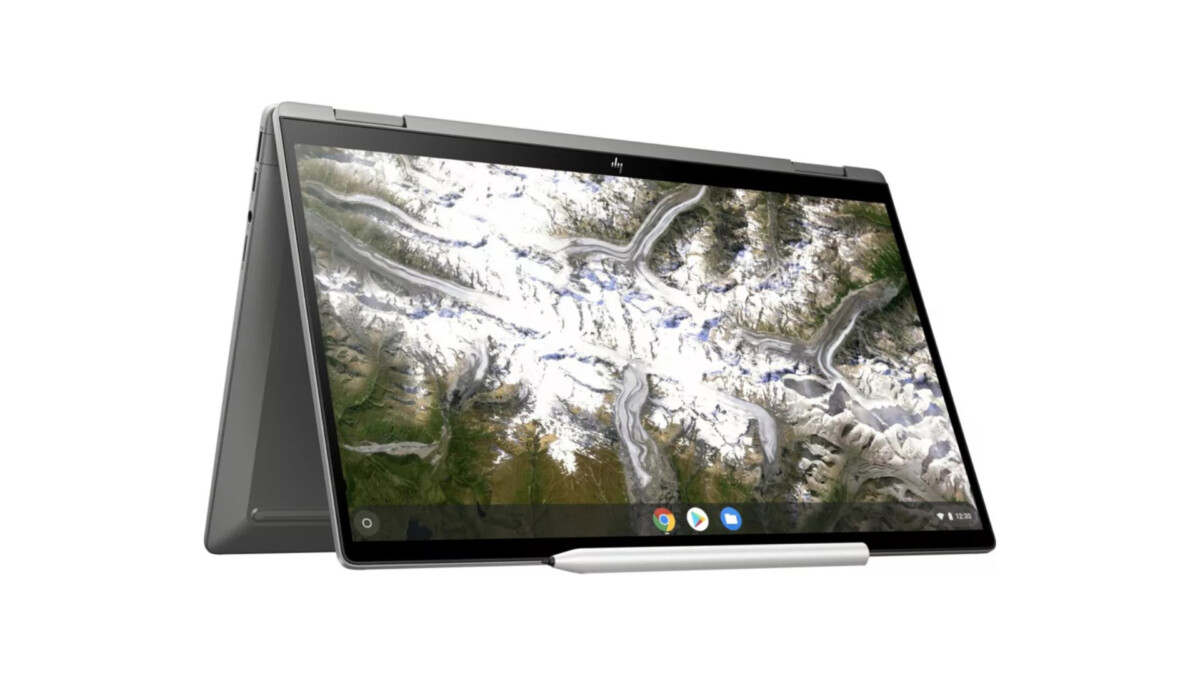 A strategy that gives interesting characteristics. Chromebooks boot up in seconds, come with free antivirus already built in, and have a long-lasting battery.

Google obliges, the Drive application suite is perfectly integrated into Chromebooks, which natively embed Gmail, YouTube, Google Docs, Chrome, etc. Better, these laptops are not closed to third-party applications since the Google Play Store allows you to download any application available in its catalog. You can also install Netflix, Spotify, Adobe Lightroom or even VLC. And the Office 365 suite? It is also available via web apps. Everything is here !

Finally, Chromebooks are extremely easy to use machines. And if you have the slightest doubt, Boulanger has launched a dedicated page to learn how to use your computer properly.