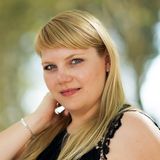 According to a previously unpublished study from Israel, the corona vaccine from Biontech / Pfizer could prevent vaccinated people from infecting the unvaccinated.

Can I not only protect myself, but also others, with a vaccination against the coronavirus? This question was not the focus of the present clinical studies on the corona vaccines used to date. The main test was whether a vaccination could actually protect the vaccinated person against the virus. So far, it was unclear whether vaccinated people can still infect others with the corona virus. Researchers could now answer this question with preliminary results from a previously unpublished study by the Israeli Ministry of Health: According to their data, the Biontech / Pfizer vaccine can prevent the transmission of Sars-CoV-2 by 89.4 percent. Thus, the agent is considered "highly effective" like that Editorial Network Germany (RND) writes.

Results are similar to those of clinical studies

For the study, the participants were divided into two groups. One group received the two necessary vaccine doses of the Biontech / Pfizer agent, the test subjects in the control group remained unvaccinated. The result: In the group of vaccinated people, there were only 1842 infections with the coronavirus, in the control group there were 76,797 cases. In parallel, the effectiveness of the vaccine was examined. The vaccination reduced the number of people who tested positive by 89.4 percent. The number of people who tested positive with symptoms fell by almost 94 percent, and severe cases, some of which required hospital stays or even death, were reduced by around 93 percent. The results are similar to those of the clinical studies that were carried out, which were assumed to be 95 percent effective.

"The vaccination significantly reduces the transmission of the virus," said Prof. Carsten Watzl, immunologist at the Leibniz Institute for Labor Research at the Technical University of Dortmund and Secretary General of the German Society for Immunology RND. However, according to the expert, there is the restriction that "asymptomatic cases that were not tested by PCR, but in which the people are still contagious, were not recorded." According to this, around ten percent of asymptomatic cases also occurred among the vaccinated study participants.

Why is protection against infection so important?

Everyone who is vaccinated optimally protects not only themselves, but also those who are not vaccinated. This is important for two reasons: On the one hand, not all people can be vaccinated (for example due to dangerous previous illnesses), on the other hand, the viruses can otherwise continue to spread easily.

Neither the Israeli Ministry of Health in Jerusalem nor the manufacturer Biontech / Pfizer have commented on the publications so far. The study data were sent to Israeli journalists on the Internet portal ynet leaked who published the results. The test results should be available as preprint soon and appear in a specialist magazine.