Gaspard Kœnig: to finish with the president!

Burkina – Soldiers announce the dismissal of the head of the junta

Harvesting cotton in a field at the Pamplona farm on July 14, 2022 in Cristallina, Brazil (AFP/EVARISTO SA)

Seen from afar, it looks like snow, in the middle of Brazil. Cotton plants stretch as far as the eye can see on either side of the road that leads to Cristalina, in the rural state of Goias (center).

This landscape, which contrasts with the corn or soybean fields that traditionally dominate the region, is the symbol of a new trend in Brazilian agriculture: the production of cotton labeled “sustainable”, with reduced use of pesticides, to satisfy a new clientele.

Brazil is the second largest cotton exporter in the world after the United States, but the number one in so-called “sustainable” cotton, with 84% of its production certified by the Better Cotton Initiative (BCI) label. Sold 10% more expensive than conventional, it is not cotton labeled “organic”, guaranteed without pesticides, insecticides, fungicides or chemical fertilizers. 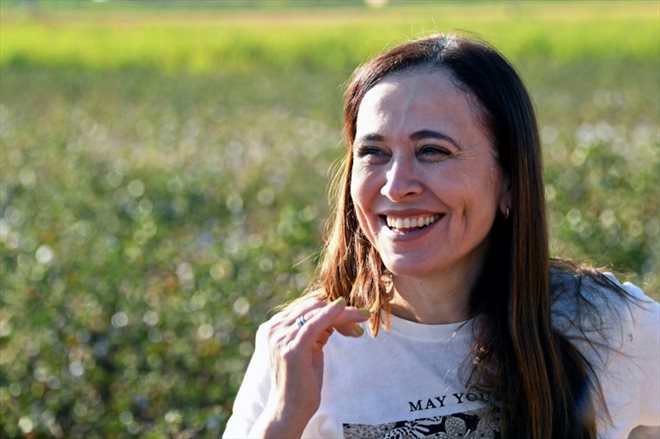 Cristina Schetino, entomologist from the University of Brasilia (UNB), specializing in cotton growing, on August 4, 2022 in Brasilia (AFP/EVARISTO SA)

“The public has changed. People no longer want to consume products that do not respect the cycles of nature,” Cristina Schetino, an entomologist from the University of Brasilia (UNB), who specializes in cotton growing, told AFP. .

Those who bet on this “sustainable” labeled cotton are trying to restore Brazil’s image abroad, tarnished since the coming to power of far-right President Jair Bolsonaro, who has seen deforestation increase sharply since his start of term. in January 2019.

Cotton is a decried crop, historically associated with slavery on large plantations in the United States, and singled out today for its need for large quantities of water and pesticides. 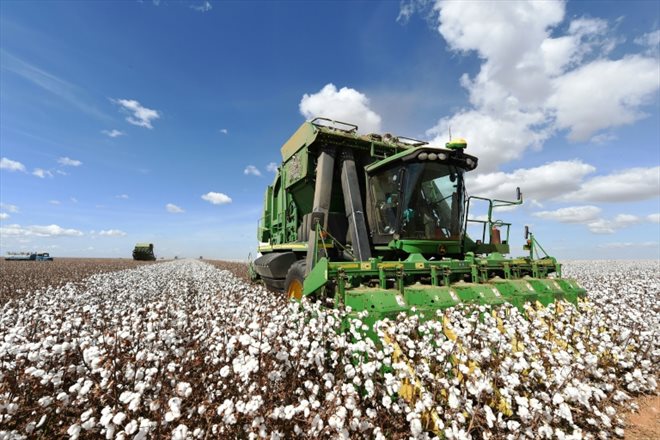 Harvesting cotton in a field at the Pamplona farm on July 14, 2022 in Cristallina, Brazil (AFP/EVARISTO SA)

In 2005, the Brazilian Association of Cotton Producers (Abrapa) set up a protocol of good practices, while training producers in a more measured and efficient use of water or pesticides, and favoring natural fertilizers. .

“It’s a re-education process. Basically, the farmer wants to make the maximum profit. We explain to him that with sustainable production, he is sure to have demand”, says Marcio Portocarreiro, executive director of Abrapa.

In Cristalina, located 130 km from the capital Brasilia, the Pamplona farm, managed by the company SLC agrícola, is one of the largest in the Brazilian cotton sector. 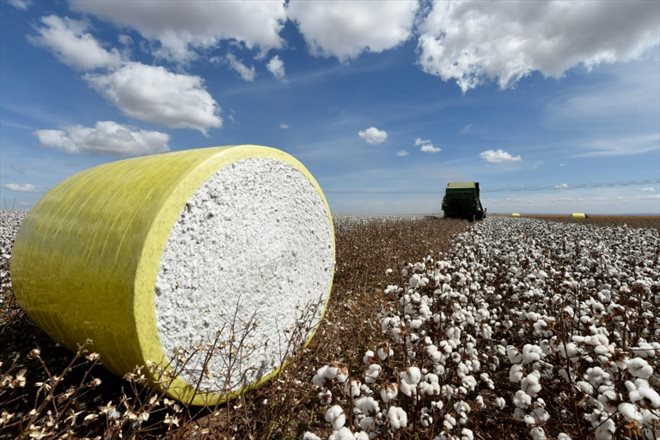 A bale of cotton in a field at the Pamplona farm on July 14, 2022 in Cristallina, Brazil (AFP/EVARISTO SA)

At the heart of the 27,000 hectares of plantations, a group of buildings form a sort of small village in the middle of the fields.

There is a children’s park, a football field and other recreational areas for the employees housed on site.

All the comfort necessary to retain farm workers and avoid excessive turnover, assures Diego Goldschmidt, production coordinator of the farm.

Behind him, huge bales of cotton are packaged and labeled with a barcode that provides all the information about its origin and harvest conditions.

“They are all already sold”, welcomes Mr. Goldschmidt, specifying that 99% of the production is dedicated to export, that is to say more than 600,000 tons last year. 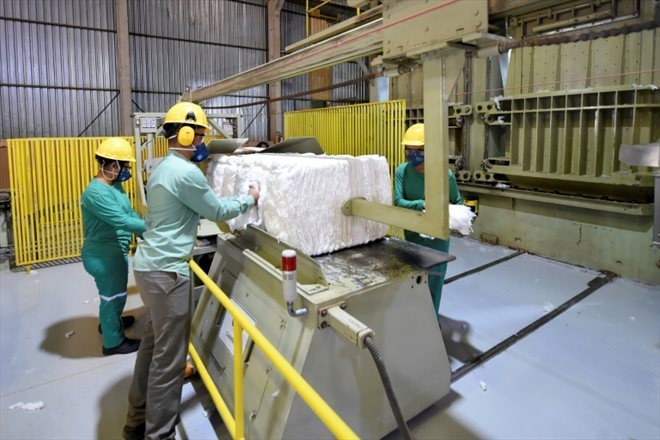 Employees work on a bale of cotton at the Pamplona farm on July 14, 2022 in Cristalina, Brazil (AFP/EVARISTO SA)

A traceability program developed in partnership with clothing brands allows consumers to follow all stages of production.

In particular, labeled cotton producers use drones to spray pesticides in a more targeted and efficient way.

But cotton cultivation is still one of those that requires the most pesticides, more than double per hectare on average than soybeans, in particular because of weevils, parasites that are difficult to eradicate with natural products.

“This culture still depends a lot on chemicals, which have a detrimental impact on the environment,” admits Cristina Schetino, who is conducting research on alternatives for the eradication of these parasites. 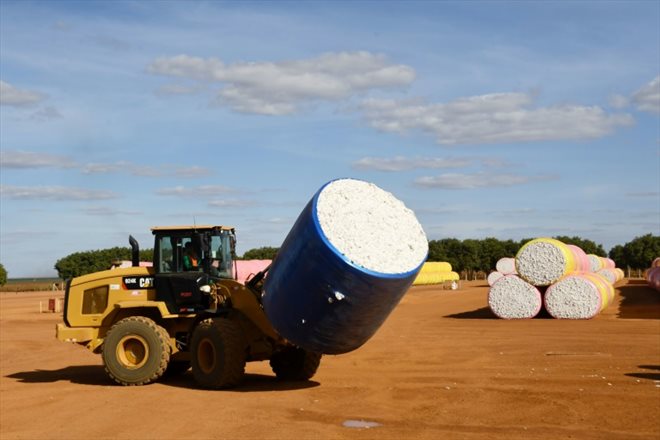 Bales of cotton at the Pamplona farm on July 14, 2022 in Cristalina, Brazil (AFP/EVARISTO SA)

During the last harvest, 34% of chemical pesticides were replaced by natural products, assures Abrapa.

Cotton fields occupy an area of ​​about 1.6 million hectares in Brazil, for a production of nearly 2.4 million tons during this last harvest, 69% of which is intended for export, particularly to China, Vietnam, Pakistan and Turkey.

These exports have multiplied by 15 over the past 20 years and Abrapa has set itself an ambitious objective: to make Brazil the leading exporter in the world ahead of the United States by 2030.