The surprising but brilliant trick to make curls with a strainer

ADHD relationship: How ADHD shows up in partnerships – and which dynamic rules help

“The Dream Ship”: Sick Barbara Wussow has to pass the land shoot Croatia has adopted the euro and joined the Schengen area of ​​free movement, two major steps for this small Balkan country which joined the European Union nearly a decade ago.

At midnight (23:00 GMT) on Saturday, Croatia said goodbye to its currency, the kuna, to become the twentieth member of the euro zone.

At the same time, it becomes the 27th State to join the Schengen area, a vast area within which more than 400 million people can travel freely without internal border controls.

Local newspapers hailed the two events on Saturday, with the daily Vecernji List calling them a “crowning achievement of EU membership” for Croatia, where European Commission President Ursula von der Leyen is expected for the occasion on Sunday. .

Croatian leaders regularly stress the benefits that they believe their 3.9 million compatriots will derive from joining the euro zone and the Schengen area.

For experts, the changeover to the euro will help protect the Croatian economy, one of the weakest in the EU, in the face of galloping inflation, a serious energy crisis and geopolitical insecurity since the beginning of the February 24 Russian invasion of Ukraine.

In November, inflation reached 13.5% in Croatia, against 10% in the euro zone.

Eastern European countries that are members of the EU but have not opted for the euro, such as Poland and Hungary, proved to be even more vulnerable to inflation.

For the governor of the Croatian central bank (National Bank of Croatia, HNB), Boris Vujcic, the abandonment of the kuna, put into circulation in 1994, is the “only reasonable policy”.

“The euro certainly brings economic stability and security”, confirmed to AFP Ana Sabic, an official of the HNB, adding that all actors in society will benefit from it.

Experts cite in particular the elimination of exchange risks and better conditions for borrowing.

The Croats, for their part, have mixed feelings: if they generally welcome the end of border controls, the change of currency inspires mistrust.

In recent days, customers have lined up outside banks and ATMs to withdraw cash, fearing liquidity problems in the aftermath of the transition period. 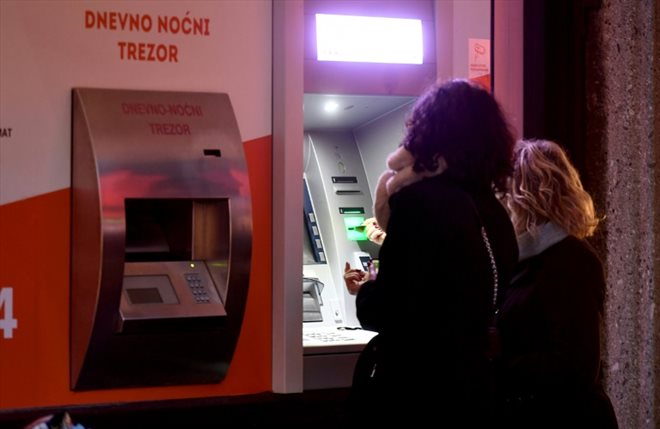 Early on Sunday, the central bank governor symbolically withdrew euros from an ATM in Zagreb.

Many Croatians fear that the introduction of the euro will lead to higher prices – in particular that companies will round them up when converting.

But for Marko Pavic, an employee of a tourist agency, “Croatia is joining an elite club”.

However, “nothing changes on January 1, everything has been calculated in euros for two decades anyway”, adds Neven Banic, another employee.

About 80% of bank deposits were already denominated in euros in Croatia, its main partners are in the euro zone and tourism, which constitutes 20% of its GDP, is supplied by a large European clientele.

At midnight, Interior Minister Davor Bozinovic and Slovenian Public Administration Minister Sanja Ajanovic Hovnik attended a brief ceremony at a border crossing during which a barrier was lifted on both sides of the border.

“Tonight, we are celebrating the New Year, the new Europe with Croatia in Schengen”, greeted the press Mr. Bozinovic, qualifying the event as “final affirmation of our European identity”.

For his part, Foreign Minister Goran Grlic-Radman participated in a similar ceremony at a crossing point with another EU member, Hungary.

Croatia has welcomed four times more tourists this year than it has inhabitants and the entry into the Schengen zone will give a boost to this sector.

Long queues at its borders with its EU neighbors Slovenia and Hungary will be a thing of the past.

On Sunday, 73 border posts will close. In airports, the change will take place on March 26, for technical reasons.

At the same time, the situation at Croatia’s borders with its non-EU neighbors — Bosnia, Montenegro and Serbia — will hardly change: it already applies the rules of the Schengen area there. 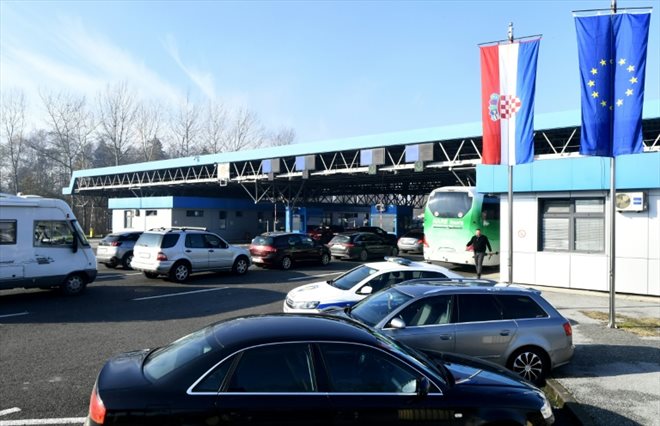 At the border between Croatia and Bosnia and Herzegovina, in Stara Gradiska on November 25, 2022 (AFP/Archives/Denis LOVROVIC)

On the other hand, the repression of illegal immigration remains a major challenge. Since joining the EU, Croatia has inherited the heavy task of protecting an external land border over 1,350 km long, most of which is shared with Bosnia.

It is on the so-called Western Balkan route used by migrants, but also by traffickers of arms, drugs and human beings.

After the ebb in clandestine crossings linked to the health crisis, Croatia registered 30,000 illegal migrants in the first ten months of 2022, an increase of 150% compared to the same period of the previous year.