United States: the price of gasoline continues to fall, a relief for Americans Two chefs, two methods but three stars: the French Arnaud Donckele and Dimitri Droisneau were distinguished on Tuesday by the Michelin guide in a new selection which celebrates the vitality and resilience of French gastronomy, undermined by two years of health crisis.

Holding a “rather relaxed” gastronomy Arnaud Donckele, 44, trained at the school of Gilles Goujon (L’Auberge du Vieux Puits) and Alain Ducasse (Plaza Athénée), where he invented his famous cooked bar on the scales.

Already three Michelin stars for his restaurant in Saint-Tropez (south of France), his Parisian restaurant, opened last September and located in the heart of the Samaritaine department store, goes directly from zero to three stars.

“When I arrived in Paris, it was with a lot of humility because there are only great chefs in Paris. I didn’t think we would get there so quickly,” he said, visibly moved. .

He had been distinguished cook of the year 2020 by the Gault et Millau guide.

The other chef promoted to three stars is Dimitri Droisneau, who officiates at Villa Madie in Cassis. Less known than Arnaud Donckele, his restaurant gives pride of place to aromatic cuisine with maritime influences.

“It’s a huge surprise. Frankly it’s huge,” he told AFP on the heels of his award. “You know, we have kept a very innkeeper dimension, we are very close to our customers, we have always worked for our customers, and the feedback has been good. But this is crazy.”

Two “different” but “complementary” chefs, underlined the boss of the red guide Gwendal Poullennec to AFP, praising Arnaud Donckele “a master who pushed the concept to reverse the relationship between sauces and food ” and a “poetic cuisine” for Dimitri Droisneau.

Although he also boasted of a high-quality selection, which shines throughout France – 80% of the stars are located outside the Paris region – he nevertheless deplored the low presence of female chefs to be promoted (3 among the 49 new officers). 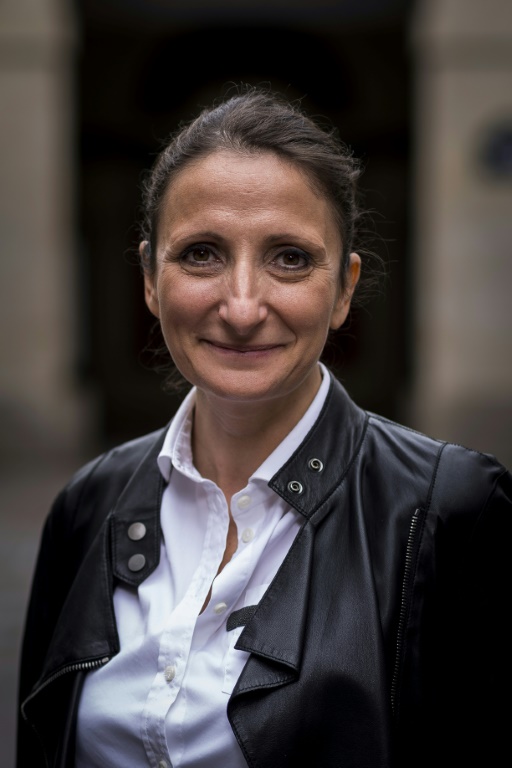 As in the 2021 vintage, no three-star chef has been downgraded.

Note that several established chefs are rewarded with a star for their new establishments: Hélène Darroze at Villa La Coste, Mauro Colagreco in Roquebrune-Cap-Martin, Anne-Sophie Pic in Megève or Philippe Etchebest in Bordeaux.

A way for the red guide to salute the resilience of those who have not abandoned their project despite two years of health crisis.

Among the newcomers, the high-profile Jean Imbert, who took over the kitchens of the Parisian palace Plaza Athénée in September, succeeding the most starred chef in the world Alain Ducasse. A succession that had been criticized, Mr. Imbert not being the holder of a Michelin star. It is now done.

– Boom of the green stars –

Another chef to be promoted, the Martinican Marcel Ravin, promoted two stars for his restaurant in Monaco which brings Caribbean cuisine to life.

On the side of the green stars, Mr. Poullennec welcomed the arrival of six new restaurants this year, making France the first country in number of eco-responsible establishments.

Thought of as “a moment of reunion for the entire profession”, this edition is also an opportunity for the gastronomic guide to renew itself after a lackluster year, where it had been criticized for having maintained its selection despite the Covid-19 and the closure of restaurants. 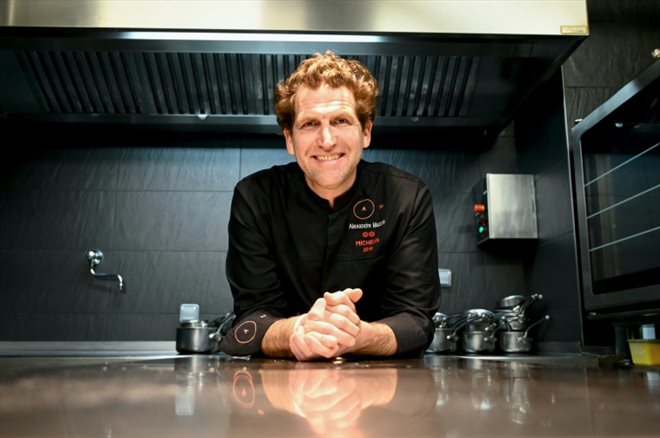 Chef Alexandre Mazzia in the kitchen of his restaurant “AM” in Marseille, January 18, 2021 (AFP/Archives/NICOLAS TUCAT)

If he does not deny that the year has been tough for the profession, the guide affirms that his criteria have not changed and that the inspectors have made as many visits as usual to evaluate the tables.

“We have adapted our schedule (the selection was initially scheduled for January, editor’s note) but we have remained in full compliance with our values ​​and our method”, director Gwendal Poullennec, director of the red guide, reminded AFP.

Last year, only one chef, Alexandre Mazzia, was promoted to three stars, the highest distinction in the gastronomic world.