BARBARA.de: Ms. Röhrig, what is it about women friendships?

Dorothee Röhrig: Typically definitely the wonderfully old-fashioned word: benevolence. If the basis is that I want my girlfriend to be well, there is a lot of friendship. If I want her to be fine, even if you rub each other, friendship also works.

That actually surprised me a lot, because there were really a few women who said that losing or separating from a friend was worse than separating from a partner. And what also strikes: If something about our partner does not suit us, we will say it straight away, we are totally careful with the girlfriend. There is a great fear of loss. I really heard words like "I really loved them" or "It was love at first sight". That also surprised me very much in terms of intensity.

My co-author Audrey Lobo-Drost, who is an attachment expert, said that friendship among women is often characterized by exclusivity, confinement, and tremendously intimate feelings. And that sometimes distinguishes this friendship from the partnership with a man, because men simply cannot understand us at all, which of course is also part of the attraction. In addition, we quickly leave out our protective mechanisms for a friend, make ourselves completely naked and, of course, vulnerable.

But why are we so careful and less direct when dealing with our friends?

The more connected, the greater the fear of loss. It is somehow a part of me and when it breaks it feels like an amputation. I am not quite there anymore because I have shared so much with her.

Where does this fear of loss come from?

I think it stems from a deeper insecurity that we may have more in ourselves than we want to admit. We just feel stronger as a couple. Although we do so much in the job and in the partnership and move forward confidently, there is so much fragility in these most intimate, secret feelings and desires that we share with a friend. We take off the masks. Friendships with women are very essential to me and are even worse if they break.

Is this why suspicion comes from other women? For example in the job?

When women network, it often very quickly becomes very personal. At the same time, we find ourselves in competition or envy more quickly, not only in jobs and careers, but also with men and children, but also being with mothers in terms of how we look. Men definitely do that less. We may still be missing that particular gene with which many men struggle unerringly through life, to put it bluntly. We are often insecure and often mix personal connections with factual content. We must first grow into the new role that we want, should and must play in society. We do not yet have this genuine self-confidence, which has developed in men over thousands of years, and perhaps we do not have to have it.

Does the friendship between women in the younger generation still have the same status or are they rather companions?

I don't think the path together is so long as to be judged. It is often only in crises that it becomes clear whether friendship is worthwhile. After a separation or divorce, for example, you need a different intensity of bonding in friendship, so it's no longer just about partying, but about "Who catches me?" And maybe bring me a soup if I do I feel completely alone in the evening.

What are the most common triggers for conflict and breaking friendships among women?

In my view, the most common reason is that we avoid conflict and pretend that nothing is. The fear of the conflict results from fear of loss and that brings us into the conflict on the home stretch. Most of the time it unloads itself from time to time in small, subtle meanings and taunts. Addressing conflicts is therefore also part of an adult friendship, a friendship at eye level. A friendship in which one feels the others. And then you can speak to make the base healthy again. Another reason is jealousy and competition, because the paths of life often bring it with it. One has a family after graduation, works part-time, takes care of the children a lot and would like to work a lot more, the other makes a career, but may actually also want a partner and family. If you don't talk about such things and push it away, it gets bigger and bigger.

And then there is a big bang …

Well, it certainly plays a big role that we open up very quickly, open our hearts and talk everything about the soul. This also makes you very vulnerable and vulnerable. Especially when it comes to intimate details. There may then be a shift in the balance of power. There are often different roles among women friendships: one is often the counselor and if the other does not do as she was told, there is resentment. There is often a lack of awareness and acceptance that this is an independent person. We tend to mix up, a little more distance would also do us good in friendships. No less heart, but maybe not just so full jug sail in and reveal everything completely free of mind.

How do you get a friendship or save it?

A lot of reflection, a lot of communication and also the courage to expect others.

And if the friendship fails anyway?

Then you don't have to be afraid that you won't find a new girlfriend. It is a fairy tale. You don't have to have spent your whole life and most of it together to build a deep friendship. 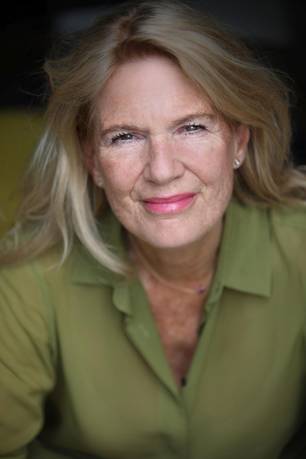 Dorothee Röhrig studied German language and literature and worked for various women's and consumer magazines for many years. She was a founding member and editor-in-chief of the magazine from 2009 to 2015 »Emotion". Her first book "The Five Magical Moments" was published in 2016. Dorothee Röhrig is the mother of a daughter and lives with her husband in Hamburg.