Heart-shaped, large leaves, evergreen, with strong stems: Monstera deliciosa! In South America she writhes liana-like on the trunks of jungle giants, with us the exotic woman is a popular roommate.

Comeback of the houseplant

The Monstera, also known as the window leaf, had its first peak in the 1960s, with open-plan offices, shared apartments and teachers' rooms with ficus and rubber trees. Other jungle plants such as fleshy succulents, tall, shiny aspidistras, marantas with red grains … were set up and displayed in panoramic windows: small next to large, lush next to narrow. Sometimes they were looked after and cared for, sometimes they took care of themselves as dust catchers – and at some point they were out.

In the meantime, they have grown into hip design objects that are no longer only bought in hardware stores, but in trendy shops. The "Plant Station" in Hamburg, for example, offers 400 different plant species in a gas station from the 1950s; Fashion chains such as Urban Outfitters clear shop corners for uteies in macrame pots and mini trees in egg-shaped terrariums.

Social media has thrived the jungle cult. On platforms such as Pinterest and Instagram, "Plantfluencer", influencers who deal with plants show how to turn your home into a green oasis. "Millennials", born between 1980 and 1999, are particularly enthusiastic about botany. Growing up with the Internet and cell phones, this generation wants to get their hands dirty instead of just wiping screens. The time without a cell phone, but with a watering can, is just as important as the online presence – otherwise the houseplant would never have made a comeback. If you search on Instagram for the hashtag "Urban Jungle", you will find around 3.2 million posts – and at least 236,000 photos of the Pilea alone, whose round leaves are reminiscent of UFOs.

And the Monstera? Has become a kind of coat of arms green of the jungle movement and is now emblazoned on wallpapers, pillows, cups. Nice for those who don't have a green thumb at all!

Does it have enough light or too much sun? Does she like heating air? Is she sensitive to train? The correct location is important for the health and growth of the plant. Once you have found your favorite place, the place should not change as often. It is best to get used to a new place in spring when more daylight and warmth flood the rooms, they get a growth spurt and become more robust. And: Not every plant is suitable for animals and children. Ficus, Dieffenbachia, Monstera, for example, are poisonous and should not be nibbled on.

2020 is very popular Tillandsia – also called "Airplant". The warmth-loving plant does not need soil, is supplied exclusively via the air and through regularly sprayed, decalcified water, so it can dangle from the ceiling to save space and without a pot. And it doesn't just look great in the bathroom. Simply attach tillandsia to hooks individually with a nylon cord or rope.

Every plant is different, at Disease and pest infestation but react similarly. Sunburn can cause brown spots on the leaves – time for a change of location. If they fall, this indicates drafts, lack of water or lack of light. If they are completely brown, the air is too dry, if they are yellow or withered, they suffer from waterlogging. White spots can be scale insects – remove with soapy water. If a mushroom is to be seen, it is best to plant it, for example to combat it with a neem oil spray shower. 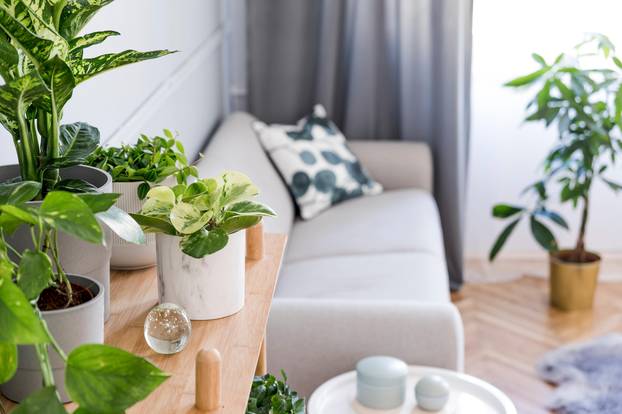 We spend a third of our life sleeping. So looking after a healthy environment makes sense – and plants filter the air, such as pollutants such as benzene from paints. They also give off the irrigation water through the leaves, and the fine steam provides for it ideal indoor climate, Aloe vera, efutute and green lily are recommended: best planted in clay granules – the balls contain no nutrients, bacteria and mold cannot settle. 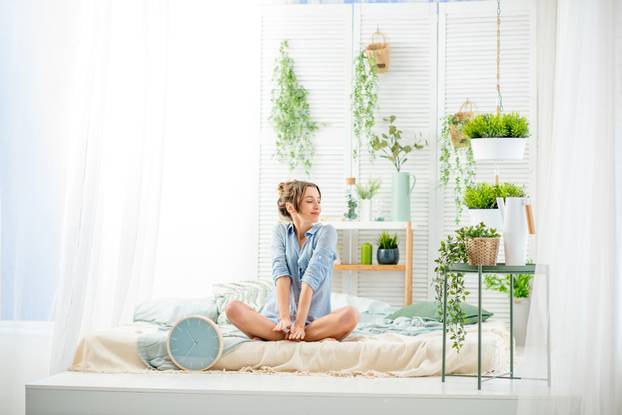 The slightly different vitamin B

Werner Peitzmann is a plant and garden expert at Compo

Do plants also need rest?
Definitely! Plants can be taken care of quickly if they are sprayed, wiped or fertilized too often. And a change of location can be uncomfortable – the Ficus benjamini shows this by shedding leaves.

Does the radiation from television and computer damage?
In fact, the poor lighting conditions near such devices are unfavorable: it is too dark for the plants to get used to.

Would you like to read more about the topic and exchange ideas with other women? Then check out the "Around the Plant Forum" BRIGITTE community past!