surprise, up to 150 euros bonus to open a private account equipped with a CB Gold Mastercard bank card

Free unveils a new app for Android and iOS: “Freebox – My Subscriber Space”

These Crypto Miners Had The Worst Idea Ever, They’re Washing Down Their Graphics Cards

The luxury product caviar can also be a cultural asset

Every day, Alban Cakalli, a small Albanian peasant, goes around the bars to collect the coffee grounds. Faced with soaring fertilizer costs, he reverted to traditional methods of fertilizing his land.

The 38-year-old farmer only owns half a hectare in Mamurras in the northwest of the Balkan country, but he can no longer enrich his crops of vegetables and exotic fruits with the chemical fertilizers used so far.

Under the effect of the coronavirus pandemic and the war in Ukraine, food markets have tightened, fuel prices have soared as have those of nitrogen fertilizers made from gas, of which Moscow is a major producer.

The farmer therefore uses marc, an excellent natural fertilizer according to him and which is found in abundance in a country where coffee is a queen drink. He harvests 40 kilograms daily. 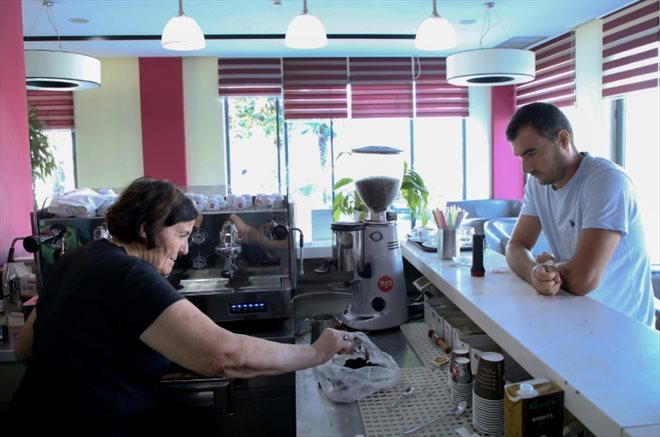 Farmer Alban Cakalli collects coffee grounds from a bar near Mamurras, Albania, on August 2, 2022, to use as fertilizer on his farm (AFP/Archives/Gent SHKULLAKU)

“The Albanians are coffee enthusiasts, among the first in Europe for the quantity consumed”, says Alban Cakalli.

The process is time-consuming because you have to go around the Grand Dukes before mixing the marc with herbs and composting it for three months. But these residues are “rich in nitrogen, magnesium and potassium and replace chemical fertilizers very well” in addition to being “repellent for insects”, he underlines.

It is difficult to obtain figures in the poor country where out of 350,000 farmers, 280,000 are independent small farmers. But many have returned like Alban to traditional methods, according to several testimonies.

According to specialists, inputs, fertilizers and fuels represent more than 45% of the cost of agricultural production. Albania imports all of its fertilizers due to the destruction of its factories after the fall of communism in the early 1990s.

“Coffee grounds save me between 1,500 euros and 2,000 euros a year,” said Alban Cakalli, whose wife is expecting their third child.

Faced with the slump in cucumbers and tomatoes, which have become more expensive, the farmer has diversified. He turned to exotic productions – passion fruit, goji berries – one of the few happy effects of Covid-19 which halted imports from South America just as demand was increasing. .

“During the pandemic, these fruits were highly sought after because they are known to help strengthen the immune system and for their antioxidant properties,” explains his wife Juli Cakalli, a 34-year-old nurse.

This year, Alban Cakalli harvested half a ton of passion fruit whose bewitching scent mingles with that of coffee. They are sold for 15 euros per kilo, a significant sum in Albania where the average salary is 460 euros.

“People like them a lot, their scent is fantastic, even better than those of the countries of origin because everything is fresh,” he says, believing that the exotic is a survival track for Albanian agriculture.

“To all things misfortune is good”, also notes Alban Zusi, an entrepreneur who for a year has been producing organic fertilizers from animal waste in Lezha, in the north of the country.

“Despite the difficulties, there are plenty of opportunities,” adds Fatmir Ndoji, chef at a renowned agritourism farm-restaurant in the region. “To create happiness in the mouth, what counts is quality”.