Does the name Nakaba Suzuki mean anything to you? If not, know that it is the mangaka who hides behind Seven Deadly Sins, of which a video game adaptation was also released by us a few years ago. And today, we would like to tell you about his new series: Four Knights of the Apocalypse.

Still published by Pika Édition, the first two volumes reached us recently. In Japan, five volumes have so far been published, with the third arriving in France next month (April 2022). A very fresh series, therefore, which says goodbye to the deadly sins to give pride of place to the horsemen of the Apocalypse.

If the popularity of the adventures of Meliodas has allowed the series to span no less than 41 volumes, will this be the case for this new story? We don’t have a crystal ball to tell you, but it’s in any case all the harm we wish the artist and the publishers who follow him around the world.

This new series therefore invites us to follow Percival, a young man who lives alone in the mountains with his grandfather. Happy in the company of the latter, a tragedy finally occurs on the day of his sixteenth birthday. A knight from Camelot attacks them in order to counter the prophecy of the “Four Knights of the Apocalypse”, four warriors supposed to overthrow King Arthur. Following this fight, Percival is forced to go on an adventure to seek answers about the identity of his father and the reasons why the Holy Knights go after him.

A rather classic start to the screenplay, which takes us on an adventure that seems just as classic. Four Knights of the Apocalypse is of the caliber of these nekketsu thought to expand over time and unfold over several dozen volumes, as the ideas burst into the head of the author.

From there, you will have understood, the characters are also quite classic, with a naive Percival with a pure heart. The other characters are not more original, with in particular Elba and Donny who are not without reminding us of some characters already crossed in a previous series (same for Percival, by the way). But that’s not a bad thing, many mangakas tend to keep their emblematic chara-designs as a base (like Hiro Mashima or Hiromu Arakawa for example). 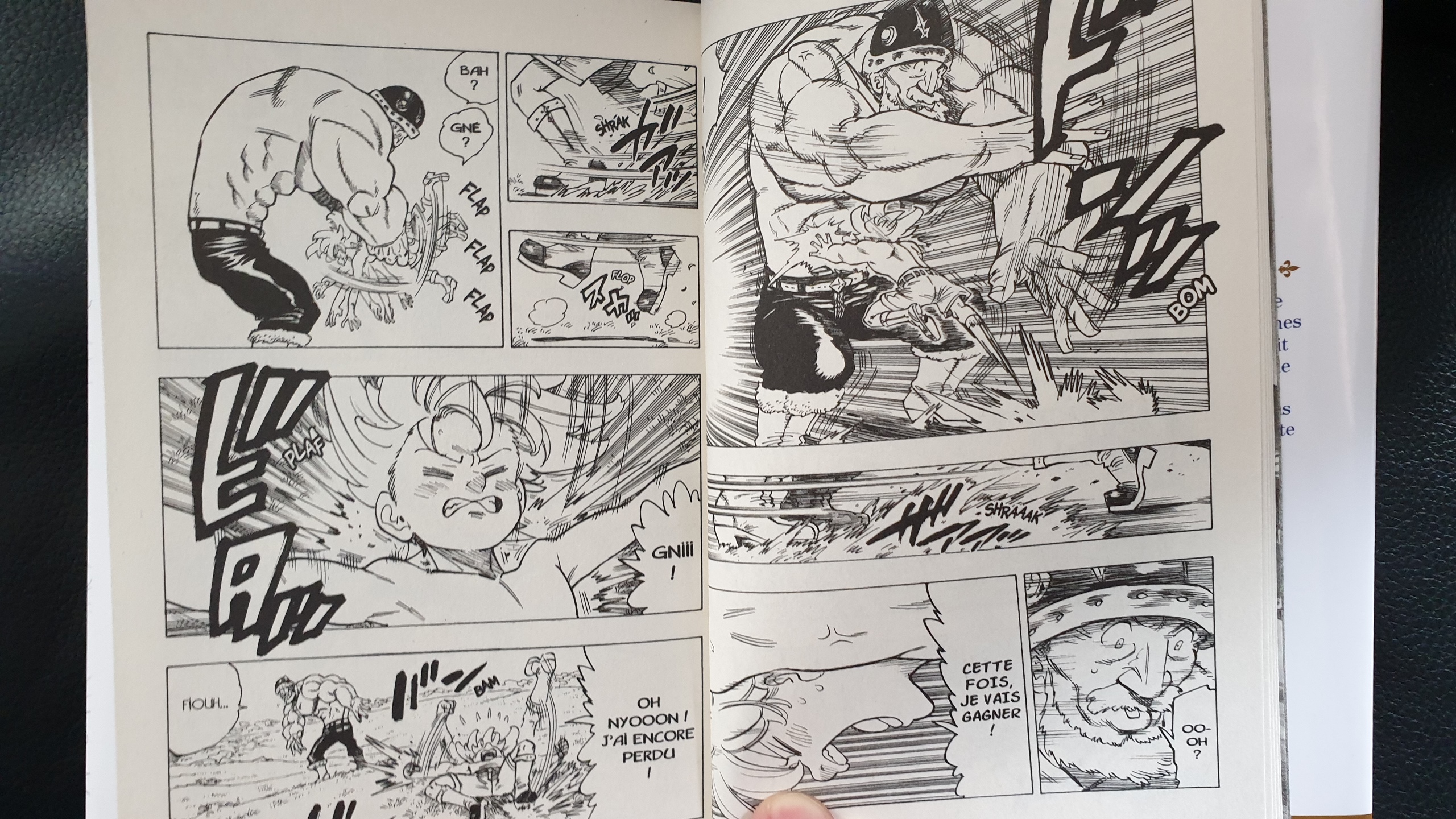 Although classic, the story still offers us something interesting, which shows plenty of potential for future development. Percival and his new companions already face several obstacles and, nekketsu obliges, our hero has a range of incredible and unsuspected powers that the reader can take pleasure in discovering.

Moreover, and even if the story takes place many years after the events of Seven Deadly Sins, reading this series is not an obligation to understand the script elements that are offered to us here. The two stories are not closely linked, except for a few very simple threads to grasp.

Should we fall for Four Knights of the Apocalypse?

Therefore, we can say that Nakaba Suzuki offers us a small dose of the known world that we appreciate, coupled with a bit of new which is never unwelcome. His artistic touch can be recognized greatly in the characters, as well as his script construction which is reminiscent of a field, too, already known.

The potential for development is also very present, with a Percival in search of understanding who, with each bit of answer, discovers new mysteries to solve. There is no doubt that the author still has a lot to present to us in this series.

Buy Four Knights of the Apocalypse on Amazon

Thus, we recommend Four Knights of the Apocalypse to those who enjoyed the previous series, or to those who enjoy classic nekketsu. The reading fun is present, and we feel that the sequel will be just as engaging.