Talks with the US are a “major opening” to avoid a trade war, says Le Maire

The Witcher: Blood Origin has a new trailer… and it’s not half measures! A plane from the Russian company Aeroflot at Moscow airport, April 4, 2020 (AFP/Archives/Yuri KADOBNOV)

From Germany to Sweden, via France and Italy, European countries have decided to close their airspace to Russian companies, in retaliation for Moscow’s invasion of Ukraine, a measure to which s also joined Canada.

On Sunday, the German Transport Ministry “declared a flight ban for Russian aircraft and aircraft operators in German airspace” from 2:00 p.m. GMT.

Berlin clarified that this ban was valid for three months but did not concern any humanitarian flights.

After seeming to hesitate, France also finally announced a similar measure in the middle of the day: “France is closing its airspace to all Russian planes and companies from this (Sunday) evening. To the Russian invasion in Ukraine, Europe responds with total unity”, underlined the Minister Delegate for Transport Jean-Baptiste Djebbari, on Twitter.

“In Europe, the sky is open (…) to those who connect people, not to those who commit brutal aggression”, justified Belgian Prime Minister Alexander De Croo on Twitter.

“There is no place in Dutch airspace for a regime that applies unnecessary and brutal violence,” said Dutch Infrastructure Minister Mark Harbers.

The government of Luxembourg, a major platform for cargo planes and the transport of freight in Europe, also indicated that it was “preparing the necessary notifications to close” its airspace to Russian companies as of Sunday.

In northern Europe, Finland, which has a border of more than 1,300 kilometers with its Russian neighbor, Sweden, Denmark, Norway and Iceland also announced such measures on Sunday. 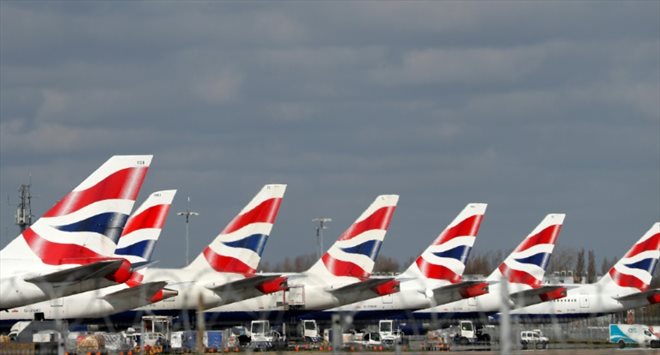 These countries join in particular Poland, the Czech Republic, Estonia, Bulgaria, Moldova and the United Kingdom.

Outside Europe, Canada, the second largest country on the planet, has also announced such a decision.

With many countries having already closed or announced the closure of their airspace, Russian air traffic finds itself facing a very large no-fly zone, forcing flights to huge detours.

Several countries, including France, Italy, Denmark and Sweden, have called for a coordinated European response.

At a scheduled meeting of European Union foreign ministers on Sunday, “we will push for an EU-wide shutdown,” Danish Foreign Minister Jeppe Kofod said on Twitter.

The Russian invasion of Ukraine “must be countered by the strongest possible international sanctions”, he called.

“We want (the closure of the airspace, editor’s note) to be done as quickly as possible, and the best and fastest would be if it were done at European level”, also affirmed the Swedish Minister for European Affairs Hans Dahlgren. .

In retaliation, Moscow has begun to ban the overflight of its territory to planes linked to European countries that have announced such decisions in recent days, such as the United Kingdom, Latvia, Lithuania, Estonia, Slovenia, Bulgaria, Poland and the Czech Republic.

In unison with a growing number of Western airlines, Lufthansa – Europe’s leading group with the Lufthansa, Condor, Swiss, Brussel Airlines brands – decided on Saturday to suspend flights to and over Russia for a week, saying anticipating retaliatory measures from Moscow.

Air France announced for its part on Sunday temporarily suspending “the service and overflight of Russia” and will no longer provide its connections to Moscow and Saint Petersburg until further notice “given the situation in the region”.

As a result, the airline is also suspending flights to and from China, Korea and Japan, “time to study flight plan options to avoid Russian airspace”.