The future of Sonic Frontiers in the works

Gestational diabetes affects around five percent of pregnant women. Many women do not notice any symptoms, so everyone should have a routine pregnancy test for diabetes. With a timely diagnosis, serious complications can be prevented.

Gestational diabetes can usually be easily controlled by changing your diet.
© iStock.com/AleksandarNakic 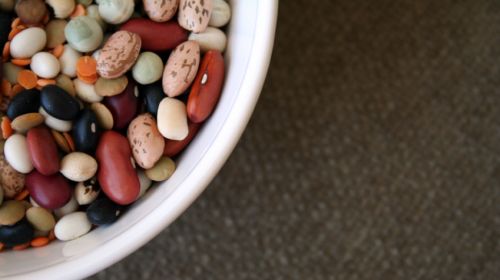 In order to track down gestational diabetes, the doctor carries out a test (sugar exposure test, oral glucose tolerance test, oGTT). For this purpose, blood is first drawn from the pregnant woman on an empty stomach in the morning in order to measure the blood sugar concentration when fasting.

Then the pregnant woman must quickly drink 250 to 300 ml of water with 75 g of dissolved glucose. One and two hours later, a blood sample is taken again and the blood sugar level is determined. In women with gestational diabetes, glucose is broken down more slowly. Therefore, blood sugar levels are higher after one and two hours than in healthy people. When at least one of the three limit values ​​is reached or exceeded, this is called gestational diabetes.

Many women ask themselves: Which values ​​are normal? This table provides information on the limit values ​​(according to IADPSG and WHO) of blood sugar levels in gestational diabetes:

Food (groups) that have a negative impact on gestational diabetes:

In order to prevent serious health problems for mother and child, gestational diabetes must be treated quickly. Otherwise, the mother is at risk of pregnancy-related high blood pressure (preeclampsia), seizures and increased (urinary tract) infections. The unborn child can suffer from developmental disorders or even die from undersupply of the placenta. In addition, the child's overgrowth may cause birth difficulties.

In the treatment of gestational diabetes, the mother's own initiative is primarily required. Because the blood sugar should be normalized as gently as possible for the child. Therapy with tablets is often not possible as these can damage the unborn child via the placenta. Therefore, the first attempt is to normalize blood sugar by changing the diet and increasing physical activity. With this basic therapy, the problem can be managed well in 80 percent of women with gestational diabetes.

If this does not work, insulin therapy must be started for gestational diabetes. Depending on the blood sugar profile, it may be enough to inject a fast-acting insulin before the main meal or a long-acting, so-called basal insulin must also be injected before going to bed. In some cases, an insulin pump is required. In any case, the pregnant woman must measure her blood sugar regularly with test strips to check the values.

Signs and symptoms of gestational diabetes:

There are three important risk factors for developing gestational diabetes. Without at least one of these risk factors, glucose metabolism is unlikely to derail during pregnancy.

Hormones are increasingly produced during pregnancy – some act as antagonists to the hormone insulin, which is responsible for lowering the blood sugar level. In the last third of pregnancy in particular, the mother cake (placenta) increasingly forms progesterone, prolactin and estrogen, which increase blood sugar. The pancreas must therefore intensify insulin production in order to keep blood sugar levels within the target range. If this fails, gestational diabetes develops.

In about 80 percent of women with gestational diabetes, blood sugar levels can be managed by changing the diet and increasing physical activity. After childbirth, the sugar metabolism normalizes in the majority of cases. Nevertheless, there are consequential risks: women who had to deal with this health problem during pregnancy are very likely to be affected again in the next pregnancy. In addition, almost one in ten of these women will develop type 2 diabetes later in life.

The child is also at greater risk of being born with a higher weight, later suffering from obesity and developing type 2 diabetes.

Especially before and during pregnancy, women should make sure that they exercise regularly and eat a balanced diet and strive for normal weight. If diabetes mellitus is common in the family, the risk of gestational diabetes is increased. To prevent this, a healthy lifestyle is even more important.

Even if the blood glucose level is back to normal shortly after delivery, women who have had gestational diabetes should check the level regularly. Because the risk of developing type 2 diabetes after the birth of their child is significantly increased.

A first blood sugar test is useful six to twelve weeks after birth. If nothing abnormal is found, women should have their blood sugar level checked every two or three years in order to be able to recognize and treat imminent diabetes as early as possible.

To prevent gestational diabetes from developing into a permanent and serious illness after childbirth, experts recommend mothers to breastfeed their baby for at least three months. The following also applies after childbirth: If you pay attention to a healthy lifestyle with sufficient physical activity and a fresh, balanced diet, you lower your risk of diabetes.