Strike calls have been launched for the next few days at GRDF (gas distribution) and the manager of the electricity distribution network Enedis, in the midst of negotiations for wages (AFP/Archives/NICOLAS TUCAT)

Strike calls have been launched for the next few days at GRDF (gas distribution) and the manager of the electricity distribution network Enedis, in the midst of negotiations for wages, we learned from the organizers on Tuesday.

After the signing on October 18 of a branch agreement in the energy sector, it is now up to companies to negotiate internal measures to offset inflation, as recently at EDF where an agreement made it possible to put an end to work stoppages at nuclear power plants.

“In order to influence the negotiations, all mobilized on November 3”, proclaims the inter-union of Enedis in a leaflet. 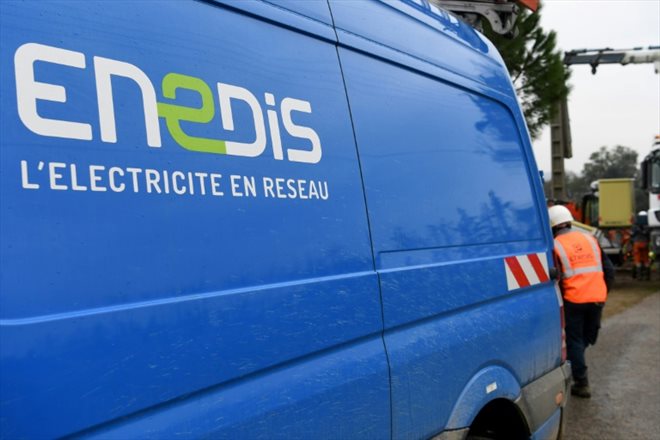 The management of Enedis told AFP that it had presented a first proposal including a 2.3% increase for all employees, in addition to the increase in the branch salary, plus individual measures, all representing a ” global salary increase budget of 7%”.

“A mid-year review clause has also been proposed if inflation turns out to be higher than forecast,” she added.

At GRDF, employees will be encouraged to strike on Wednesday at the call of the only CGT, the company’s first trade union organization (46.58% in the last elections).

During two negotiation sessions on October 25 and 27, “we got something back, but it’s not enough,” Sébastien Raya, central CGT union representative, told AFP.

GRDF proposed “to add 2.3%” salary increase to the branch agreement “and we are asking for 4.6%”, he explained to AFP.

Contacted by AFP, GRDF management could not be reached immediately.

For Mr. Raya, distribution employees, “whether at Enedis or GRDF, are the poor relations” of these wage negotiations, compared to employees of GRT-Gaz (gas transmission network) or nuclear power plants. , who won their case, given the threat that their strikes posed to France’s energy supply this winter.