End of pandemic in sight in Europe?, tensions in Brussels… update on the coronavirus

This 4K smart TV is less than €300 during the winter sales!

Sandrine Kiberlain: this heavy family past that “haunts” her: Current Woman Le MAG

A study has unveiled the ranking of athletes who have touched the most money per minute in 2021.

And it’s Conor McGregor who tops this ranking established by OLBG.com. Highest-paid athlete in 2020, the Irish UFC fighter has made $ 8,695,652 (€ 7,655,971) per minute over the past 12 months. As a reminder, he climbed twice in the octagon and lost twice against Dustin Poirier.

Note that this ranking also makes it possible to see how long it takes for athletes to reach the million dollar mark. Thus, Conor McGregor takes 7 seconds when Kylian Mbappé (39e) takes 2 hours and 23 minutes. 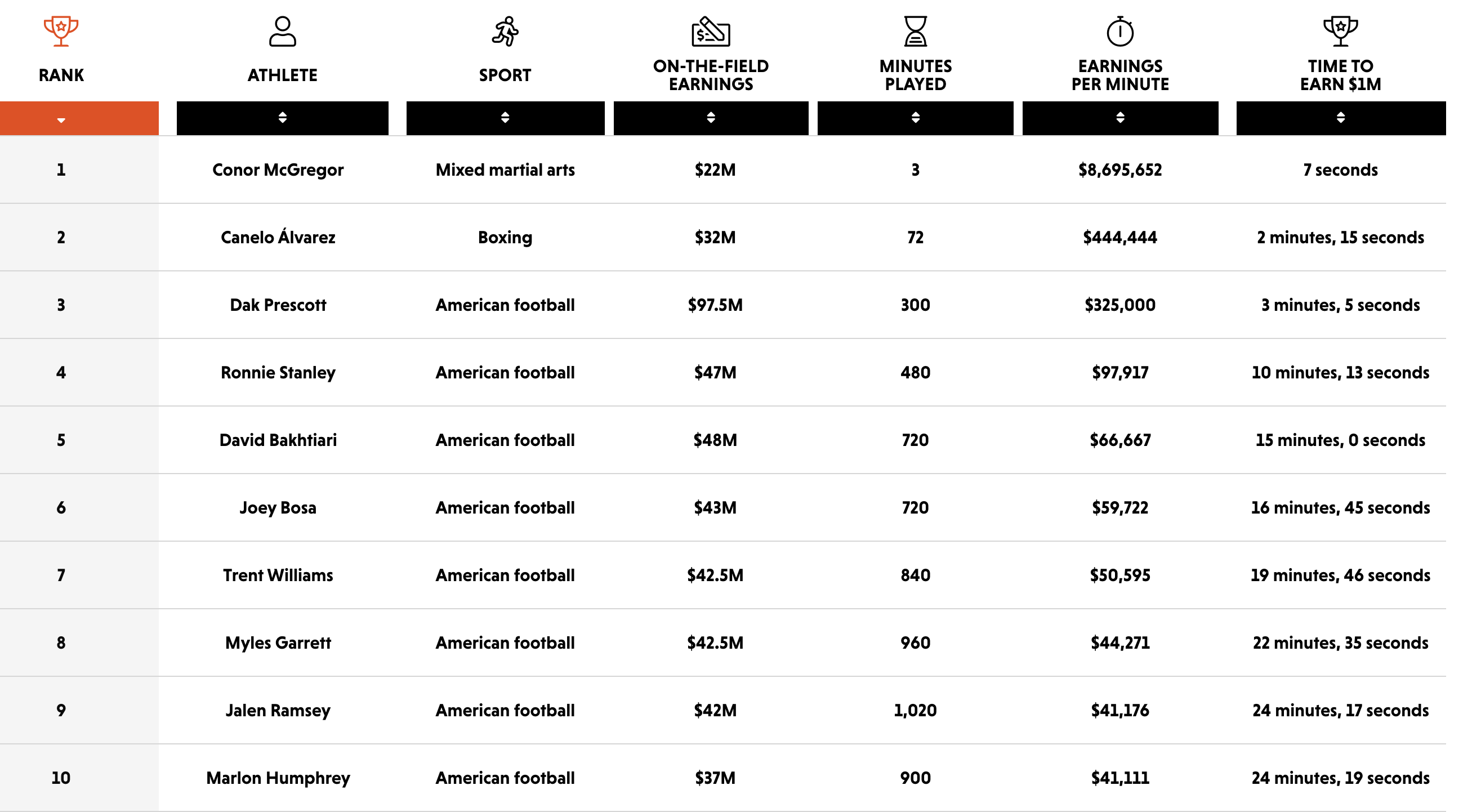