Far from the hustle and bustle of big cities, refugees in French rural areas benefit from tailor-made support, which brings together the ingredients for accelerated integration. A “win-win” settlement for refugees, local communities and above all companies, who are rubbing their hands.

For a few months, Alain Capella has been a happy boss. In his family sawmill in Aigueperse (Puy-de-Dôme), his two logger positions are finally filled. A small miracle for the 55-year-old entrepreneur.

He obviously turned to Pôle emploi. Result: “One call per month”, he says under the sun which bathes his stock of wood, at the end of February.

Last summer, a boss of the construction industry told him that he had hired a roofer, installed at the temporary accommodation center (CPH) in Pessat-Villeneuve, about fifteen kilometers away. He in turn calls…

The method has been talked about in Aigueperse, whose city center, organized along the old national road, has been devitalized since the motorway passes nearby: the shops are drawing the curtain, the houses are for sale. 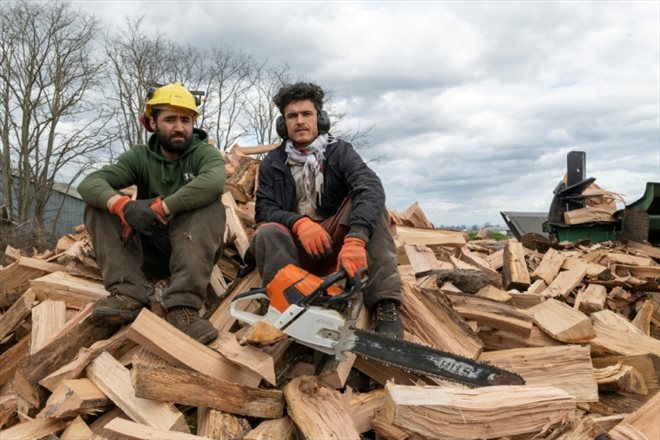 “I was told + couldn’t you have found someone else? + My employee at the time even resigned. He told me + I don’t work with ‘bougnoules’ +. explains that they take the work of the French, except that the French who want to work, I find more”, laments the boss, usually “not particularly sensitive” to the fate of refugees.

His two Afghan loggers “are beyond reproach”: “Always on time, no phone breaks. If I don’t tell them, they don’t even stop for lunch!”

This former butcher from the province of Kapisa, 25, arrived in Paris in 2019, but it took two years and a transfer to Pessat-Villeneuve for him to find this first job.

“It doesn’t matter that I live in a village here. If you’re in a big city and you don’t work, it’s useless,” he told AFP. 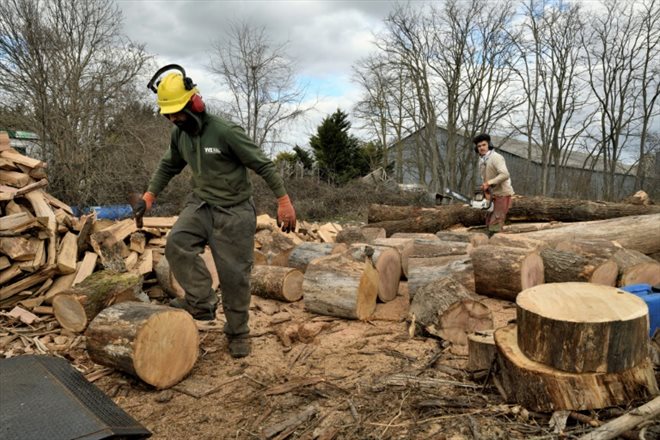 Its center, which accommodates 70 people, has become a pool that irrigates employers in the region.

“Refugees are starving for integration,” summarizes Dominique Charmeille, general manager of CeCler, the local association that manages the CPH.

“Professional integration is the heart of the action to make citizens. But we have to do in the lace. We cannot take refugees and place them en masse in the desert areas of France. We have to support and a win-win relationship with the territory.”

In Pessat-Villeneuve, which boils down to a church, a town hall and a school, the arrival in 2015 of the first migrants evacuated from Calais had generated strong tensions. Since then, their establishment has enabled the opening of a CP-CE1 class and a bus line. The mayor was re-elected.

In this region, “there are all the elements of the virtuous approach, a mixture of tradition of reception, political will and an ecosystem of local NGOs”, observes the interministerial delegate for the reception and integration of refugees, Alain Régnier, who welcomes this quiet integration.

Boss of Forges Pinay, where cold metal is pressed, neither Pôle emploi nor temporary agencies find a candidate.

“I have people who tell me eye to eye + I earn more without working +”, plague the employer, glasses on his forehead and hands blackened by work.

“I know all the employers in Thiers. They are all crying. No one wants to work anymore. But we have to produce well!”, explains the employer of Ibrahim and Zakaria, respectively South Sudanese and Sudanese resettled in France after years spent in camps in Chad. 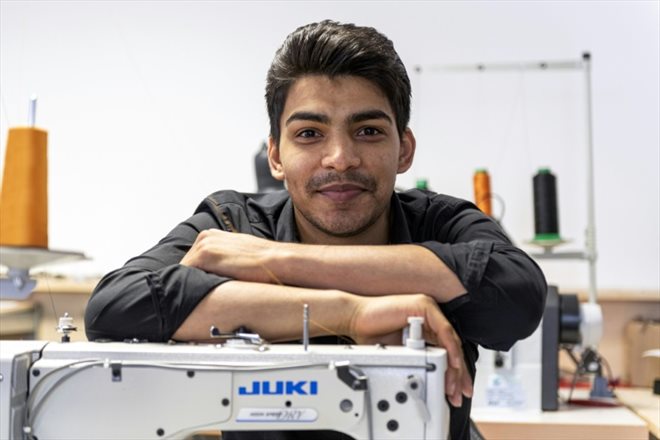 Hamidullah Hussaini, a 24-year-old Afghan, won a permanent contract as a designer in an SME in Issoire (Puy-de-Dôme). “It’s my family here,” he smiles.

After Paris, where he knew the street and the nights in the stations, his arrival in the region was a “rebirth”. “Before, I was only with Afghans. Here, I am much more in contact with the French. It’s faster to integrate”, even if there are “fewer bars and weight rooms “, he laughs.

His social worker offered it to the SME when he made a thousand masks for the inhabitants of Pessat-Villeneuve, during the first confinement.

Today, the village hosts a hundred displaced Ukrainians. And the tenants of the CPH like Sherbaz Safizada participate in the reception, welcomes the CeCler association.

The lumberjack continues to cycle 30 kilometers round trip to the sawmill. “Because he groans against the trains that are always late,” laughs his social worker. “If that’s not integration.”