The successful BBC and HBO co-production “His Dark Materials” comes to an end in a final 3rd season as intended by the series creators. The last chapter will appear in December 2022, in which the story about the girl Lyra and her daemon will be told to the end. Both the US broadcaster HBO and the British broadcaster BBC have now released their first official trailers.

HBO and BBC have now announced the official start date for the grand finale of His Dark Materials. From the December 5, 2022 Season 3 celebrates its premiere. The total 8 episodes will weekly in double episodes aired through December 26, 2022.

HBO has now released an official trailer for the third season of “His Dark Materials”. Here we see Asriel getting ready for the upcoming war and it becomes clear that he will risk everything for his beliefs. Meanwhile, the Magisterium is scrambling to get their hands on Lyra. Lyra and Will, in turn, embark on a dangerous journey.

Previously, the BBC had also released an official trailer for the upcoming final season of the fantasy series. This again shows slightly different pictures than the new HBO trailer.

In order to shorten the waiting time a little more, HBO recently published the first pictures of the new season. Among other things, we get a first glimpse of the angels, some of whom will cross our path in the new season.

“His Dark Materials”: Storyline of Season 3

As expected, Season 3 will adapt the content of the 3rd novel in the His Dark Materials book series. This bears the title “The Amber Telescope” (originally: “The Amber Spyglass”).

Producer and production designer Joel Collins told RadioTimes magazine that a third season would be far “weirder and more complex” than the first two seasons. In terms of both “plot, visuals and storytelling,” viewers can expect an even more elaborate journey.

According to showrunner Jack Thorne, the institution of the Magisterium and the character of Father MacPhail should be examined more in a future sequel. MacPhail is just establishing himself as a standout of the Magisterium in Season 2, and in Season 3 he’ll make some decisions that will take him beyond good and evil.

We will also find out what happens next with Lyra and Will, because the two are in great danger in Book 3. Namely, with the help of their friends, they go to the world of the dead. Meanwhile, the mortal world is locked in a bitter conflict. Will the children still be able to prevent the worst? 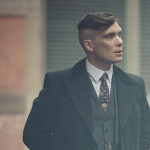 The arrival of the angels will also play a central role, as Lord Asriel can convince several of the extraterrestrial creatures to support him in his war against authority. The authority based on the biblical God in the books is viewed by Asriel as a dictator who has enslaved mankind.

Now Asriel finally wants to throw off the shackles imposed on him and all of humanity by authority. He will not shy away from violence or a possible war with countless victims.

“His Dark Materials”: Cast and Production of Season 3

Even before the official go-ahead from the BBC and HBO, showrunner and screenwriter Jack Thorne has hinted that a third season of His Dark Materials is already in the works. When the series was then officially renewed, Thorne naturally insisted on continuing to be part of the last part of the story. And Jane Tranter will also be back on board as a producer for Season 3.

So far one can assume that for a 3rd Season Main cast members from “His Dark Materials” will return. Above all, Dafne Keen, who plays the main character Lyra, will slip into her role one last time in the final season.

His Dark Materials miniseries is based on the books by author Philip Pullman. Season 2 will be out in the US soon. If you are looking for alternatives in the meantime, you will find them here.

James McAvoy will definitely also be seen in his role as Lord Asriel. And not only that! Although little has been heard of Lord Asriel over the last two seasons, now we will get a deeper insight into Asriel’s machinations and plans. Lyra’s father now embarks on an open war against authority and will stop at nothing to achieve his ends.

And also the rebellious angels Balthamos, Baruch and Xaphania, who will play a big role in the upcoming episodes, have with the actors Kobna Holdbrook-Smith (“Justice League)”, Simon Harrison (“Endeavour”) and and Chipo Chung (” Into the Badlands”) finally found their actors.

Unfortunately, the dubbing voice of Lord Asriel’s snow leopard daemon Stelmaria also had to be recast. Stelmaria was previously voiced by actress Helen McCrory (“Peaky Blinders”), but tragically she died in 2021 after a long battle with cancer.

You can find one here tweet, which complements the article. With one click you can display it.

It was recently announced that “The Crown” actress Victoria Hamilton will follow in McCrory’s footsteps. Hamilton was last seen in a role on the Sky Original series Cobra.