Aldi against Nanoleaf and Co.: Smart LED panels in a discounter deal

Covid-19: what are the five treatments recommended by the WHO and in which cases?

Honor has formalized the Magic V in China, its first foldable smartphone. Marketed from 1,400 euros, the smartphone offers a beautiful technical sheet, with an external screen offering the same experience as a classic flagship, a high-end technical platform and a photo configuration that does not leave you indifferent. Here is a detailed presentation.

We had an appointment today with Honor. The former subsidiary of Huawei today organized a conference to present the Magic V. The subject of this conference was not a surprise, since the brand had widely spread the secret on social networks. It is obviously a foldable smartphone with a flexible screen. It will therefore naturally compete with the Galaxy Z Fold 3 from Samsung or the Find N from Oppo.

The arrival of Honor before Xiaomi, for example, is very encouraging for this brand which has only just made its comeback with the Honor 50. And Honor does not hesitate to compare itself to the competition to explain these choices. The first of these choices is the format of its external screen. Honor quotes a study explaining thata foldable phone user uses the external screen more than the main screen. It is not a surprise. But confirmation is always good to take.

Hence the idea of ​​offering a panel in a standard format. Here the external screen measures 6.45 inch. And its ratio is 21: 9 like on any other phone. It’s a screen OLED of course whose definition is Full HD +, for a resolution of 431 pixels per inch. The refresh rate is 120 Hz and the brightness of 1000 nits maximum. There is a punch for a selfie sensor. 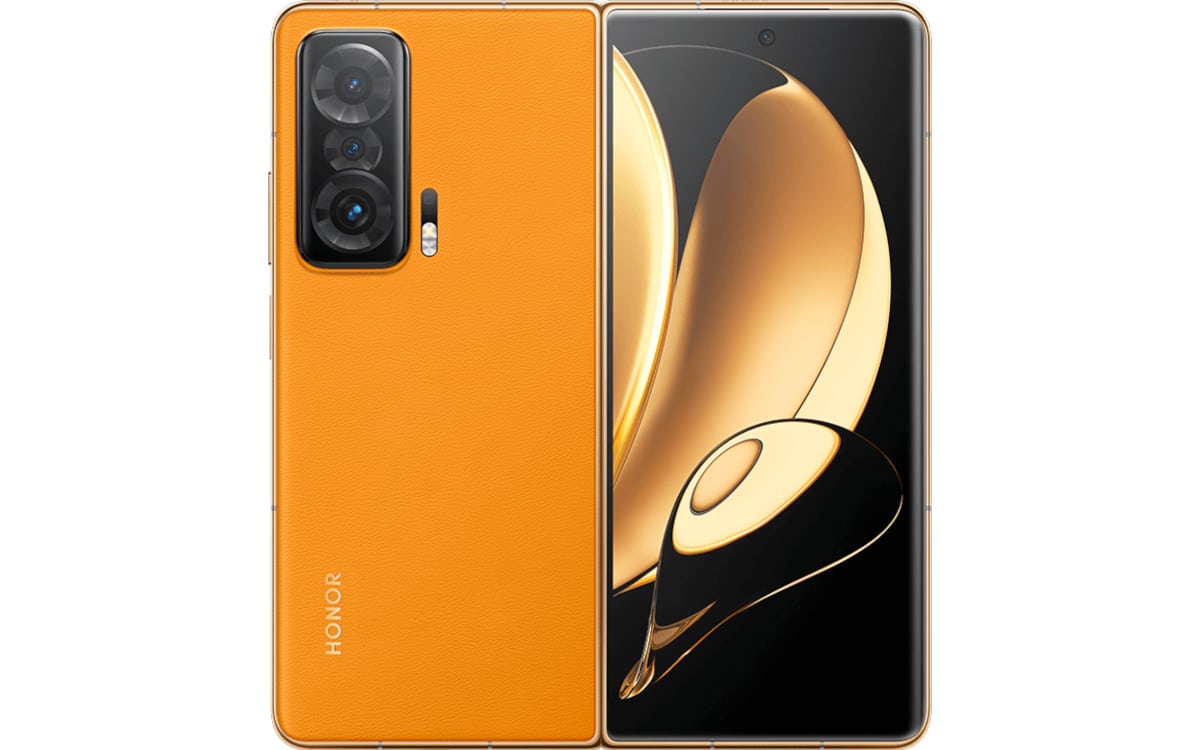 The internal screen is also OLED. It measures 7.9 inch. This is the largest of the internal screens for a Z Fold 3 type smartphone. Honor compares this phone to the iPad Mini. And it makes sense: the tablet’s screen measures 8.3 inches. That’s just 0.4 inch less. The definition is equivalent to Full hd (2272 x 1984 pixels) for a resolution of 381 pixels per inch. The refresh rate is 90 Hz and the brightness is 800 nits. It seems low, but Honor promises much lower reflectance than the competition, helping to reduce power consumption.

The hinge is made up of 213 pieces. It was developed in-house. And it’s made of carbon, zirconium, and titanium. The smartphone measures 6.7mm when opened and 14.3 mm when it is closed. Which makes it one of the thinnest foldable smartphones (the Find N measures 14.4mm).

Under the hood we find the Snapdragon 8 Gen 1, the latest chipset from Qualcomm. It is engraved in 4 nm. It is 5G compatible, thanks to the famous modem Snapdragon X65 with which Samsung recently broke download speed records. The Magic obviously integrates two batteries. The battery capacity offered by the Magic V reached 4750 mAh, a figure higher than what you can find at Oppo or Samsung. The smartphone is compatible with fast charging 66 watts. Honor promises a 50% recharge in less than 15 minutes. 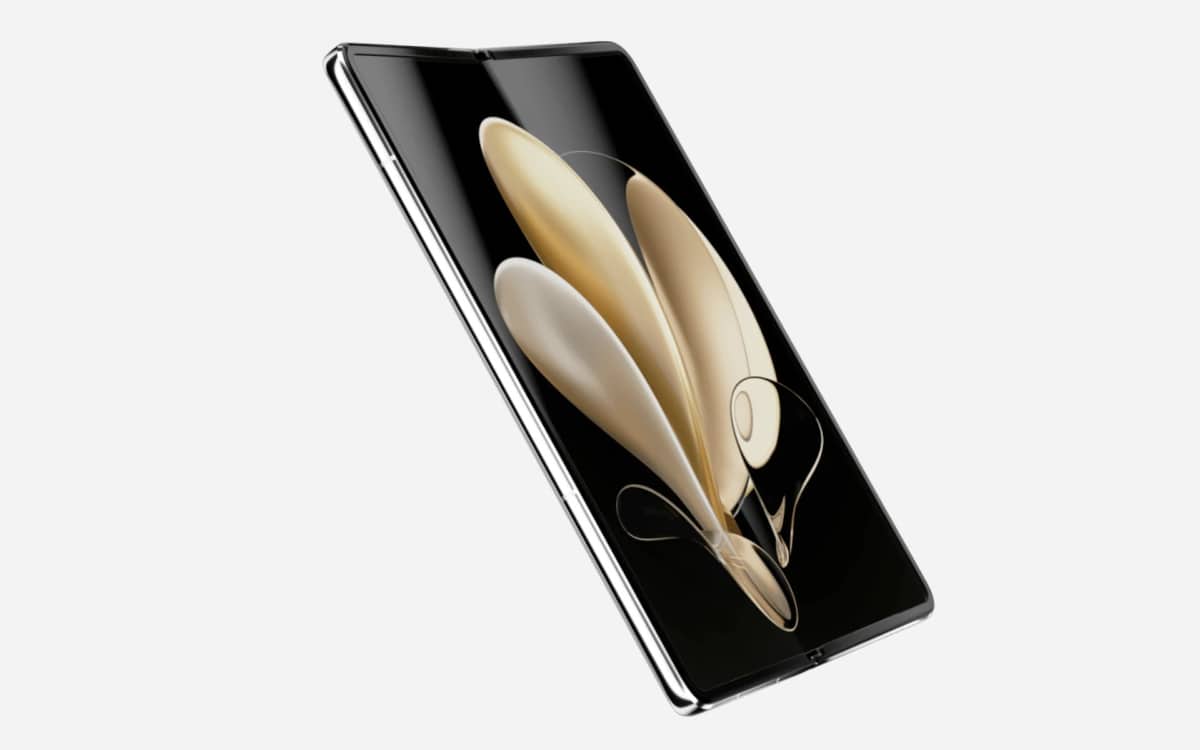 On the photo side, we find six important elements: two selfie sensors of 42 megapixels, three sensors in the main module and a ToF camera which acts as laser autofocus. The three main sensors are 50 megapixel models. Honor therefore plays the card of homogeneity. A main sensor with lens opening at f / 1.9. A secondary sensor with wide-angle lens opening at f / 2.2. And a booster sensor that doesn’t take pictures, but improves those of others. This is not trivial. We regret here the absence of optical stabilizer and optical zoom.

The price of the Honor Magic V starts at 1400 euros

The rest of the technical sheet is fairly standard. Note, however, the presence of a fingerprint reader on the edge, under the power button, as well as two balanced speakers (also located on the edges). The set works with Magic UI 6.0 (based on Android 12), the new version of the Honor interface. The Magic V is available in three colors: metallic gray, black and orange. 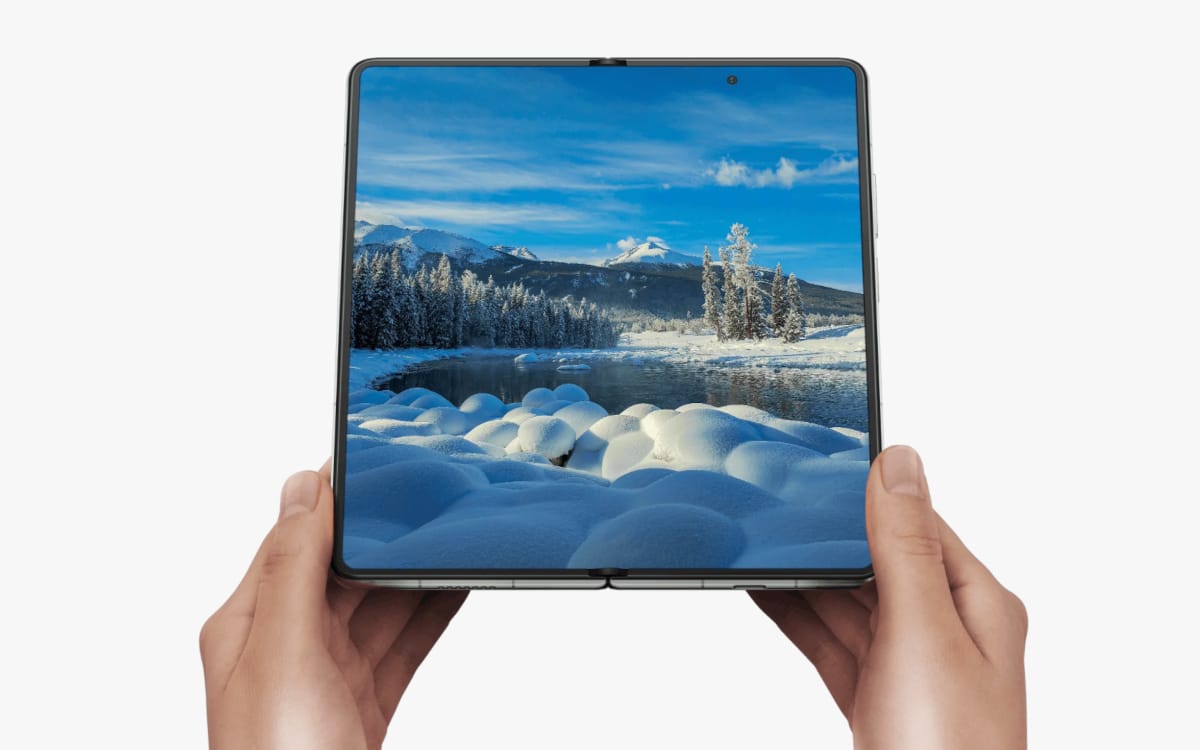 Two configurations will be available: 12 GB of RAM + 256 GB of storage or 12 GB of RAM and 512 GB of storage. The price starts at 9,999 yuan and goes up to 10,999 yuan, or a little less than 1,400 euros for the first and a little more than 1,500 euros for the second. Which is much more expensive than the Find N. Commercial launch is slated for China on January 18 after a week of pre-ordering. Europe will logically not be affected.