After a few weeks of pre-orders, the Samsung Galaxy S22 Ultra is now available in France. By associating it with a 5G plan with commitment, it is possible to drop its price to 479 euros (+8 € / month). We explain how to do it. 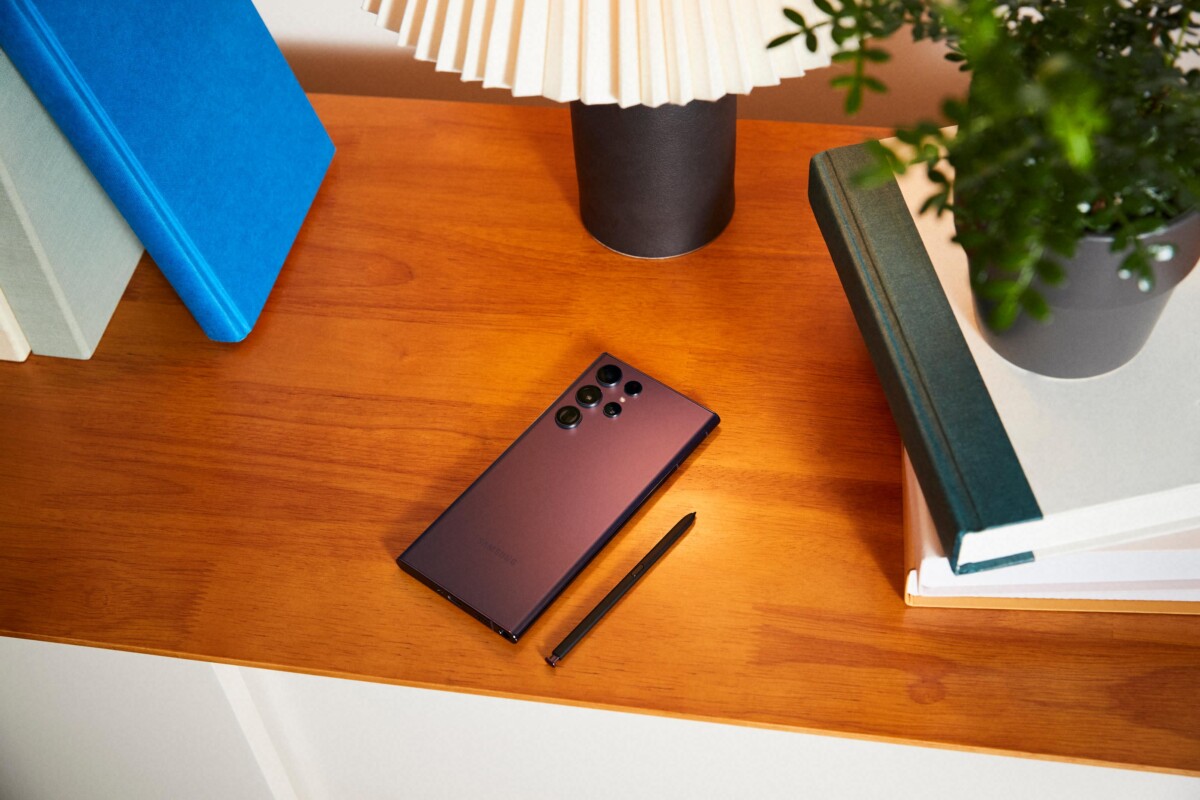 Announced just a few weeks ago, the Samsung Galaxy S22 Ultra is positioned as the most premium model in the all-new S22 series. A large format smartphone, with an XXL screen and the S Pen, which is reminiscent of the late Galaxy Note in principle. Officially available since February 24, the Galaxy S22 Ultra is now available from SFR, which offers one of the most interesting offers of the moment.

The operator has decided to integrate the Galaxy S22 Ultra into its 5G packages with Bonus Smartphone, so as to deflate the bill. By subscribing to the 5G 150 GB package from SFR with a two-year commitment, you can thus obtain the Galaxy S22 Ultra at 479 euros (+8 euros per month) thanks to an ODR of 50 euros. We will explain everything to you.

How to lower the price of the Galaxy S22 Ultra with SFR’s 5G plan?

High-end smartphone requires, the Galaxy S22 Ultra is currently sold at the very high price of 1259 euros. Thanks to the 5G 150 GB package with Bonus Smartphone from SFR, you can however drastically lower the bill. This package allows you to benefit from a host of advantages related to your telephone, the most interesting being without a doubt the possibility of obtaining a mobile at the best price. In the case that interests us today, this will allow you to obtain the brand new Galaxy S22 Ultra at 479 euros (+8 euros per month for 24 months) thanks to an ODR of 50 euros.

The SFR 5G 150 GB package with Bonus Smartphone is offered with a two-year commitment at the rate of 30 euros per month the first year, then 45 euros the following year. And if you are already an SFR box customer, know that you will get an additional discount allowing you to lower the bill to 22 euros per month for the first year, then 37 euros for the following twelve months.

The 5G plans with Bonus Smartphone offered by SFR benefit from premium services that allow you to take full advantage of your brand new terminal. This is the case with this 5G 150 GB package which offers you each month:

Thanks to the Smartphone Bonuses, you can also obtain a guaranteed recovery rate if you want to change mobile, change terminal at an advantageous price or even benefit from various guarantees in the event of a problem. If something bad happens to your mobile (breakage, theft, loss, etc.), SFR lends you a replacement phone quickly and free of charge.

A sublime and perfectly calibrated screen

If there is one thing that strikes you at first glance, it is the screen of this Galaxy S22 Ultra. This 6.8-inch AMOLED panel with a definition of 3080 × 1440 pixels also boasts an adaptive refresh rate that can go up to 120 Hz in order to constantly offer a fluid and energy-efficient display. As is often the case with Samsung, this screen can also count on a brightness and a calibration that are close to perfection, allowing a display of colors that are vibrant and close to reality. 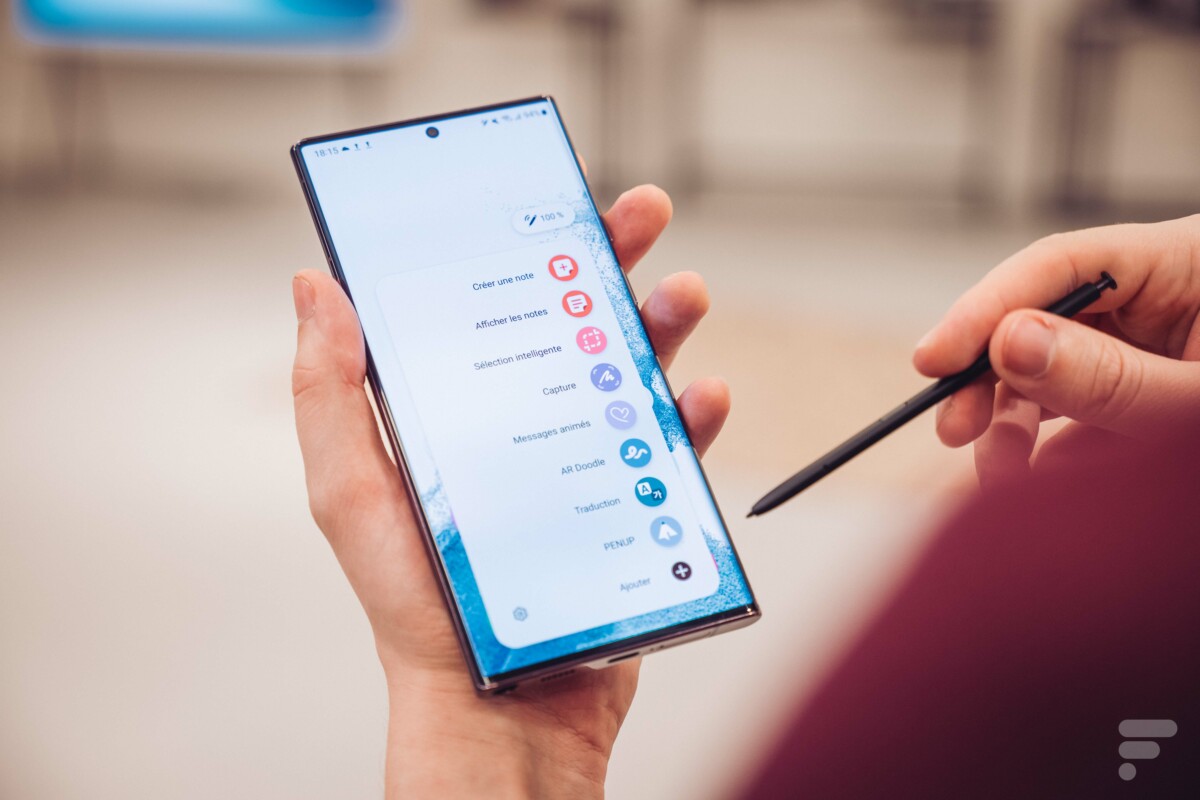 The Galaxy S22 Ultra displays a shortcut menu when you pull out the S Pen. // Source: Frandroid – Robin Wycke

But these are not the only assets of this screen. Its high sampling rate, coupled with the presence of the S Pen integrated directly into the chassis of the Galaxy S22 Ultra, promotes note taking or drawing on the fly. Enough to transform this smartphone into an extremely versatile tool, which can accompany you both during your leisure and when you work.

A solid technical sheet for the heir to the Galaxy Note

The large format of this Galaxy S22 Ultra, as well as the integration of the S Pen make this terminal a worthy heir to the now defunct Galaxy Note. To ensure this legacy, Samsung has bet on a solid technical sheet which revolves around an Exynos 2200 SoC supplemented by 8 GB of RAM and an Xclipse 920 GPU. 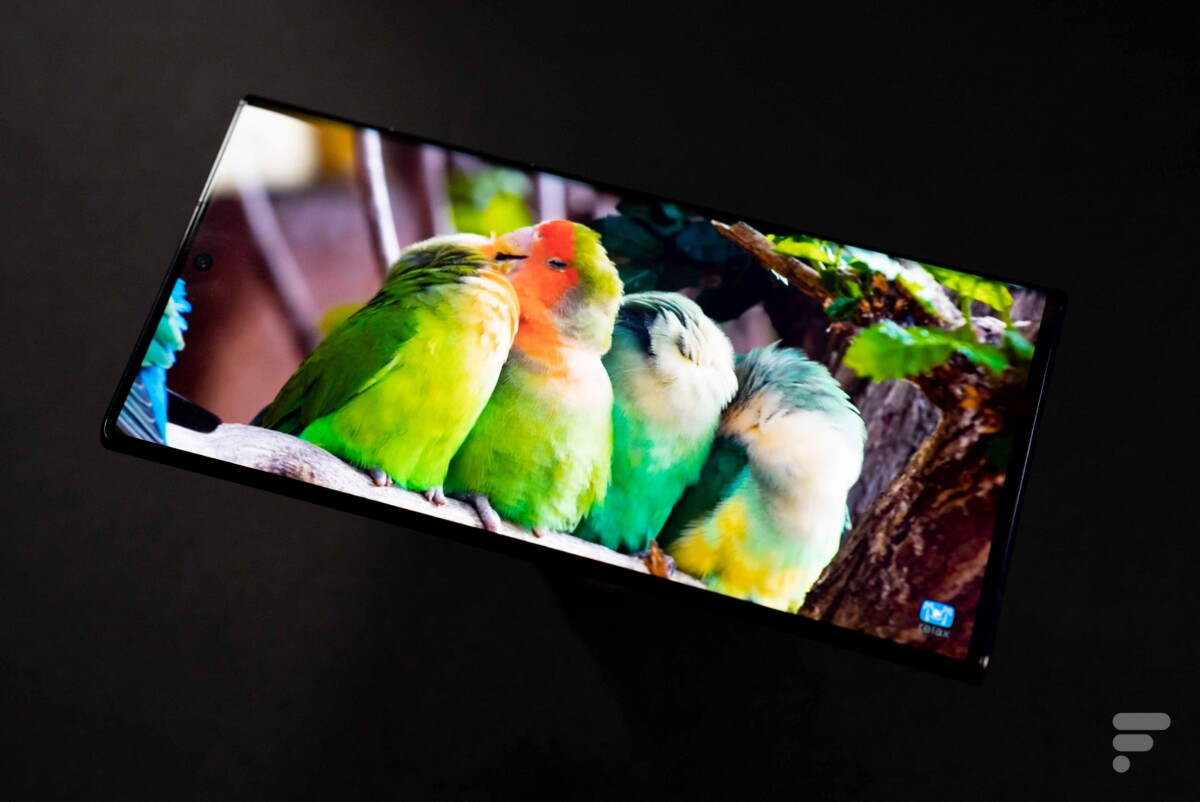 Thanks to its massive size, the Galaxy S22 Ultra has an impressive 5000 mAh battery compatible with 45 W fast charging, which allows it to last a long day in normal use, and to recharge in a big hour. Last, but not least, this Galaxy S22 Ultra takes full advantage of One UI 4.1 to offer a simple and efficient user experience and interface. And with four years of updates already announced, we bet that this smartphone has a bright future ahead of it.

A complete and versatile photo block

On the photo side, Samsung did not go with the back of the spoon to equip its S22 Ultra. To begin with, the manufacturer has completely revised its photo block by integrating the P-shaped lenses directly into the shell, without a dedicated protrusion. The result is a discreet and very pleasant look that will undoubtedly delight aesthetes. Technically, it’s a 108-megapixel main sensor that awaits you. A monster capable of capturing extremely detailed shots in all situations. 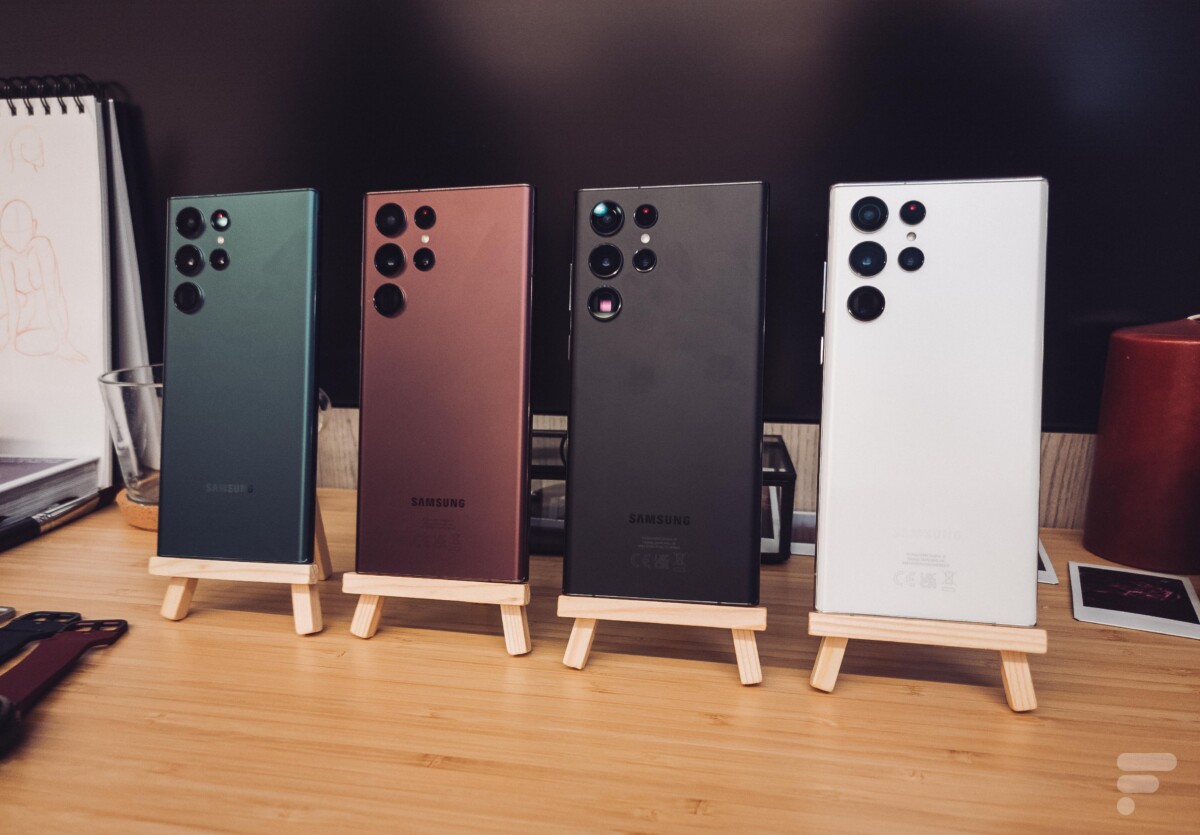 The four colors of the S22 Ultra. // Source: Frandroid

To accompany it, the S22 Ultra can count on a 12 megapixel ultra wide-angle, two telephoto lenses (one opening at f / 4.9, the other at F / 2.4), an optical zoom x3 and for finish, a space zoom x30. A nice panoply that allows this smartphone to work wonders in photos and videos.

Discover the launch offers of the Galaxy S22 Ultra

For the launch of the Galaxy S22 Ultra, Samsung has decided to spoil you with a particularly interesting offer. The manufacturer has decided to offer you 150 euros in the form of an ODR to be used for the purchase of one or more eligible accessories. Valid until April 30, this operation will allow you, for example, to obtain a nice discount on a pair of Galaxy Buds or a Galaxy Watch. To take advantage of it, nothing could be simpler, all you have to do is acquire the accessory of your choice at the same time as your Galaxy S22 Ultra vote, and fill out the ad hoc form that you can discover by selecting the “Galaxy S22 Ultra launch” section. on Samsung.com. The eligible products are: