Camping Paradis: these conditions set by Corinne Touzet for the role of Martine Farm workers put strawberries in a crate on May 20, 2022 in Gramont (Tarn-et-Garonne) (AFP / Frederic Scheiber)

“It’s sweets that we throw on the ground”: by more than 30 degrees, Laurent Dirat, strawberry producer in Tarn-et-Garonne, contemplates, annoyed, the fruits spread on the ground, made unsaleable by the high heat of the last weeks.

The temperatures, well above the average for the season, favor a maturation twice as fast as in normal times. During the month of May, he had to throw away half of the harvest. And the prices are falling.

“We can’t keep up, we’re overwhelmed! I’ve been making strawberries for 12 years, I’ve never seen that”, assures Laurent Dirat in front of his 100,000 strawberries spread over five hectares.

The forty pickers of all nationalities, on a war footing since 7 a.m., are busy between the rows of strawberries. Strawberries must be sorted to keep only those that have not yet overripe. 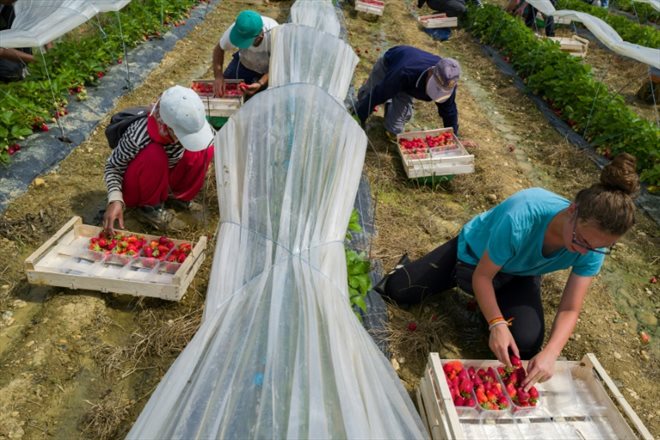 “A heat wave is the worst, it may be better for it to rain”, laments Jean-Pascal Mourgues, manager of the Mourgues Fruits cooperative which ships the strawberries harvested in the fields of Laurent Dirat, in Gramont. .

Usually, the pickers pass once a week in each row. To keep up with the pace of maturation, they should spend every other day there.

“It’s impossible, so it forces us to abandon part of the plot”, explains the Tarn-et-Garonnais who claims to have had to throw away “two thirds of the harvest over the last four days”.

Xavier Mas, president of the Association of National Strawberry Producer Organizations, does not hesitate to speak of a “cyclical crisis” after nearly two weeks of intense heat whose repercussions on prices are weakening the sector. 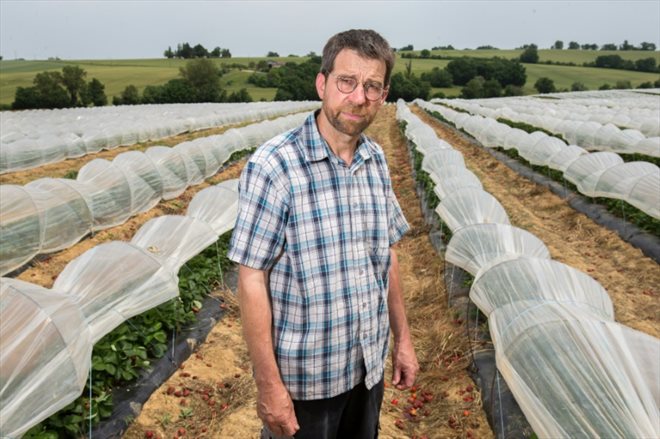 “Prices are 20% lower than the average for the last five years at the same time,” he points out.

The observation is confirmed by Philippe Navarro, posted behind his fruit and vegetable stand in the center of Toulouse, as every day for 35 years.

“The hotter it is, the higher the prices because the volumes have to be sold quickly”, explains this scoop.

An exploding supply and rigid criteria, in order to be able to sell the maximum, which force producers to discard a good part of the harvest.

“We have had feedback from customers reporting major quality problems,” explains Jean-Pascal Mourgues, whose company works with a dozen producers in Tarn-et-Garonne, Lot-et-Garonne and Dordogne.

The temperatures “reduce the size of the fruit, degrade its behavior and have an impact on the quality”, describes Xavier Mas.

To fight and slow down ripening, growers water more than usual. “We put water, otherwise the feet slam”, image Mr. Mourgues, whose cooperative has been based in Moissac since 1948.

– The requirement of supermarkets –

The rows, made muddy by the essential irrigation, are surveyed by a workforce that is more than precious in such circumstances.

“We provide employees according to theoretical production but not for a heat wave in the middle of May”, complains Xavier Mas.

In Gramont, very close to the Gers, around twenty Andalusians rub shoulders with Malagasy, Malians, Tunisians and even Moroccans on Mr. Dirat’s property.

Trays of strawberries on a market in Toulouse, May 20, 2022 (AFP / Frederic Scheiber)

Under a blazing sun, these employees, some of whom arrived from Villeneuve-sur-Lot (Lot-et-Garonne), 150 km away, the same morning, only pick up the strawberries corresponding to the cannons of the supermarkets.

“The requirement is to have a very solid product for the supermarkets, they need a very low degree of maturity, at the risk of having a tasteless strawberry, but the supermarkets will not have any loss”, develops Laurent Dirat.

“And for that, he regrets, the condition is to throw strawberries as we do”.