JBL is probably not the brand that makes people dream the most when it comes to portable audio, mainly because of its very (too) plethoric offer and a lack of recognized real top-of-the-range. That may well change with the new Tour One M2 and Tour Pro 2.

JBL will thus be one of the first brands to take the step of the new LE Audio protocol. Even more innovative: the integration of a touch screen on the charging case of the Tour Pro 2 wireless headphones.

Moving away from the more rounded shape of the first Tour Pro, the new headphones opt for a fairly classic stem design, of the semi-intra type, which saves 30% volume while maintaining IP54 certification.

Inevitably, these high-end headphones display active noise reduction, here composed of no less than three microphones per side, all with an adaptive dimension. The Tour Pro 2 also incorporate an Ambient Aware function (sound feedback), capable of recognizing the voice of the wearer in order to trigger the pause.

For sound, JBL places dynamic 10 mm transducers with oval cannula and insists on the sound signature, particularly balanced, because modeled on the Harman curve (a kind of universal signature). In addition, a 3D sound representation technology, called JBL Spatial Sound, will be included. The app will even compensate for hearing loss via a short hearing test, and independently adjust equalizers for the right ear and left ear.

Everything is powered by a Bluetooth 5.3 chip, for a battery life of 10 hours on a single charge, and up to 40 hours with the case.

Where the JBL Tour Pro 2 stand out is above all on two points. First, the presence (via an update) of the LE Audio protocol, and therefore of the codec next-gen LC3.

Even more striking, the case of the Tour Pro 2 incorporates a color touch screen. What looks like a simple coquetry thus allows access to information and settings of the headphones (ANC and equalizer in particular), without going through the dedicated application. Very intriguing, this innovation will inevitably divide.

Scheduled for the month of January 2023, the JBL Tour Pro 2 will be available for 249 euros.

JBL Tour One M2: LE Audio at the center of everything?

Like headphones, the Tour One M2 Bluetooth headset may well put forward support for LE Audio as its main argument. And yet, this is not the only advantage it has. Indeed, the helmet has for example a foldable and light structure (268 grams), while benefiting from the same ergonomic settings as the headphones (3D sound, equalizers, etc.), with 40 mm transducers this time . 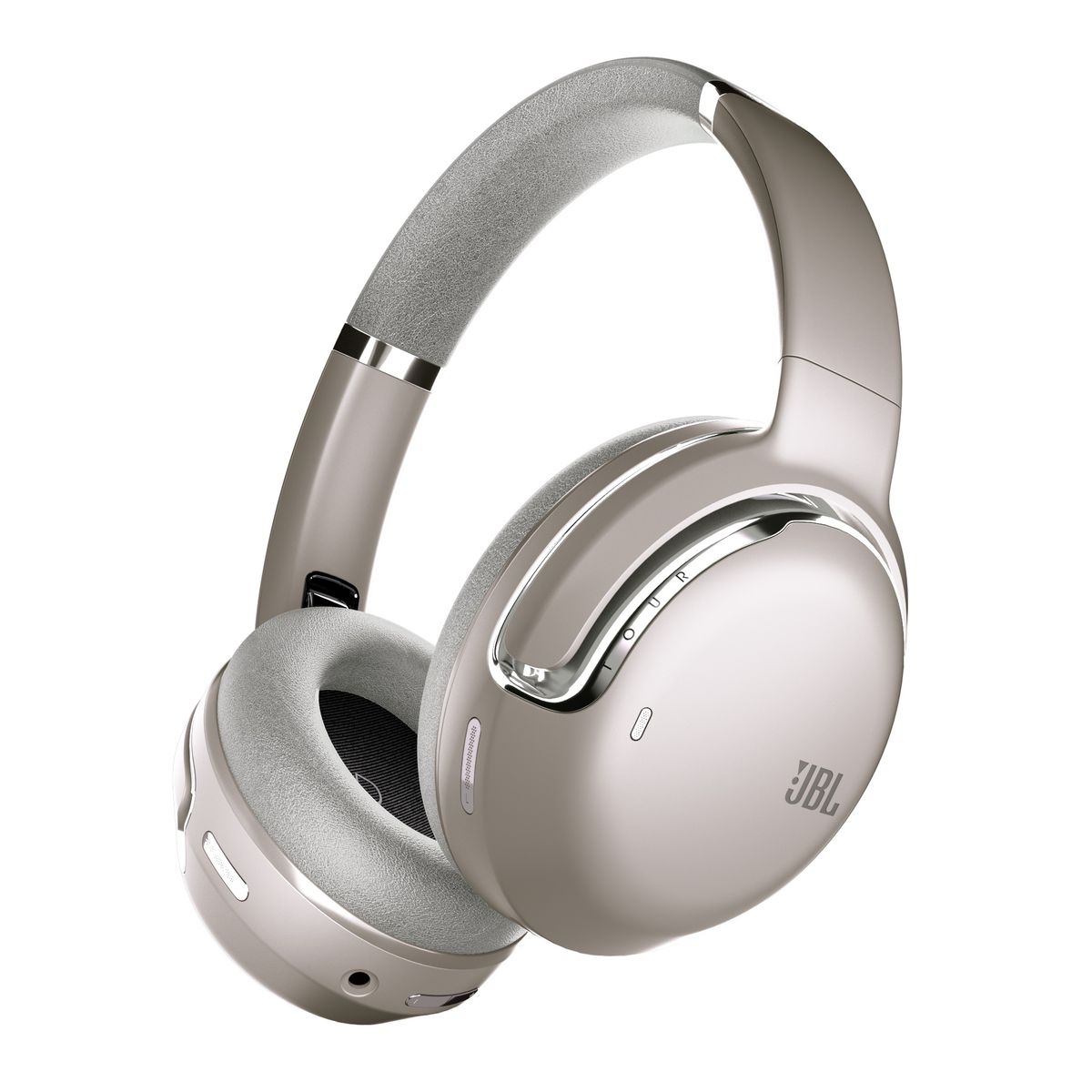 On the codec side, the Tour One M2 should be limited, basic, to the SBC, AAC couple. But with LE Audio, it will be possible to upgrade to at least LC3. The autonomy of the headphones is another strong argument: 30 hours with ANC, and up to 50 hours without.

The JBL Tour One M2 will also be available in January 2023, for a price of 300 euros, which is less than the other premium headphones such as the WH-1000Xm5, Sennheiser Momentum 4 and Bowers & Wilkins PX7 S2.