Secularism: the abaya is “prohibited” at school, recalls the Secretary of State for Citizenship

how much can you earn by changing borrower insurance?

La France insoumise and the Socialist Party announced on Wednesday that they had reached their agreement for the legislative elections after agreeing on the strategy, the program and the constituencies. The text must still be validated tomorrow evening by the Socialists, during a national council.

“We want to elect deputies in a majority of constituencies, to prevent Emmanuel Macron from continuing his unjust and brutal policy (RSA under the condition of free work and retirement at 65) and beat the far right”, declare the two formations in a joint statement.

“The Prime Minister would come from the largest group in the Assembly, namely Jean-Luc Mélenchon,” they add.

Through this agreement, the PS joins the “New popular ecological and social union”, of which EELV and the PCF are already members under the agreements made over the past three days.

The text takes up the strategic principles already approved by these two formations, on the guarantee of respect for the “plurality” and “autonomy” of each of the parties, in particular via separate parliamentary groups, and on the establishment of a intergroup.

The members of the union will all participate in the investiture convention in Aubervilliers on Saturday.

Major orientations validated with the PS

On the program, are also validated with the PS the main orientations: minimum wage at 1,400 euros net, the blocking of the prices of first needs, the repeal of the El-Khomri law (a socialist), ecological planning, the Sixth Republic. ..

For retirement at age 60, it will be “for all” but the PS added: “with particular attention to long, discontinuous careers and arduous jobs”.

There is also explicitly “the defense of the secular and universalist Republic”, which the Socialists wanted to see clarified.

The two formations record “different stories with the European construction”. But the objective is common: “to put an end to the liberal and productivist course of the European Union and to build a new project at the service of the ecological and solidarity bifurcation.”

Vis-à-vis the European treaties which would block the application of the program on certain points, LFI and the PS make a lexical compromise: “We are talking about disobeying for some, of derogating temporarily for others”. 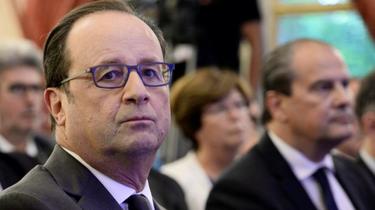 “We will have to overcome these blockages and be ready to not respect certain rules”, adds the press release.

This agreement will be submitted to the vote of the internal parliament of the PS, the National Council, Thursday evening, an appointment which promises to be tense, in particular on the 70 constituencies obtained by the socialist negotiators.