Apple sells more laptops than desktop computers, by far. But there is a niche of Mac users who prefer “headless” (i.e. screenless) desktop models to any other type of Mac. It’s for these people that we’re reviewing the Mac Studio, Mac Pro, and Mac Mini.

They are very different machines. The Mac Mini is my favorite model (I own seven) because it’s small, versatile, and surprisingly powerful. I always prefer to buy my own screens. I even went so far as to donate my old iMac because its size made it too bulky where I wanted to use it.

The Mac Studio is the newest Mac in the Apple lineup and it’s extremely powerful. In nearly every configuration, it’s faster than the now old 2019 Mac Pro, all for a vastly lower price. The Mac Studio is definitely the new headless Mac to choose for those who want power to spare.

And then there’s the Mac Pro. It is the last machine of the Apple range exclusively under Intel architecture. In 2022, there are two ways to look at this Mac. Either there is no reason to buy it, or there are 1.5 trillion reasons (it supports up to 1.5TB of RAM). No other Mac offers this amount of RAM.

As you can see, the characteristics of these models are quite different. Keep in mind that while the 2018 Intel Mac Mini is still sold, we’re highlighting the new Apple Silicon (2021) model here. Also keep in mind that the 2019 Mac Pro is the only Mac model that still doesn’t (as of this writing) have an Apple Silicon release.

You should buy a Mac Mini M1 if… 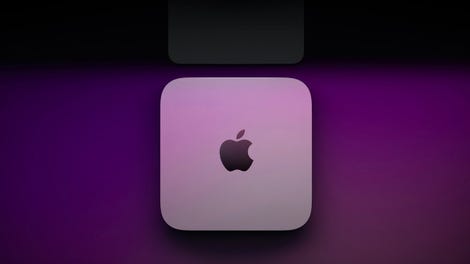 Please note, this article is published in early November 2022. Apple should offer a version of the Mac Mini in M2 in the coming weeks. We recommend waiting until the end of the month before buying anything.

Apple also sells the 2018 version of the Mac mini based on Intel architecture. Don’t buy it. We expect Apple to drop it from its product line any moment now and it probably only has 2-3 years of software durability left in front of it.

1. You want a cheap but powerful Mac

I don’t recommend the cheapest option, which offers 8GB of RAM and 256GB of storage. While this will certainly suffice for most basic tasks, you risk pushing the machine to its limits quickly.

The ideal solution is therefore the option with 16 GB of RAM and 512 GB of flash storage. This will add a few hundred euros to the bill, but you will be more relaxed.

2. You want to use your own monitor or TV

The Mac Mini is a very good media center. It’s tiny, and with its included HDMI port, it easily connects to a TV or PC. We have two Mac Minis on two of our TV’s inputs. They take up very little space, but offer enormous possibilities.

The Mac Mini takes up less space than the MacBook Air, and you don’t even have to pay for a screen. You can attach two displays to a Mac Mini, one using the HDMI port and the other using the Thunderbolt/USB C port.

3. You want a small machine that stores and stacks easily.

At around 4cm tall and just under 20cm wide, the Mac Mini can fit almost anywhere. It can be hung on the back of a screen, built into the dashboard of a car, stacked in a server room.

In addition, it has a fairly large number of ports, which allows it to connect to a relatively wide range of devices.

You should buy a Mac Studio if… 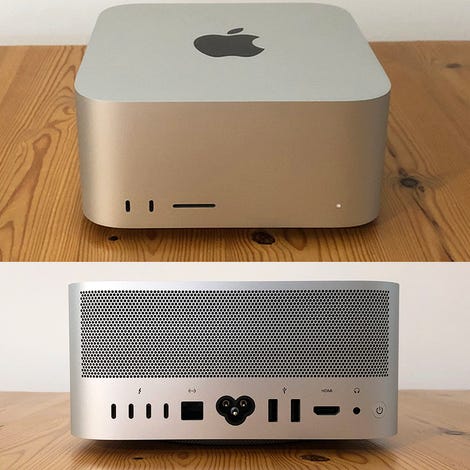 The Mac Studio is the new desktop Mac model that Apple introduced in the spring of 2022. It’s the first model from a new lineup since Apple launched the MacBook Air in 2009.

1. You want ports and lots of external displays.

What does that mean ? The Max and Ultra are much larger chips physically, which allows them to integrate more semiconductors and therefore more cores.

The M1 Max variant incorporates a 10-core CPU, 24-core GPU, 16-core neural engine, and 400 GB/s memory bandwidth. You can choose versions with up to 32 GPU cores.

This bandwidth is important if…

Currently, the Mac Studio can support more RAM than any other ARM-based Mac. It starts with 32 GB, but can accommodate up to 128 GB.

Unfortunately, you cannot add RAM. If you want 128 GB, you will have to specify it at the time of purchase. But despite everything, with this bandwidth, it’s a real cannonball.

You should go for a Mac Pro if… 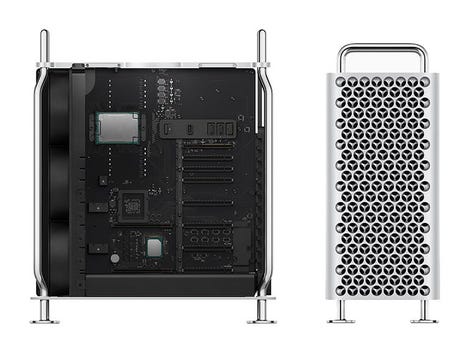 This is not a very enviable situation, especially since macOS has less and less support for Intel processors. While Macs can easily last a decade or more, Apple tends to limit support for older machines every 5 years or so. If you buy a Mac Pro now, you probably won’t be able to update it to the latest version of macOS for long.

In June 2020, Apple announced its transition to Apple Silicon processors. All other Macs have since switched to Apple Silicon, but not the Mac Pro. If Apple’s schedule is to be believed, the Mac Pro will renew with an ARM chip by the end of December. Now is not the best time to buy this extremely expensive machine.

2. You really, really need an Intel processor or an AMD Radeon graphics card

If you have specialized software that requires an Intel processor or an AMD graphics card, you might still have a reason to buy a Mac Pro. The 28-core Xeon processors are undoubtedly powerful, but early benchmarks show the much cheaper Mac Studio to be 20% faster on multi-core performance and 56% faster on single-core performance.

The Mac Studio can accommodate up to 128GB of RAM and costs nearly $50,000 less than the top-end Mac Pro. But the Mac Pro can do something no other Mac can. It can be equipped with 1.5 TB of RAM. 1.5 terabyte of RAM. Terabytes. OF RAM.

Yes, it might hurt the wallet, but you can buy that much RAM. However, a newer and more powerful machine may be coming soon. Will it support that much RAM? Only Tim Cook can be sure.

See the Mac Pro on the Apple Store