Motorola not only wants to cause a stir in the high-end sector, but also positions itself properly in entry-level smartphones. If you don’t necessarily want a cell phone from Xiaomi or Samsung, you should take a look at the Moto e22i from Motorola. 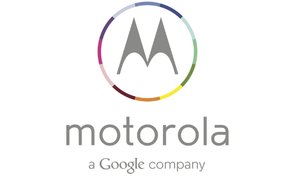 Actually, Xiaomi smartphones are the standard choice when it comes to good and cheap Android smartphones. But Samsung is also intervening more and more in the sector and is offering increasingly cheaper options with the A-class models. With Motorola, a well-known player is back. The Moto e22i is such a interesting entry-level smartphone that only costs 129.99 euros (look at MediaMarkt) and still offers solid equipment.

That The 6.5-inch display of the Moto e22i has an HD+ resolution and supports 90 Hz. You don’t find that very often in this price range. In combination with the relatively unchanged Android 12 Go, the smartphone’s performance should be decent. The smartphone is powered by the MediaTek G37, which has 2 GB of RAM and 32 GB of internal storage. The latter can be expanded using a microSD card. A dual SIM function is present as well as a 16 MP camera, a fingerprint sensor and a 4,020 mAh battery. A 10 watt power adapter is included in the scope of delivery. So you have no additional costs.

The video introduces the Moto e22i from Motorola:

Especially recently, you can clearly see that Motorola wants to play properly again on the smartphone market. With the Motorola Edge 30 Ultra for 899 euros, the company has shown that it can also compete in the absolute top class. So far, no other manufacturer has installed a 200 MP camera. Motorola’s portfolio is currently becoming more and more attractive. It will be exciting to see if Motorola can regain its former strength. Motorola phones used to be the standard.