the ultra-violent Pokemon guns down its monsters on video

Lindner wants to put significantly more into the share pension

Rising consumer prices are affecting people all over Germany, including gamers, of course. Because if gaming PCs and game consoles such as the PS5, Xbox Series X or Switch are in regular use, your electricity bill is likely to increase.

Statistics from Statista based on data from the games site Eurogamer now show how much energy consoles consume and how expensive it is. 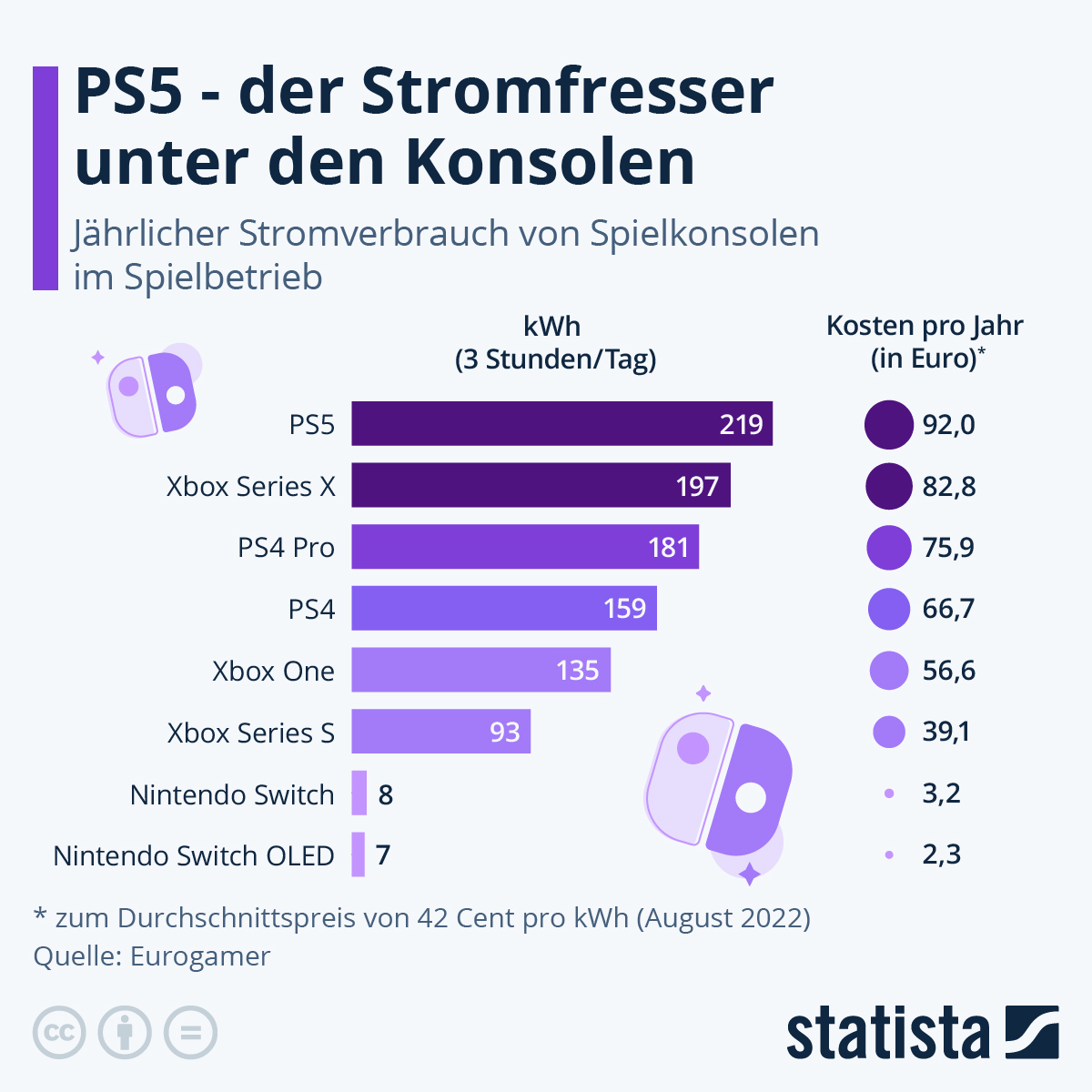 You can find more infographics at Statista

The bill is based on three hours of use per day and an electricity price of 42 cents per kilowatt hour.

The graphic shows that playing with the PS5 is therefore the most expensive. A year would cost 92 euros, with a Nintendo Switch OLED, however, just over 2 euros.

According to Eurogamer, PC gamers pay significantly more. A gaming PC consumes 547.5 kilowatt hours and would cause electricity costs of 230 euros, although it must be said that gaming PCs differ greatly in terms of equipment and accordingly also consume different amounts of electricity.

There is now a new model of the PS5. A YouTuber hints at cheaper manufacturing costs, but Sony is still increasing the price of the PlayStation 5.

It’s no wonder that handheld consoles are the cheapest to play, especially since they’re not always plugged into the mains. However, when looking at the values, you have to keep in mind that the power consumption of a screen would have to be added to stationary consoles.