In Burkina Faso, the arrest of a civil society figure raises fears of a hardening of the junta

“Executives have been secretly hoarding helium”

With its 400 years of history, the Heinz-Glas company, which manufactures glass bottles for the greatest perfumers, including L’Oréal, has seen the storms pass. But the current gas crisis shaking Germany could be fatal.

“We are living in an extraordinary situation,” said Murat Agac, executive assistant to the CEO of this German family company, which has seen thirteen generations at its head since 1622.

“In the event of the end of gas deliveries (…) the production of glass will disappear”, he adds.

Established in the Rennsteig glass region, straddling Bavaria, in the south of the country, and Thuringia in the east, the company is one of the main global players in the sector.

In its Bavarian factory in Kleintettau, nearly 70 tons of glass come out every day from the noise of the machines and the heat of the furnaces.

To manufacture and shape this material, the factory needs high temperatures, up to 1,600 degrees. Gas is heavily used in this process.

Until recently the resource flowed freely, and at low cost, thanks to the pipelines linking Germany to Russia. 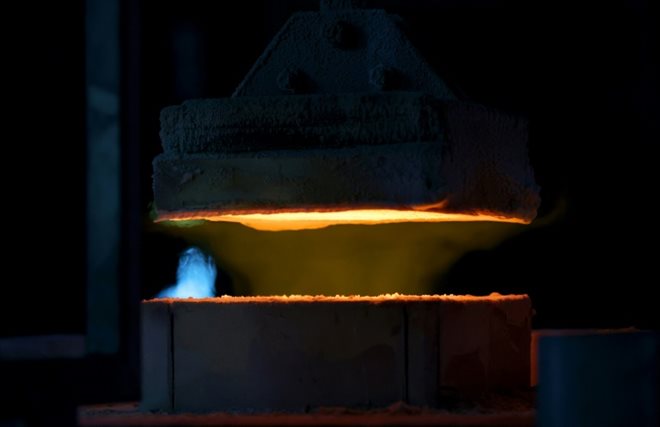 A gas oven for the production of glass bottles at the Heinz-Glas company on August 3, 2022 in Kleintettau, Germany (AFP/Ronny Hartmann)

But that era is over. Moscow has reduced its deliveries by 80% in the wake of the war in Ukraine.

Result, a surge in prices. For Heinz-Glas, the cost “has been multiplied by ten, sometimes even twenty compared to 2019”, a situation which is “not economically sustainable”, estimates Murat Agac.

In Kleintettau, small vases, embellished with relief motifs, are modeled in the furnace, carefully inspected by the workers, before being sent to the company’s customers – including the French L’Oréal. 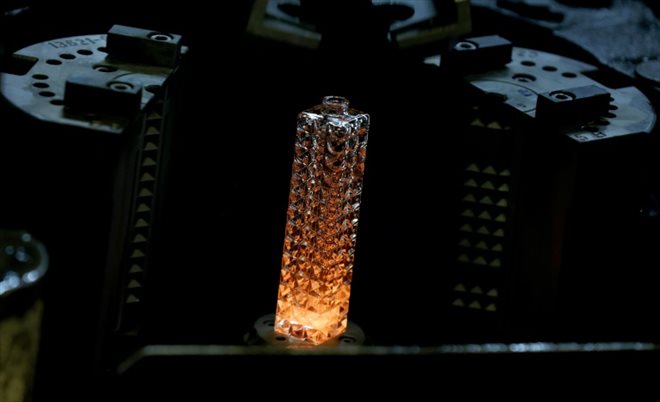 Molten glass shaped into a bottle at Heinz-Glas on August 3, 20222 in Kleintettau, Germany (AFP/Ronny Hartmann)

The consequences of stopping Russian gas deliveries would be very heavy for the company, which produces a million of these bottles a day in Germany.

The oven of the group’s second factory in Piesau, a mountain village at the foot of the pastures, would be permanently damaged if it were to stop, according to Mr. Agac.

Even in the Kleintettau factory, where the ovens run on electricity, about “40%” of the industrial process still runs on gas.

Like Heinz-Glas, it is the whole of German industry, the pillar of the first economy in the euro zone, which is threatened.

Russian gas accounted for up to 55% of German imports before the war in Ukraine. 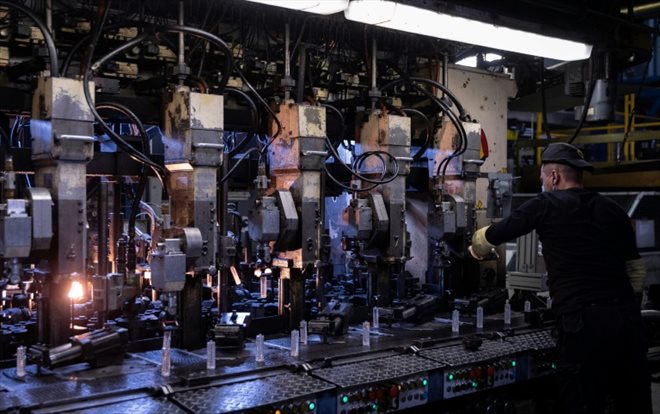 An employee works on molten glass shaped into a bottle at the Heinz-Glas company on August 3, 20222 in Kleintettau, Germany (AFP/Ronny Hartmann)

Manufacturers are now preparing for an imminent end to deliveries, while the specter of rationing is already being raised by the government.

Chemical giant BASF has come up with a sweeping plan to replace gas with fuel oil at its second German plant. The Henkel group, a specialist in detergents and adhesives, plans for its part a massive use of telework.

To cope, Heinz-Glas has invested in a liquefied gas storage basin, which could arrive daily by truck. 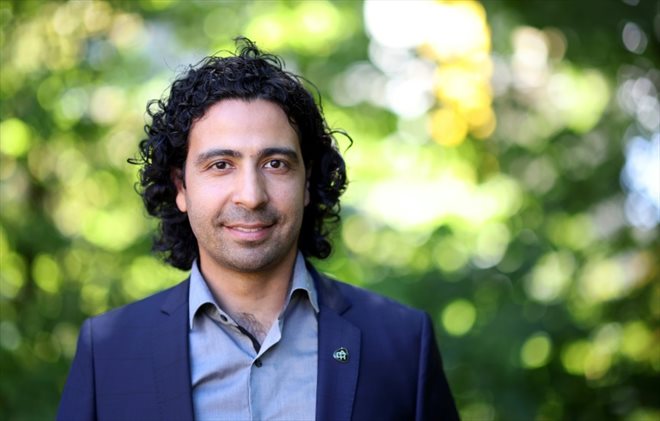 But this should cost “three times more expensive” than at present, and will not be enough.

In the long term, replacing the entire gas system with electrical infrastructure could cost “50 million euros” for the group, an amount that it considers itself unable to pay.

“We need state support,” says Murat Agac, leaving the risk of relocation to India or China, where the company already has a factory.

The group’s two German factories would also need the equivalent of “3,000 football fields of solar panels” to operate.

For the company’s 1,500 employees in Germany – and 54,000 sector employees across the country – the outlook is therefore bleak.

“I am old, but the young people here are afraid for their jobs,” Michaela Trebes, 61, told AFP, inspecting hundreds of small vials coming out of the production lines, neatly aligned.

The management tries to reassure the troops.

“When we were founded, we lived through the Thirty Years’ War (…) the plague. And just in the 20th century, the First and Second World Wars, the oil shock. We will overcome this crisis”, says Ms. .Agac.