Leak GTA 6: The supposed hacker pleads not guilty, the case is far from over!

the new formula is coming and it’s worse than before

“Law not yet passed”: employment agency against the start of citizenship benefits in January

“Our enemy is the rain, the cold, the clouds”, lists Erwan Rivalant, salt producer from Guérande, in western France, where salt workers are having a record season thanks to high heat and drought. which persists.

“To make salt, you need wind, sun, heat and seawater, so all the elements are there so that we can continue”, continues Mr. Rivalant, barefoot and white shirt in front of his mounds of salt picked up with a wheelbarrow.

“As long as we produce, we are happy. Afterwards, physically and mentally, it can sometimes be a bit complicated”, tempers the salt worker who protects his blue eyes behind thick dark glasses and has been working from dawn to sunset since several months.

For his colleague Laurent Boulo, member of the “Le Guérandais” cooperative, the summer of 2022 is like a “marathon whose finish line we cannot see”. 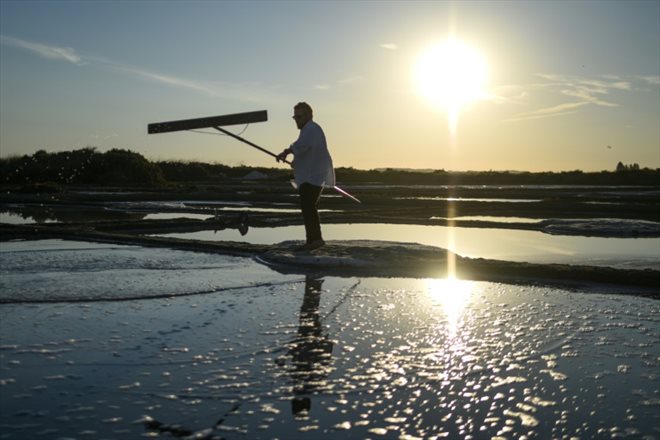 The heatwave waves have enabled the salt workers (producers located north of the Loire) and the salt workers (in the south) to produce a lot of salt since last spring, but the lack of precipitation exhausts them, because it is during the days of summer rain that they have the opportunity to rest.

The current weather “which can be the misfortune of some, or many, makes the happiness of a sector conditioned by the natural elements”, recognizes Laurent Boulo, hoping despite everything the arrival of the rain to have respite after having ” lost 5 kilos” through physical work since the start of the season.

If the salt workers are tired, they are also reassured to know that their production is guaranteed for the year and that they can store quantities of salt to compensate for possible poor harvests, in the event of unfavorable weather in 2023 or 2024. 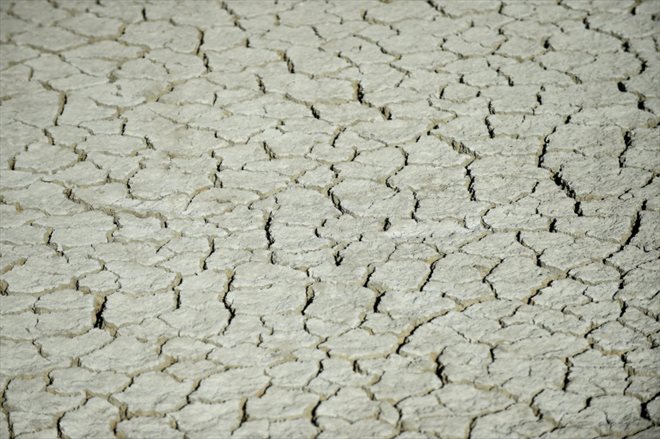 The dried up soil of a salt marsh in Batz-sur-Mer, western France, on August 9, 2022 (AFP/Sebastien SALOM-GOMIS)

The profession of salt worker, which consists in manually producing coarse salt and the very refined fleur de sel, according to ancestral techniques, is extremely dependent on the climate.

Thus in the local memory, we remember the year 1976 which was very good.

Conversely, the “1980s” were all bad until the good harvest of 1989 and therefore, “I always heard the elders say + the salt, it must be harvested as long as it is given, because we are never sure of the future”, explains Elodie Rio, eleventh generation of salt workers based in Batz-sur-Mer and CEO of the company Tradysel.

“On average, we would be at just over 2.5 tonnes” in 2022 against “about 1.8 tonnes” in 2021, estimates Ms. Rio, referring to the quantity of salt produced by “carnations”, these rectangles at the edge from which the salt is collected using the emblematic rake without teeth called “las du paludier”.

After the harvest, the Guérande salt is transported by tractor to the storage places where it is weighed and therefore, “the year, we will only be able to judge it at the end of the season”, warns Elodie Rio. 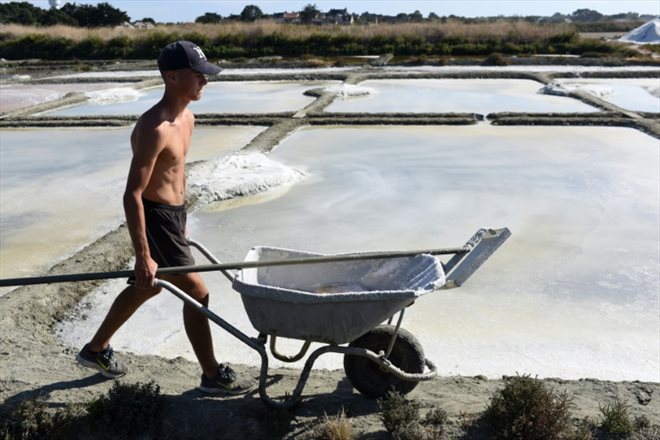 Despite the uncertainty about the exact weight of salt already collected, professionals agree that they will produce in 2022 double what they produced in 2021.

Laurent Boulo thus thinks that he is “moving straight towards three seasons in one, and three harvests in one”.

“The difficulty is to be able to be tough and to be able to continue as long as possible, without getting hurt, without our seasonal workers getting hurt too”, summarizes Erwan Rivalant about the season which could last until October if the drought continues, compared to mid-September usually.

“You have to be strong enough psychologically and have a family that holds you,” concludes the father of four children, acknowledging the support of his wife who shoulders him in times when he has “big hits”.