Purchasing power: the government must “tell the truth” even if “it is unpleasant to hear”

Sony has just shown the first images of the new version of its PlayStation VR virtual reality headset. The original model was released in 2016.

The new PlayStation VR2 takes on the aesthetic of the PlayStation 5, relying on the same black and white color throughout its headset and the new Sense controllers, while reflecting a new aesthetic with its round shape and clean curves.

Sony has once again opted for a halo-shaped headband, which distributes the weight of the display material around the circumference of the user’s head, suspending the screen (HMD – head-mounted display) from this ring . This system differs from the headband used in Meta’s Meta Quest 2 (formerly Oculus Quest 2) headset, which relies on a pair of elastic bands that wrap around the user’s head, holding the HMD against their face.

The PlayStation VR2 halo strip also includes triangular openings at every adjustment point on its sides. These notches look suspiciously like the earphone mounts found on some aftermarket bands for competing VR headsets. However, Sony has not yet released any details on the hardware or audio output capabilities of this new product.

The VR2’s displays have also been upgraded to support 4K HDR content, as well as 90Hz or 120Hz refresh rates across a 110-degree viewing area. Faster refresh rates in VR headsets not only increase the level of immersion and fluidity of video. They may also be helpful for those prone to motion sickness using virtual reality (VR) devices, as the faster frame rates often produce less feelings of disorientation or nausea.

Along with its visual prowess, the VR2 also offers several tricks that neither its predecessor nor the Meta Quest 2 offer, including haptic feedback in the headset itself and eye tracking. This latest improvement should make the VR experience feel more natural while opening up additional interaction methods involving the user’s gaze.

The user’s gaze should be better directed thanks to Sony’s addition of an IPD (Interpupillary Distance) dial that allows individual eyepieces to be moved closer or farther apart to better match the unique distance between the eyes of each user. 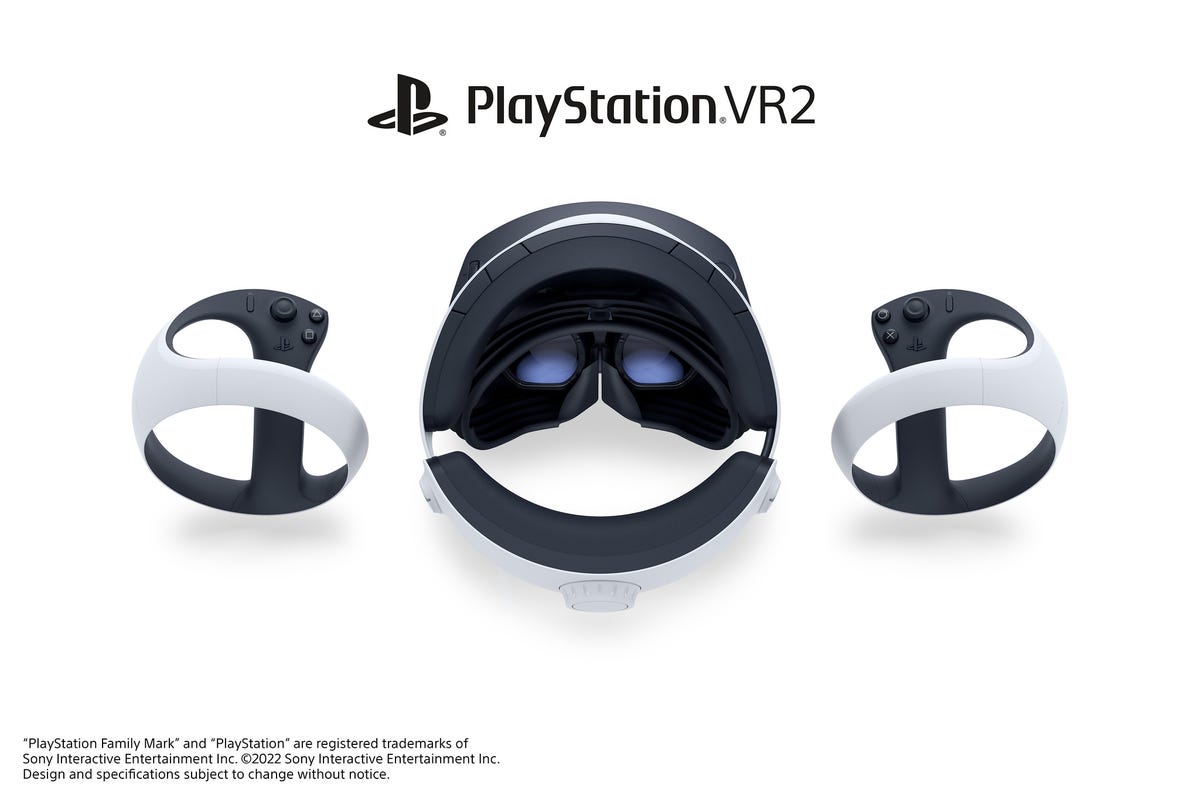 The new IPD adjustment wheel is located at the top left of the HMD. Picture: Sony.

The headset’s connectivity has also been overhauled, as it now relies entirely on a single USB-C cable for power and data.

Although the VR2 has undergone significant design changes to its HMD, its Sense controllers are entirely new. They replace the old wand-shaped PlayStation Move motion controllers with a smaller, spherical form factor that wraps around the user’s grip to provide safety and tracking capabilities for either hand.

Each controller includes a thumbstick, a trio of buttons, a trigger, and a grip button.

Sony revealed that dev kits for the new headset are already in the hands of game developers, but didn’t say when we might see the first VR2 games or the headset itself.

The price of this model also remains a mystery. The original PlayStation VR was launched at a price of around 400 euros. However, the PlayStation VR2 now has to compete with Meta’s $350 Meta Quest 2, which offers a wireless VR experience and doesn’t require a $500 console (the PlayStation 5) to run.

Of course, the Meta Quest 2’s VR experiences are somewhat limited by this headset’s more modest processing power. It remains to be seen how well Sony will weigh the increased graphics potential of the PlayStation VR2 against the mobility of the Quest 2 when setting a price.