Bitcoin celebrates the 12th anniversary of its “Pizza Day”

Why do we spend billions to return to the Moon? NASA launched its Artemis program in March, which plans to send new astronauts there by 2025.

The first mission, called Artemis I, is an unmanned flight intended to check the proper functioning of the spacecraft. The lunar ground having already been trodden in 1969, the motivations of Artemis can seem opaque. Here are all the reasons that push NASA to make its big return to the Moon.

Establish a permanent presence on the Moon

This time around, Americans won’t be satisfied with “one small step for man.” The objective of the Artemis program is clear: return to the Moon, and stay there. “We don’t just want to plant a flag,” confirms Nicolas Maubert, space adviser and representative of the CNES (National Center for Space Studies) in the United States. “Nasa plans to move there permanently.”

To do this, researchers are working on the construction of a lunar base similar to the International Space Station (ISS), called Lunar Gateway (“lunar portal”). Placed in orbit around the Moon, it will welcome international astronauts so that they can carry out scientific experiments. Thanks to technological advances, these will be much more advanced than in 1972, the date of the last expeditions on lunar soil.

The Lunar Gateway is the main French contribution to the Artémis program. The European Space Agency (ESA) provides essential modules for the construction of the station, and in exchange, some of its astronauts will be able to integrate flights to the Moon. The project should not be finalized before 2026.

Train before going to Mars

If NASA is so interested in the Moon, it is because it sees even further. “It’s a preliminary step before Mars, which is the ultimate goal in terms of space exploration,” says Nicolas Maubert. The Moon is much more accessible: it requires only two to three days of travel, compared to six months for the red planet. It will therefore be the HQ of the astronauts, until all the technological problems posed by the Martian conquest are resolved.

On the Moon, scientists will be able to learn how to extract resources and create new ones, on a surface other than that of Earth. Once the techniques of extraterrestrial energy production, communication and mobility have been perfected, they will be able to fly to Mars.

The Cold War that justified the Apollo program is no longer relevant. But as in the 1970s, geopolitical issues are never far away. The big competitor of the United States is now China. “When Donald Trump was elected, we entered a new golden age of space”, explains Nicolas Maubert. “He thought those who had the upper hand in space also had it on Earth.” NASA has therefore developed new major missions, with a view to competing with the Chinese. The current President of the United States, Joe Biden, has aligned himself with this policy.

In 2019, China became the first nation to land a rover on the far side of the Moon. If the Americans are supposed to be more advanced, “China is catching up very quickly,” notes Nicolas Maubert. It also plans to send astronauts to the Moon, although its programs are much more opaque than those of NASA. 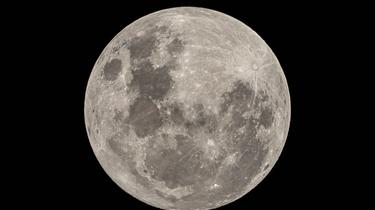 Faced with these two space giants, the European Agency (ESA) has not clearly positioned itself. “We are multilateral, but we tend to go more on the American side”, notes Nicolas Maubert. It should be noted that the United States alone represents 60% of the world space budget.