After Apple was in a class of its own in almost all hardware areas for a long time, the new Apple TV 4K is now competing in price with Amazon’s new streaming flagship, the Fire TV Cube. Meanwhile, the performance of the Apple TV has by no means been slimmed down: The slimmer box delivers images and sound of the highest quality and also offers a dreamlike, comfortable user experience in combination with iPhone and AirPods. A must for Apple fans – probably still too expensive for budget-oriented streamers.

With the new Apple TV 4K, the Californian tech giant is launching a new generation of its multimedia box for the second year in a row. And not only has it got a significantly more powerful computer core with the A15 Bionic chip, but with 64 gigabytes in its smaller version, just as much internal memory as the larger version from 2021.

In terms of price, Apple is also going to earthly realms and, with a starting price of 169 euros, heralds the direct duel with the 3rd generation Amazon Fire TV Cube, which went on sale just a few weeks earlier. As the manufacturer’s new and only streaming flagship, the Apple TV 4K is hardly more expensive than the Apple TV HD, which is budget-friendly by Apple standards but technically slimmed down, which is currently being taken off the market.

However, there is a noticeable reduction in the smaller new representative of the product line: the cheaper Apple TV 4K with 64 gigabytes of flash memory now relies entirely on wireless network access via Wi-Fi 6 and has been correspondingly relieved by an Ethernet port, which it only has with the 128 GB variant. Both devices also completely lack the cooling system, which Apple has replaced with passive ventilation – so the new Apple TV is also noticeably smaller and, above all, lighter than the older models.

Furnishings as if you were asleep, service a dream

However, Apple not only saves what it sees as obsolete connections on its devices, but also reduces the scope of delivery of its hardware to what is absolutely necessary – or even less: iPhone buyers have not been able to find a power plug in the famous white boxes for some time now and who If you buy the new Apple TV 4K, you shouldn’t even look for the HDMI cable you need to operate it: It’s simply not part of the basic package you bought.

However, if a corresponding cable has been procured or is already available anyway, the setup and connection of the new Apple TV 4K with the screen and power source are ticked off within seconds. This means that you can proceed immediately to setting up the user interface – and this is unrivaled in terms of comfort, especially for advocates of a closed Apple infrastructure:

The new member of the hardware family is practically kissed awake by contact with an iPhone and the further setup happens largely without any action. If an Apple TV was previously connected to the iCloud user account, the personalized status quo can be ported from the old device, meaning that not a single app has to be downloaded.

The iPhone used for setup can also be used as a remote control for the Apple TV. Above all, this has one major advantage: entries in search fields for streaming services or entering user data for logging in are completed much faster with the smartphone’s on-screen keyboard. Anyone who has to go through all of this at the push of a button will need a bit more patience, but will then also benefit from the consistently smooth and intuitive operation of the pleasantly tidy-looking tvOS.

The Apple TV 4K: cinema in your head, gym in the living room

Basically, the new Apple TV 4K offers what you would expect from a streaming player beyond the Grabbeltisch price range these days: 4K UHD picture quality and Dolby Vision and now finally HDR10+ for a crystal clear and bright high-contrast picture, native app Access to all relevant streaming services from Amazon Prime Video to Zattoo and support for surround sound for multi-channel systems up to 7.1 and Dolby Atmos are all essential performance aspects for a high-end multimedia box.

The frame rate matching, which is also supported by previous models, ensures that the razor-sharp streaming content glides smoothly across the screen. This guarantees the perfect basic requirements for a high-quality user experience without jerks and excitement.

But of course Apple offers more. What the Californians have not yet successfully imitated is found in streaming via the Apple TV 4K in combination with Apple’s own AirPods Pro and AirPods Max: the complete compatibility of the manufacturer’s devices proves itself brilliantly when connecting the wireless -Headphones with the platform. The integration of the costly AirPods Max, in particular, in combination with Apple’s Spatial Audio spatial sound function, creates an almost uncanny added value. This is so impressive that the term head cinema is officially given a technical level of meaning in addition to the literary one.

The crux of the matter: This great functionality is only accessible to Apple disciples who are willing to invest in additional hardware. The same applies to using Apple’s digital gym for the living room: Apple Fitness+ cannot really be used without an Apple Watch or iPhone and has to be paid for separately every month.

The built-in games platform Apple Arcade is also chargeable and dependent on additional hardware. In addition, the gaming subscription tends not to offer serious gamers a serious selection, and the App Store doesn’t really have much to offer in terms of cloud gaming services either. A full-fledged game console like the PS5 or Xbox Series X cannot be replaced with the Apple TV in a dream.

However, Apple has upgraded its set-top box with regard to smart home compatibility: the new tvOS 16.1 also supports the license-free Matter standard, which allows devices in a smart living environment to be controlled via Apple’s digital home kit hub is expanded.

Actually, there are currently only two big top dogs that form a dual leadership in the upper class area of ​​​​streaming hardware: The new Apple TV 4K and the 3rd generation of the Fire TV Cube from Amazon – after that, nothing really comes for a long time. It is actually not difficult to weigh up which device fits better into your own living room:

If the purchase thoughts revolve around a streaming box in the price range over 150 euros, Apple users should categorically choose the Apple TV 4K – because the smooth communication within the device fleet from Cupertino is simply not the same with a smart general store made up of parts from different manufacturers makeable. After all, it’s not just about 4K streaming – it’s also available for significantly less money on the sticks and dongles from Amazon, Roku and Google.

What the Apple TV 4K cannot offer, in contrast to the Fire TV Cube, is direct voice control and thus completely hands-free operation of the streaming platform, as well as a comparable number of native connection options in a smart home that is equipped with a wide range of inexpensive Amazon devices and Echo Multiroom systems is equipped. 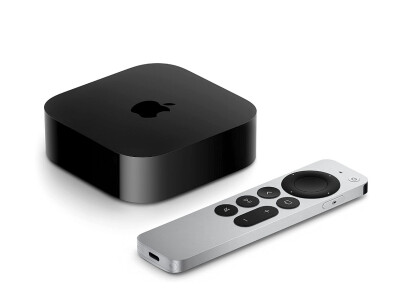 Don’t you agree? Are you looking for suitable alternatives? Below are the best Apple TV 4K (2022) alternatives. You can find an even more extensive list in our media player overview.