In Spain, the perverse effects of a law on sexual violence

Troubled division – millions in cash injection for the education system

AXA: BlackRock holds less than 5% of the capital No more “the grandparents’ bottle served during Sunday meals”. In Bordeaux, a collective of “pirate winegrowers” advocates innovation to dust off the image of local wines, shunned by some consumers.

It’s harvest time at Château Cazebonne, in the Graves. Its owner Jean-Baptiste Duquesne tastes, to check their maturity, the purple and bronze berries of forgotten grape varieties that he is trying to rehabilitate.

His latest creation, a cuvée that aims to taste of yesteryear, blends Mancin, Castets, Bouchalès, Saint-Macaire and Jurançon Noir. So many unknown names that had their place in Bordeaux before the winter of 1956, when the frosts destroyed nearly half of the vines in Gironde.

This was followed by a massive uprooting in favor of the more fertile grape varieties used today. Among those authorized, less than a dozen dominate: the emblematic triptych merlot-cabernet sauvignon-cabernet franc for the reds; the sauvignon-sémillon-muscadelle association for the whites.

A choice far too limited for Jean-Baptiste Duquesne: “it’s as if you were explaining to a painter that he must be content with primary colors on his palette”.

“In Bordeaux, we have an extraordinary heritage that we do not use”, regrets the winegrower installed in biodynamics, who sees in these forgotten grapes the promise of unique aromas, more up to date, such as mancin, a “slightly silky cabernet, more supple, with less tannins”.

More suitable grape varieties, adds the winemaker, to climate change which leads some to harvest grapes that are not ripe enough – at the risk of producing “a little green” wines – to limit their alcohol content.

Faced with Merlot, “condemned” in his eyes because it is too rich, he highlights Bouchalès whose “beautiful acidity” balances the blends.

“Instead of complaining that the market is going badly, there is an urgent need to question ourselves, to look for what can please the consumer, who no longer has a chapel”, continues the former trader, creator of the site of cooking recipes 750g.com.

– Getting out of the straitjacket – 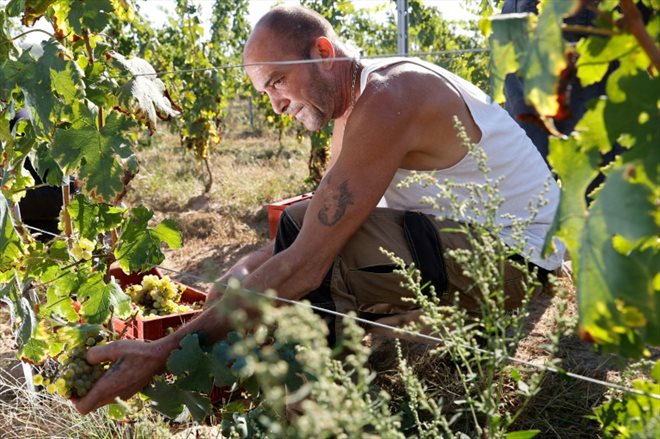 At Château Chillac, in Morizès in Entre-deux-Mers, Laurent Cassy does not recognize himself either behind the stereotypical image conveyed by the prestigious appellations of the region, which represent “only 2% of the vineyard” and which are ” often expensive and disrespectful of the environment”, he denigrates.

This organic producer of Bordeaux, Bordeaux Supérieur, Côtes-de-Bordeaux Saint-Macaire and Entre-deux-Mers wonders “how to exist” when world-famous appellations are driving prices down “by selling wines at 5 euros” .

“We are not denying our codes but we can get out of this straitjacket”, considers this vice-president of the Syndicat des Vignerons bio de Nouvelle-Aquitaine. According to an old method of oxidation originating in Georgia, he developed an “orange wine”, apricot color and aroma of quince, by macerating a Sauvignon Gris like a red wine.

To make its creations known, the Union of Bordeaux Pirate Winegrowers, created in mid-September, will label “innovative and offbeat” organic cuvées each year. An independent jury will conduct the first tastings on October 24. Bottles labeled as “Vin de France” are sold between 15 and 20 euros, more than conventional Bordeaux.

“We completely missed the mid-range, while there is a niche market for these easy-drinking wines, halfway between the inaccessible grands crus and the wines sold in bulk in supermarkets”, considers Fabien Lapeyre, based in Saint-Hilaire-du-Bois. 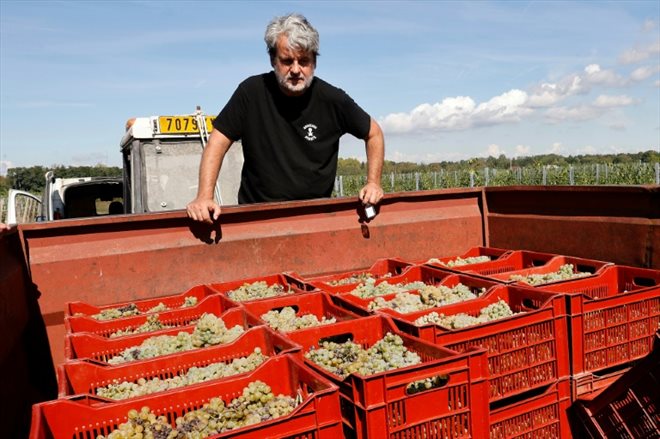 He cultivates more than a dozen grape varieties in amphoras, including Syrah, which is usually more southern, and Ugni Blanc to make a straw wine – a specialty of the Jura – Girondin.

The Interprofessional Council of Bordeaux wine looks with a “positive” eye on the black banner with the skull, underlined by two bottles in a cross, which serves as an emblem for the pirates. Proof, according to him, that the largest AOC vineyard in France – 110,000 hectares planted and 600 million bottles – “is still moving”.

“50 years ago, there was more white than red, today there is 90% red. Who knows if, in 20 years, we won’t have more pirate cuvées? These are the innovations who made the history of Bordeaux”, estimates the CIVB.