Google Maps: How to Delete All History on Android and Computer

Babysitting on M6: what is this sexy dance performed by the stripper?

The Rings of Power: where was the series filmed?

“The Christmas holidays have generally worked well”, finding “almost” the level of occupancy of 2019, according to the Minister Delegate in charge of Tourism and SMEs, Jean-Baptiste Lemoyne.

“The Gîtes de France have 70% occupancy rate the first week of vacation, 85% the second week”, cited as an example the minister, interviewed Friday on Sud Radio.

For ski resorts, “even if British customers could not come, we are on results which are almost those of 2019”, assured Jean-Baptiste Lemoyne who estimates the occupancy rate 8% lower than that of 2019.

The ski resorts of the Pyrenees and the Massif Central “hit the mark”, according to him with occupancy rates of “plus 10%, plus 20%, plus 30%” while the resorts of Savoie and Haute-Savoie, which depend on more British customers, “were able to do less 10%, less 15%, less 20%,” he detailed.

The occupancy rate in the mountains for the two weeks of Christmas and New Year was 74%, according to a press release from Atout France. 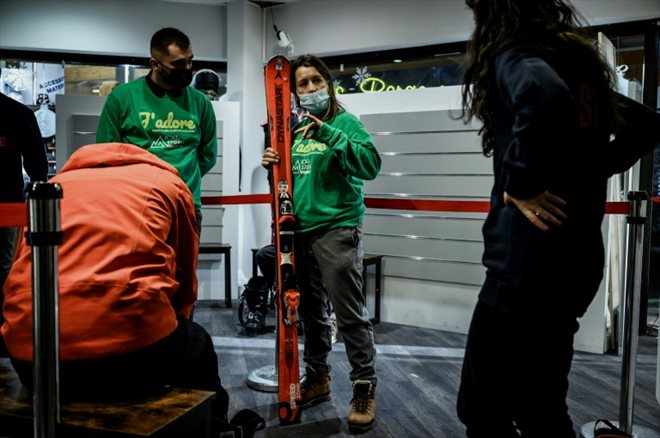 On the return of international customers, Jean-Baptiste Lemoyne noted “since last summer a return of Americans and Canadians”.

“International tourism has resumed, in October we made 80% more than in October 2020. It is true that in October 2020 we were still in complicated circumstances with the pandemic,” he said.

Before the pandemic, international revenues were 90 billion euros. The minister estimates that in 2021, they will be “half”.

According to Atout France, “international revenues at the end of October of 28.6 billion euros are already higher than those of 2020”.