Turmeric is the main orange-red ingredient in curry powder. The medicinal plant has anti-inflammatory effects and can help prevent civilization diseases. Which complaints can be alleviated and what does science say about the effects of turmeric?

Inside the turmeric root there are colorings that have a healing effect and give curry mixtures their yellow color.
© iStock.com/alexander ruiz 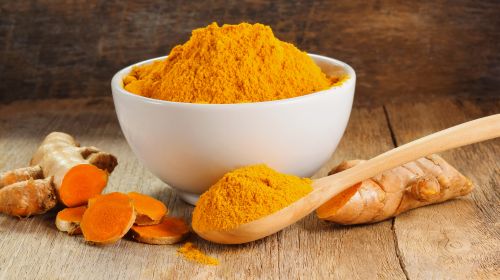 Turmeric (also turmeric, turmeric or turmeric) belongs to the ginger family and has been used for centuries in traditional Indian and Chinese medicine not only as a spice but also as a medicinal plant. The healing effect is contained in the yellow coloring agent curcumin in the roots of the plant. In Germany, turmeric powder is primarily known as the main component of curry mixtures and gives the spice its intense color.

Effects and side effects of turmeric

The color curcumin in turmeric has primarily a strong antioxidant effect, so it fights free radicals and thus prevents inflammation. It protects the cells from environmental and age-related changes and therefore from diseases of old age. In addition, turmeric is valued as a medicinal plant because its active ingredients also stimulate the formation of gastric juice and bile.

However, with high doses and long-term use of turmeric, possible side effects such as nausea, diarrhea and irritation of the stomach cannot be ruled out. Toxic reactions have not been observed so far, but organ damage is conceivable if unusually high amounts are taken over a very long period of time.

Dosage: What do you have to consider when taking?

Pregnant and breastfeeding women as well as people with gallstones and diarrhea should avoid nutritional supplements with curcumin. These groups of people can safely use turmeric as a spice or as an ingredient in spice mixtures in the usual quantities. The European authority EFSA limited the maximum daily dose to two milligrams of curcumin per kilogram of body weight. Most previous studies of the effects of turmeric have given doses of up to eight grams per day. Very high doses should be avoided over a longer period of time so as not to cause organ damage (e.g. the liver).

Turmeric has many uses

Turmeric has been shown to have numerous protective functions for our health. The effect of curcumin has been investigated in experimental studies and in humans for decades. In most cases, the results only provide incomplete information about the effectiveness, but they speak in favor of use for the following diseases, among others:

Studies also provide specific indications that taking types of supplements containing turmeric could improve the side effects of chemotherapy and radiation therapy. 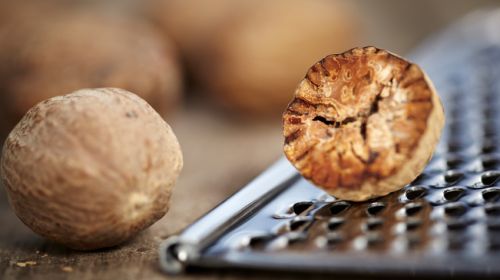 Turmeric for stomach and intestinal diseases

The World Health Organization (WHO) advocates the daily consumption of three grams of the turmeric-containing preparations for digestive problems. In irritable bowel syndrome, too, several studies have shown that turmeric can improve symptoms. Curcumin also contributes to the success of treatment in chronic inflammatory bowel diseases (IBD) such as ulcerative colitis. In patients with ulcerative colitis who took curcumin supplements daily in addition to the standard medication, the symptoms of the disease reappeared less frequently. This is why curcumin is also recommended in the guideline for the treatment of ulcerative colitis.

Dementia diseases like Alzheimer's cause irreversible damage to the brain. Brain tissue that has once died cannot yet be revived. However, researchers from the Institute for Neuroscience and Medicine in Jülich may have found a way to reverse this process and allow healthy brain cells to grow back. The scientists used turmeric for their animal study. The scientists extracted the plant substance turmeron from the plant. They injected this substance into the brains of rats with Alzheimer's disease.

In the course of the study, it was found that the damaged, shrunken parts of the brain slowly grew and began to function again. Turmeric had stimulated diseased nerve cells to repair themselves. "It is therefore possible to use it to stimulate the repair mechanism in the brain," says study leader Maria Adele Rüger.

Treating people already suffering from Alzheimer's disease with turmeric in high doses or using the medicinal plant preventively is not promising in the form of dementia: The active ingredient is only effective if it is injected directly into the brain – a form of application that is associated with numerous risks. In addition, extremely high amounts of turmeron would be required for humans.

Nevertheless, the discovery of the German researchers is a milestone for the research and later possibly also for the treatment of Alzheimer's. Rüger explains: "You could probably use it to treat stem cells, which then develop into special brain cells that stimulate the repair mechanism."

Numerous studies have also examined turmeric with regard to a possible regulating effect on blood lipid levels. Lowering of cholesterol and triglycerides was observed in animal models. However, no clinical study and a systematic evaluation of five different studies have so far been able to clearly confirm that turmeric preparations have a blood lipid lowering effect on the human organism. Further examinations, especially on people with high blood fat levels, are necessary in order to be able to make conclusive statements in this regard.

The bioavailability of curcumin in its natural form is low, as is the case with other antioxidants. This means that the substance leaves the body largely unused. There are several methods to improve bioavailability and thus to be able to better use the health benefits of turmeric: Micellar technology increases the bioavailability of turmeric 185 times. Micelles are also found in the natural digestive process of humans. The curcumin molecules are integrated into the micelles, which makes it easier for the active ingredient to pass through the intestinal wall.

A combination with other active ingredients, for example boswellia (frankincense), can synergistically support the effect of turmeric. In the form of a dietary supplement that combines both medicinal plants, the active ingredients can be supplied to the body.

These foods protect against cancer 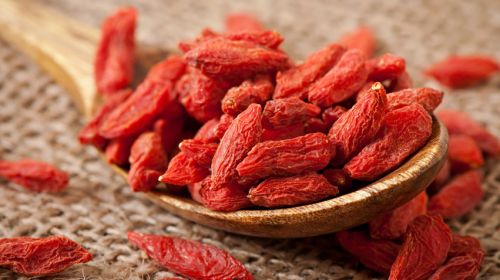