Huobi: Crypto exchange could lay off over 30 percent of the workforce

A cinematic adaptation of the well-known video game saga for PlayStation players, Uncharted promises to awaken the Indiana Jones that lies dormant in you from Wednesday February 16th. But who is Nathan Drake and why is he part of the great tradition of treasure hunters? Here are 5 anecdotes to know if you have never played console games.

The Castle actor was already Nathan in a movie

Long before the film project carried by Sony with Tom Holland in the title role, Uncharted was the subject of a fan film in 2018 seen, since, more than 10 million times on YouTube. This is a short film of almost 15 minutes and of high quality. Especially since its director has offered another Nathan to embody Drake, since it is Nathan Fillion, that fans of the Castle series (2009-2016) and FireFly (2002-2003) know well. A choice which was then welcomed by the community of fans, while the actor himself had declared his love for the saga of Naughty Dog.

Actor Nolan North lends his voice and physique to Nathan

When creating the character of Nathan between 2006 and 2007, the Naughty Dog studio chose American actor Nolan North to play the hero. But the actor, who was in his thirties at the time, didn’t just lend his voice. In reality, the actor lent himself to several motion capture sequences to bring him to life in the video game. His build and movements, as well as his features then served as the basis for modeling Nathan Drake. A remarkable performance, since Nolan North told the American media that he had a small role in the film Star Trek Into Darkness (2013), director JJ Abrams having told him to be a big fan of the Uncharted saga.

After Indiana Jones, Alan Quatermain or even Lara Croft, Nathan Drake belongs to this style of intrepid heroes in search of ancient treasures and old legends. Created in 2007, he is entitled to his very first adventure on PS3 with Uncharted: Drake’s Fortune. Thirty at the time of this first console odyssey, Nathan Drake suggests that he is the descendant of Sir Francis Drake (1540-1596). A personality who really existed since this British politician of the 16th century was a privateer and an explorer who circumnavigated the world across the oceans. We then lend him many legends that Nathan Drake is looking for. However, you have to have played the 4th episode, A Thief’s End, released in 2016 on PS4, to discover that Drake is an assumed name. Raised in an orphanage, Nathan and his brother Samuel actually have the surname Morgane. Our hero would have chosen to change his name in reference to the work carried out by his mother on the famous explorer.

The saga also highlights a heroine 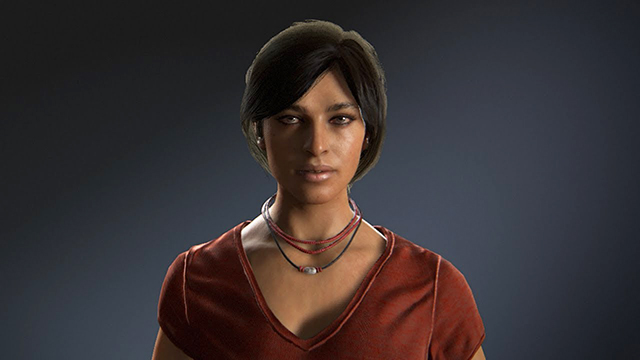 If Nathan Drake remains the most emblematic face of the Uncharted saga, that of Chloe Frazer is also highlighted. This shock adventurer enters the scene in Uncharted 2: Among Thieves (2009) and will return in episodes 3 and 4. However, it is mainly in 2017 that she will obtain the leading role in Uncharted: The Lost Legacy. A spin off dedicated to his adventures. Chloe therefore became a recurring character in the series. Endowed with a strong temperament, this treasure hunter did not leave Nathan indifferent. In the new film of 2022, it is actress Sophia Ali who lends her features to Chloe to give the reply to Tom Holland.

The release of the film Uncharted, scheduled for February 16, 2022, marks the realization of a 12-year-old project. Sony had indeed launched the project to adapt Uncharted: Drake’s Fortune (released in 2007 on PS3) into a big budget film in 2010. Director David O. Russel (Kings of the Desert, Fighter…) was then expected to direct, notably with Nathan Fillion in the title role. With Mark Wahlberg’s popularity then at its peak, the actor’s name was then put forward to play Nathan Drake. The project finally fell through before returning to Hollywood in 2014, where Neil Burger but also Seth Gordon were successively announced to be directing. The years passed and three more directors succeeded each other: Shawn Levy, Dan Trachtenberg and Travis Knight. It was finally Ruben Fleischer (Welcome to Zombieland) who took the camera to stage Tom Holland.