Should Lithuania be worried about its integrity after the Russian maneuvers in Ukraine? The question deserves to be raised. A week ago, Moscow announced that it would soon deliver missiles capable of carrying nuclear warheads to its Belarusian ally. In the Suwalki corridor, a small strip of Lithuanian land wedged between Belarus to the east and the Russian enclave of Kaliningrad to the west, concern is mounting, especially in the small town of Druskininkai where Europe 1 has rendered.

“Russian warships, fuck you!” This sentence is written, twice, on the car of Ramunas Serpatauskas. This man, in military fatigues, commands the volunteers of the Union of Lithuanian Riflemen of this border land which again trembled on Wednesday. “A Belarusian shooting range is only 20 kilometers away. So you can hear the sounds of weapons, explosions, very well in the city. It’s the largest training center in all of Belarus! Where Russian troops are also training,” he said.

“Being able to defend their country with a weapon”

These noises have punctuated the lives of the inhabitants for decades, but the invasion of Ukraine has raised fears of a wave of panic. “At the very beginning of the war, the city closest to the border asked us to send a psychologist specialized in war so that he could talk to people and calm them down,” explains the soldier.

Four months later, life on the border resumed its course, without intensification of military activity on the Belarusian side. No queues in front of stores to stock food, Lithuanian side. But Ramounas Serpatauskas welcomes more and more volunteers, ready to fight. “There are 20 to 30% more people in the group I lead. They want to be useful for their country. And if there is a war, to be able to defend their country with a weapon.”

Weapons that will not be used despite Russian threats, hope the inhabitants who say they are protected by the European Union and NATO. 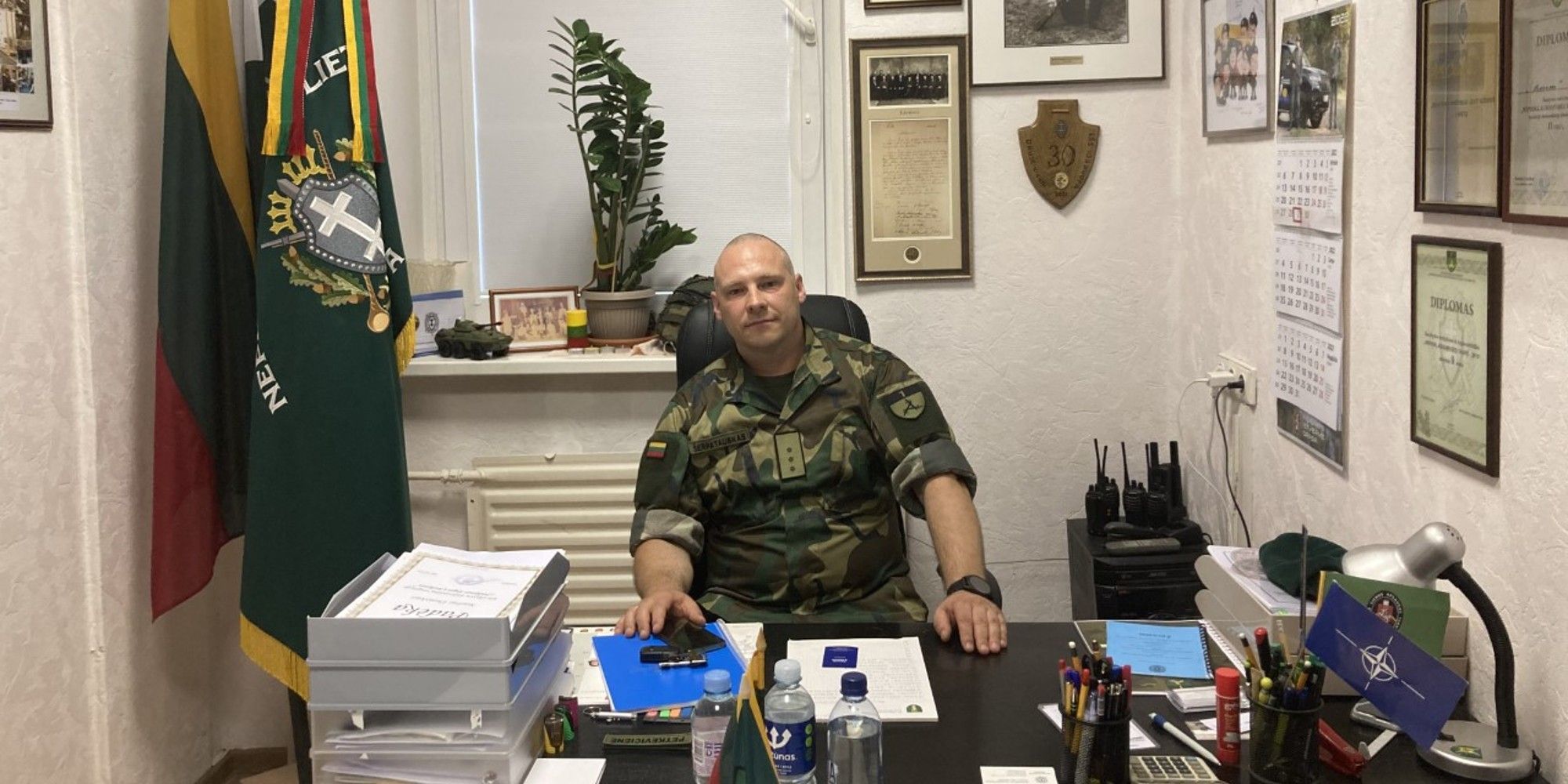