Norwegian Youtuber Bjørn Nyland tested the Renault Mégane E-Tech Electric 60 kWh over 1,000 kilometres, but the electric compact is rather disappointing. It is indeed largely left behind by the Volkswagen ID.3.

If you are a fan of electric cars, and above all a faithful reader of Frandroid, you’ve probably heard of Bjørn Nyland. This Norwegian has a YouTube channel and specializes in testing electric models. But the latter is best known for his famous “1000 km challenge”in which he tests various vehicles over a long distance to see which one gets to the end the fastest.

Many cars have already passed through his hands, allowing him to establish a real ranking currently dominated by the Kia Ceed PHEV (plug-in hybrid), which sets the benchmark with only 9 hours to cover 1,000 kilometers thanks to its internal combustion engine.

But for now, the two most efficient electric models in this event are the Nio ES8 (thanks to its ability to “recharge” its battery in five minutes) and the Mercedes EQS (and its huge 107 kWh battery), with 9 and 9:05 a.m. respectively. A few days ago Bjørn Nyland was also testing the new Volkswagen ID. Buzz, who obtained a good place in the ranking for a vehicle of this type, completing the trip in just 10 h 30 at 12° on average.

Because the temperature obviously plays an important role, and is one of the many parameters that influence the total time. It will be easier to cover a long distance when it is at 25° Celsius rather than at 10° Celsius.

But now the Youtubeur has decided to test another model, which is none other than the new Renault Mégane E-Tech Electric. This met with great success in France, where it was the best-selling car in August, followed by the Fiat 500 and the Dacia Spring. In October, the compact was finally overtaken by the Peugeot e-208.

Bjørn Nyland therefore took the wheel of the new star of the diamond brand for his famous 1,000 kilometer challenge. It was then the version equipped with the 60 kWh battery, which we tested a few months earlier, which was put to the test, then displaying a range of between 450 and 470 kilometers according to the WLTP cycle depending on the chosen finish, engine power (130 or 220 hp).

Before doing the test, our Youtuber had then counted on a time of 10:45, similar to that achieved by its rival, the Volkswagen ID.3 with its 62 kWh battery. But that’s not really what happened…

In effect, it finally took 11 hours and 15 minutes for Bjørn Nyland to reach the end of the 1,000 kilometers at the wheel of this Mégane E-Tech, all at an average temperature of 12°. We are therefore quite far from the time achieved by the ID.3, which also benefited from milder weather, with an average of 14°.

As specified InsideEVs, which relays the Norwegian specialist’s video, the compact even took longer than the Nissan Ariya, which completed the exercise in 11:05 a.m. at an average temperature of 10° and with a 66 kWh battery. As a reminder, the two SUVs share the same CMF-EV platform designed by the Renault-Nissan-Mitsubishi Alliance.

We can also mention the Tesla Model 3 Propulsion, with its 60 kWh battery, which only needed 10 hours to complete the 1,000 km of the exercise. 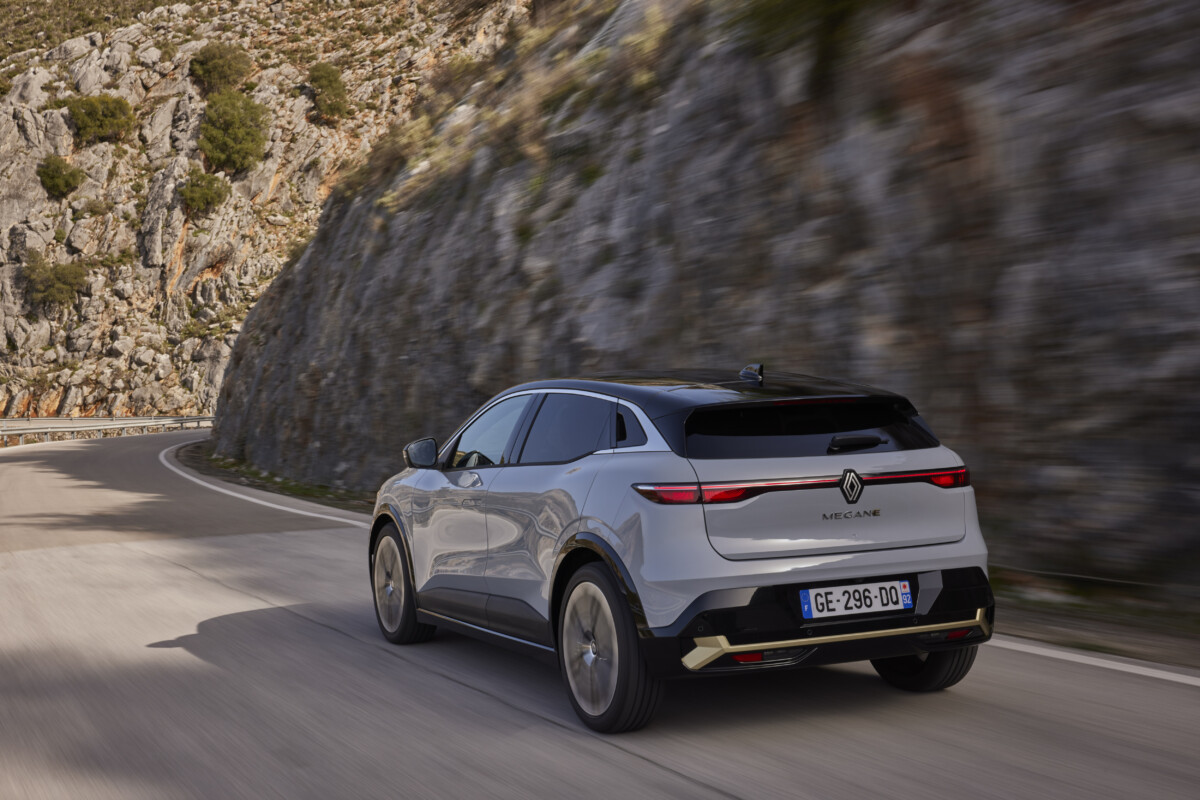 In total, six breaks were needed to recharge the electric compact, a number that remains within the average compared to the other cars tested. 227 kilometers were covered in one go at the start, then the average distance between each stop was around 129 kilometers. Another disappointment is consumption, with no less than 243 Wh/km at an average speed of 88.9 km/h, which is still quite high for a vehicle of this size.

However, the Mégane E-Tech does much better than the electric star, the Peugeot e-208, which took 12.5 hours to cover 1,000 kilometres, at an advantageous temperature of 17°. For the moment, it is the Honda E which is placed at the very bottom of the classification, with 16 hours to carry out the exercise, at 15° on average. The fault in particular of its very small battery of 35.5 kWh allowing it to travel only 222 kilometers WLTP.