David Lisnard, president of the Association of Mayors of France, was Sonia Mabrouk’s guest in Le Grand Rendez-Vous, on CNEWS and Europe 1. The opportunity for him to take stock of Emmanuel Macron’s five-year term.

A balance sheet in this case “thin and negative”. Even if the mayor LR of Cannes recognizes that “positive things” have been done during the last five years, he considers that it is necessary “to look at the facts”, “the intentions always postponed”, in particular “on the security level”.

From an economic point of view, David Lisnard pointed to the foreign trade deficit, “which increased by 50% during the five-year period”. An aspect according to him “revealing the loss of competitiveness of the country”.

At the microphone of Sonia Mabrouk, the president of the Association of Mayors of France also returned to the debate concerning sponsorship for the presidential election, and the criticisms made by various candidates of the 500 signatures of elected officials requested to participate.

“It is absolutely necessary that Jean-Luc Mélenchon, Marine Le Pen and Eric Zemmour can compete in the election, he declared. This being the case, there are also tactics of victimization, dramatization, which is there every five years. It becomes a chestnut tree”. 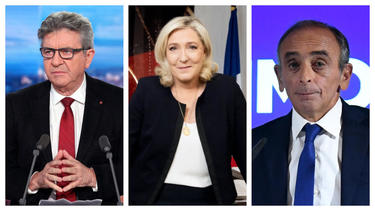 Finally, David Lisnard shared his opinion on the vaccination pass. According to him, this measure “may be relevant if it is extremely limited in time”. In addition, he believes that the device “is also used as a political weapon”.