Powerline specialist, Devolo does not budge and continues to improve its range of products with the arrival of a kit capable of broadcasting a Wi-Fi 6 network. We dissect its performance in this test of the Devolo Magic 2 WiFi kit 6. 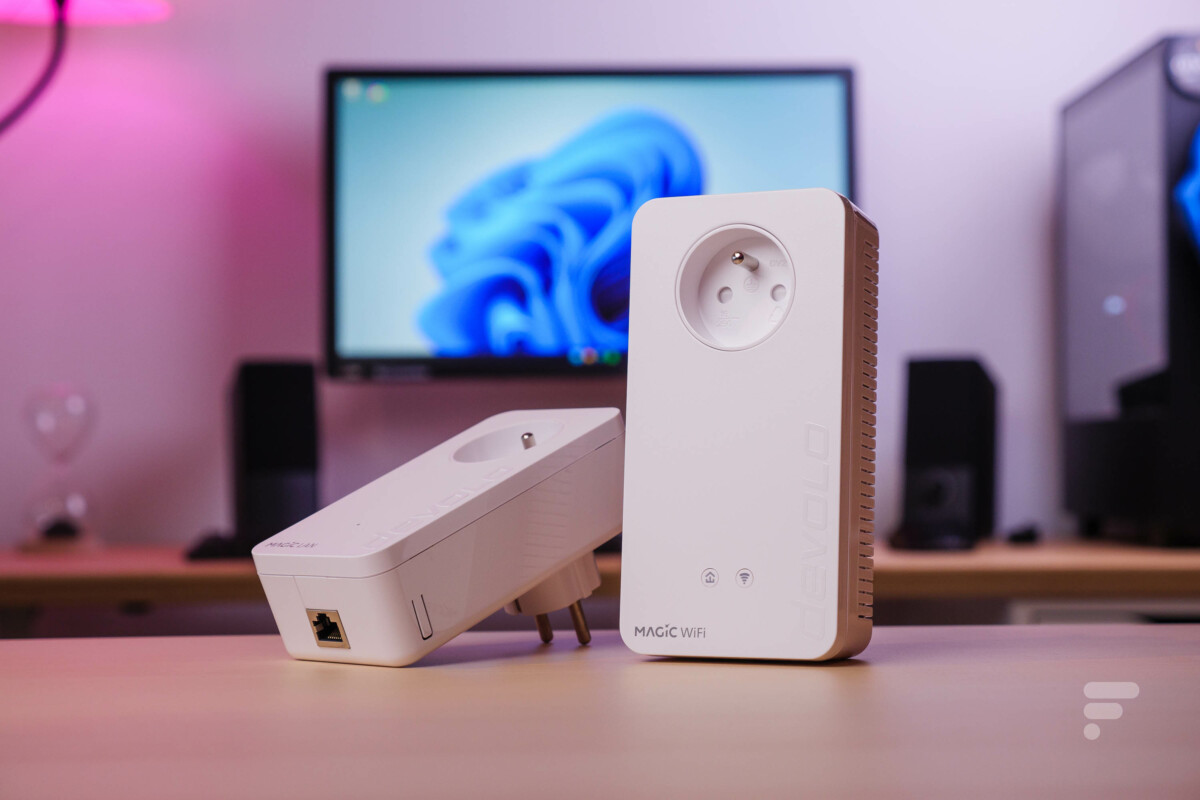 We had already tested a Devolo PLC solution with Wi-Fi and were then able to observe the very good wireless performance. Typically, the wireless link offered better performance than PLC, which raised questions about the relevance of this technology for this type of product.

No doubt that with this kit Devolo Magic 2 Wi-Fi 6, the observation should be the same since we benefit from a similar operation, but this time with the possibility of broadcasting a network in Wi-Fi 6, supposed to offer better performance. We dissect all of this in this complete test of the Devolo Magic 2 WiFi 6 kit.

This test was carried out using a product lent by the brand.

The Devolo Magic 2 WiFi 6 kit differs somewhat from the Mesh WiFi 2 kit we tested a few months ago. Indeed, here the whole consists of a first classic CPL box to be connected to the Ethernet network and one or more CPL boxes capable of broadcasting a Wi-Fi 6 network. 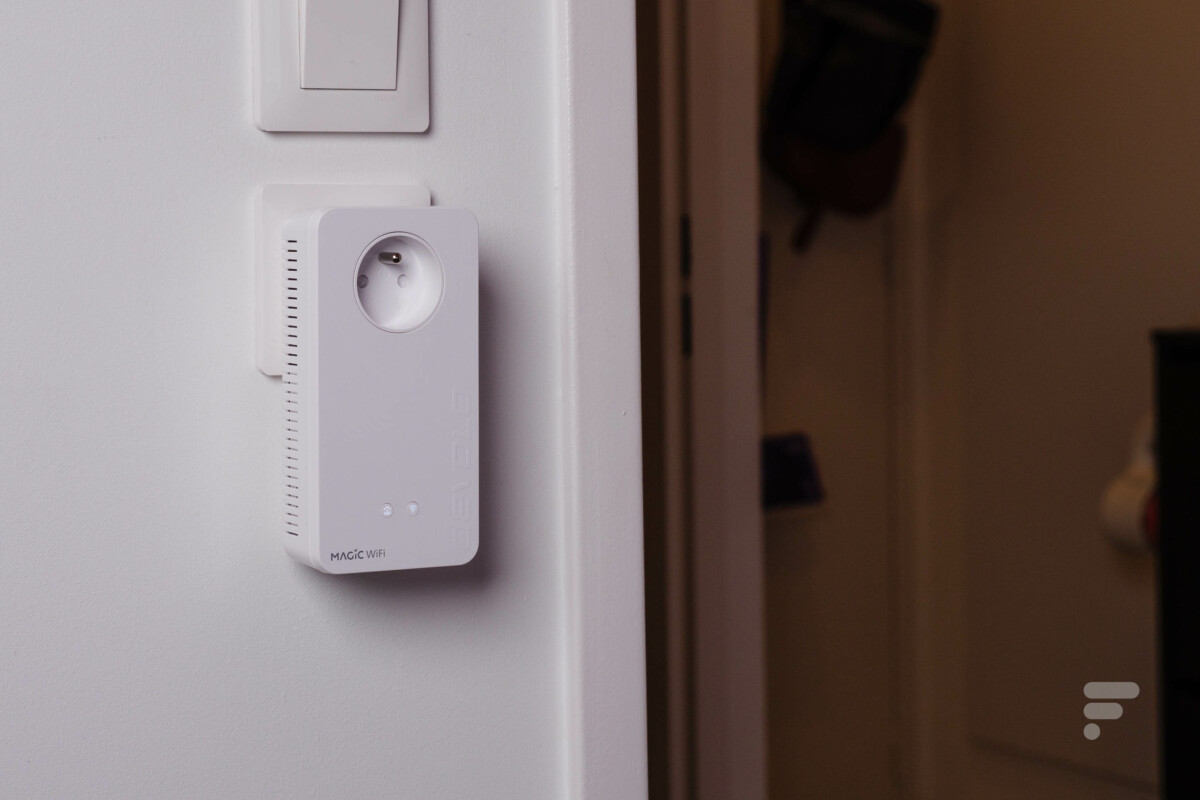 Here we have received the “multiroom” kit which offers a total of 3 boxes including 2 dedicated to the distribution of the wireless network and which will thus form a mesh network intended to replace or extend that of your internet box. Despite these few differences, the boxes remain very similar.

The junction box is slightly more compact than the other two and only has a single RJ45 port (1 Gb/s) that should be connected to your existing network (to your internet box in general). The connection can be made using the single cable provided in the box. 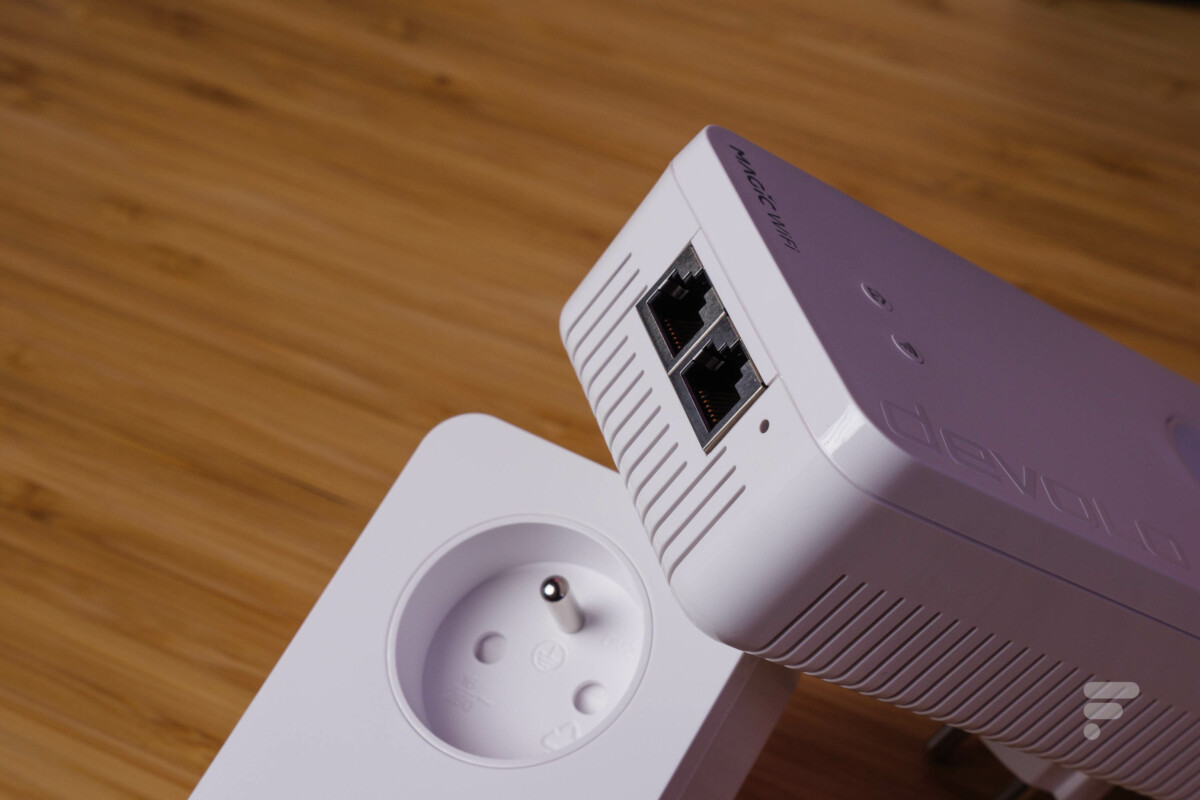 The two “Wi-Fi” boxes are perfectly identical to those found in the Mesh WiFi 2 kit. A little more imposing, they have 2 illuminated buttons on the front which allow you to know their status while being able to activate certain functions. They are also equipped with 2 RJ45 ports (1 Gb/s) for connecting wired devices.

As always with Devolo, all white plastic boxes are fitted with a pull-out socket which avoids “losing” the electrical outlet to which they are plugged. Despite this, the devices remain relatively imposing and could be a problem behind furniture or if the sockets are close. A point to take into account before choosing their location. 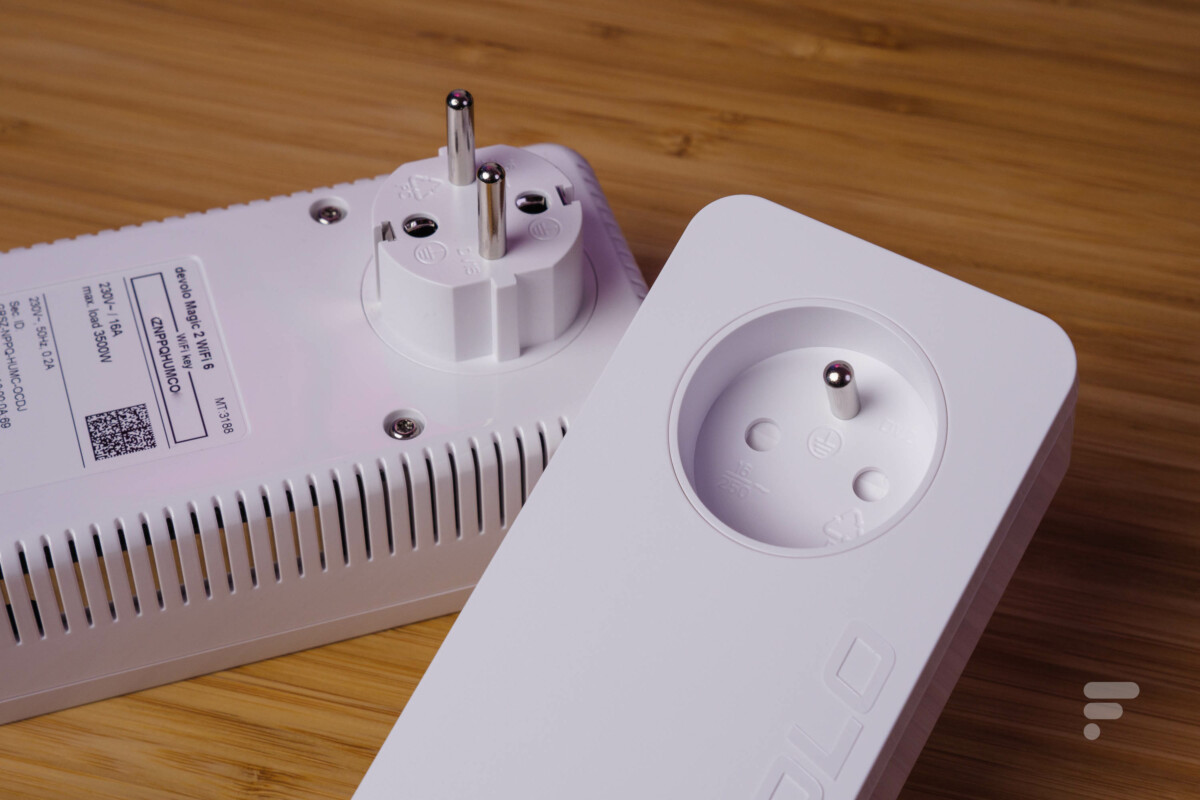 The administration interface is (still) not secure at Devolo, so it is directly accessible via an internet browser or via the dedicated application on Android and iOS. Once connected, the different boxes are detected automatically and no configuration steps are required.

The interface, although rather clear, remains quite limited optional and this equipment cannot logically replace a dedicated router (or your box). To find out all about the possibilities offered by the interface, we invite you to consult our test of the Devolo Mesh WiFi kit which offers the same possibilities.

In CPL, the raw performances are very correct when the two boxes are plugged into the same electrical outlet since we reach a speed of almost 500 Mb/s. This situation does not represent real use, we took different measurements in several places in our apartment. The tests were therefore carried out on a electrical installation dating from 2012 and all measuring points are separated by a differential circuit breaker. 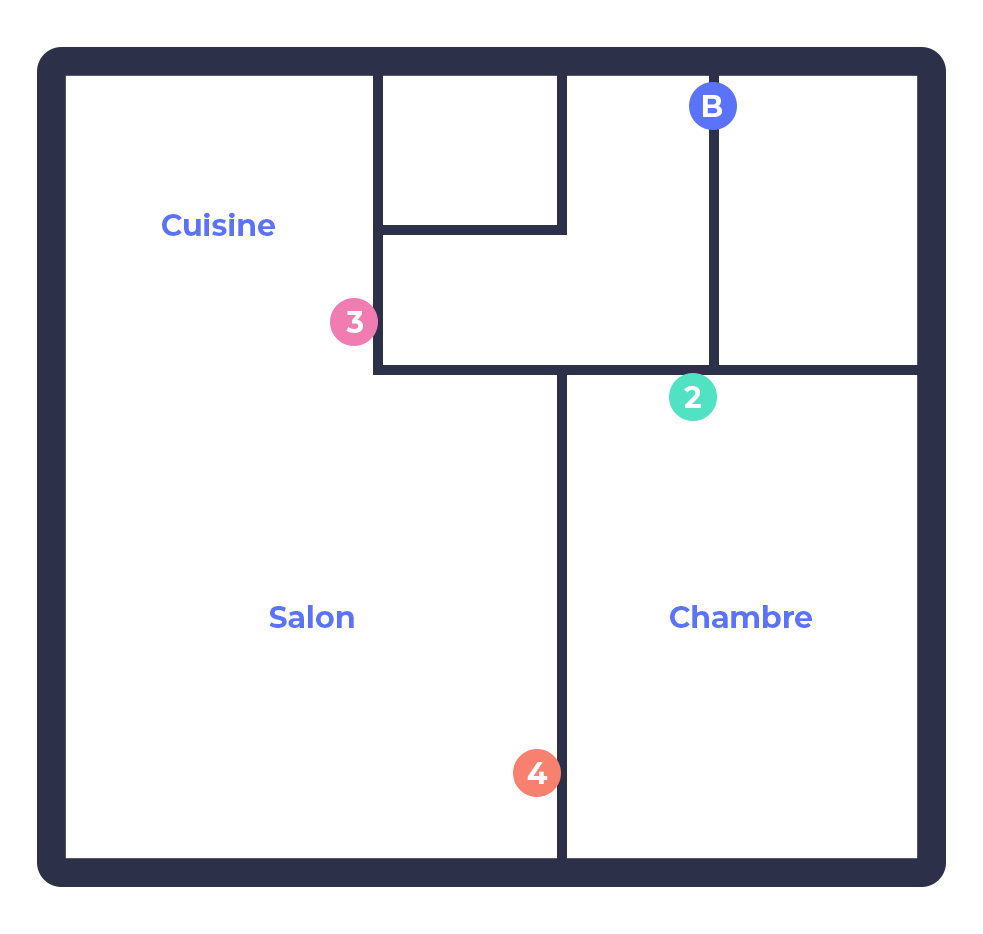 The measurements taken are very similar to what we were able to measure on the Mesh WiFi 2 kit. Here we benefit from rather average performance with a speed that reaches at best around 260 Mb/s on average over one minute. Very sufficient for most uses, this speed is nevertheless rather disappointing compared to what a Wi-Fi connection can offer. 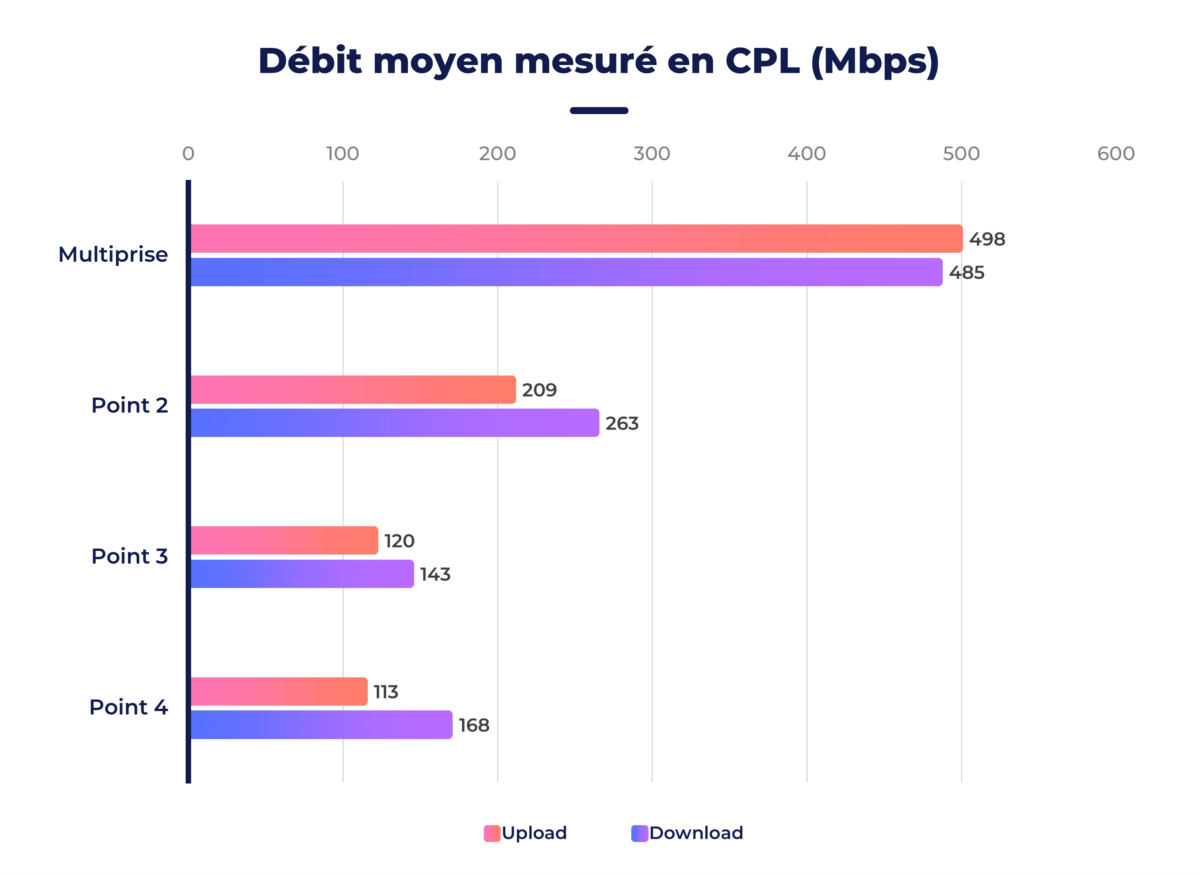 As always, remember that the quality of the PLC link will be completely dependent on your electrical installation and all the devices connected to it and all of which will have an impact. During our measurements, the lowest speed did not fall below an average of 110 Mb/s over a one-minute test.

To be able to test the raw performance of the Wi-Fi 6 network distributed by the kit and not be restricted by the PLC link, we used a single Wi-Fi box and connected a PC to it by wire. This will act as an iperf server and we then use a laptop PC as a client which will be connected to the Wi-Fi network broadcast by the Devolo box. Note that only one Wi-Fi box was used during the speed teststhe second simply extending the coverage.

As always, the test will be carried out in ideal conditions (at about 1 meter on the box) then in another room and then outdoors to check the range and the strength of the signal. We will realize also a speed test in optimal condition with a Wi-Fi 5 device (an iPad Pro in this case). 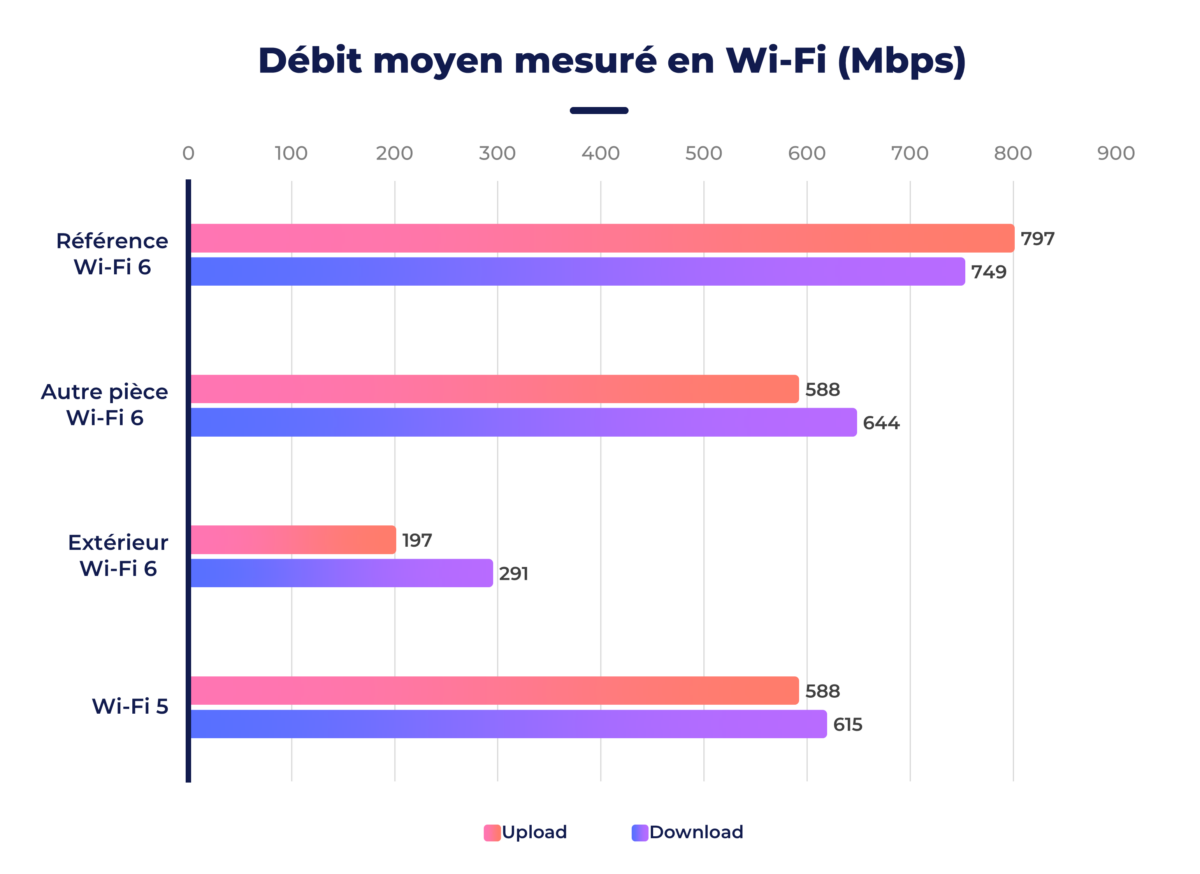 Our Wi-Fi benchmark test allows us to obtain a very good speed of almost 800 Mb/s in upload and a little less in download. On this point, the Devolo kit is a very good student and manages to offer speeds similar to certain dedicated solutions such as the Orbi RBK352 kit from Netgear.

By changing rooms, the speed is easily maintained around 600 Mb/s, which is again excellent. Outdoors, 5 GHz waves logically have more difficulty passing the load-bearing wall which then causes the speed to drop between 200 and 300 Mb/s. Nothing very surprising at this level and we remain on very correct values. 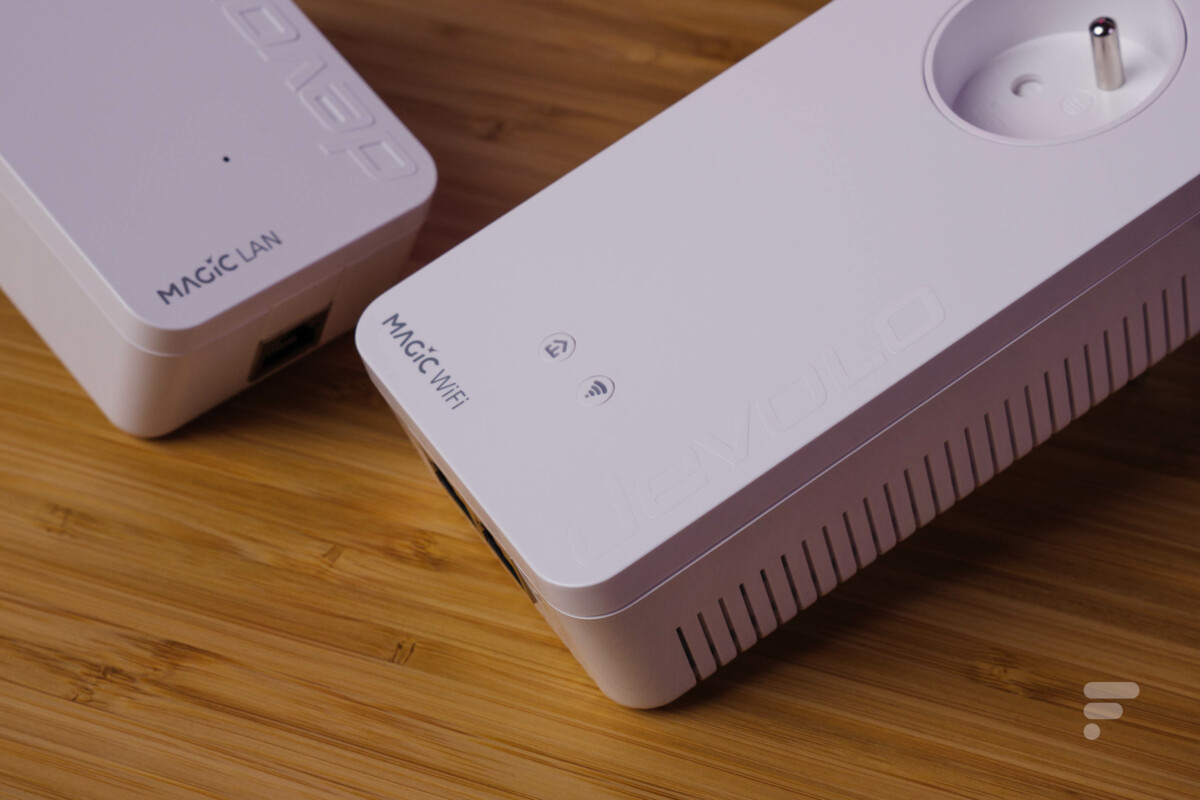 Finally, a test with our iPad in Wi-Fi 5 allows us to flirt with 600 Mb/s in optimal conditions (about 1 meter away). Here again, we welcome the good performance of Devolo’s solution, although our feelings remain the same: Wi-Fi is doing much better than PLC.

Even worse, the Wi-Fi connection is finally restricted by PLC technology since we will only be able to take advantage of the speeds measured here when the devices are connected to the same Devolo box. As soon as the data flow goes through the electrical network, the speed will be limited by the PLC…

The Devolo Magic 3 WiFi 6 “Multiroom” kit comprising 3 boxes is offered at the recommended price of 399.90.

The kit consisting of 2 boxes is available at the recommended price of 239.90 euros.