Emmanuel Macron remains at the top of voting intentions for the first round of the presidential election, according to the latest OpinionWay barometer for CNEWS, published this Friday, January 21.

The Head of State remains solid on his support. As has been the case for several weeks now, Emmanuel Macron is indeed credited with the same number of points in the first round: 24%.

On the other hand, for Valérie Pécresse (Les Républicains) and Marine Le Pen (Rassemblement National), access to second place, necessary to qualify for the second round, is more uncertain.

The two candidates are thus vying for the tied second position, each with 18% of the voting intentions.

Note that Valérie Pécresse continues to progress and gains a point, compared to the last barometer published in mid-December. Marine Le Pen also goes up, with two points more compared to the last wave of the survey. Éric Zemmour (Reconquest!) would occupy fourth position, with 14% of voting intentions.

In both cases, the Head of State is the winner. He gathers 56% of the voting intentions against Marine Le Pen and 53% against Valérie Pécresse. 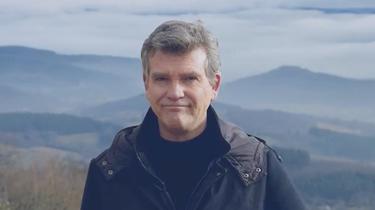 Emmanuel Macron’s electorate is relatively young: 29% of 18-24 year olds plan to vote for him in the first round, which makes the current head of state, even though he is still not declared to his own estate, the most popular candidate for this age category. Those over 65 are, on the other hand, more receptive to Valérie Pécresse’s program (29%).

In terms of gender, some candidates create a particularly significant divide between men and women. For example, Marine Le Pen collects only 15% of voting intentions in the first round among men, against 21% among women. These are on the other hand much less favorable to the candidacy of Éric Zemmour, since they would only be 11% to vote for him in the first round, against 15% of men. Finally, women are also more attracted by the candidacy of Christiane Taubira, who convinces 7% of them against 3% of men.

* survey conducted from January 19 to 20 on a sample of 1,011 people registered on the electoral lists, representative of the French population aged 18 and over.