Winter 2022 touchscreen sales: the top offers not to be missed

Anna by Luc Besson: have you spotted this nod to Léon?

The entrepreneurial family reorganizes its empire

Impressive explosion of a volcano in Tonga, tsunami warning

Fortnite: the basic skins in the store from January 16, 2022

In 2021, the price of real estate in France increased on average by only 0.8% in one year. For comparison, in 2020, the increase was 6.5%. However, in the big cities, prices rose in more significant proportions last year.

Indeed, “in 2021, apartment prices increased in almost all cities with more than 100,000 inhabitants, at least as quickly as in 2020”, indicated Michel Mouillart, spokesperson for the LPI-SeLoger Barometer, in a study published in December 2021.

Tours, first in the ranking

Last year, the city of Tours saw the price of its real estate increase very sharply by 17.5%. The price per square meter was 3,197 euros in December 2021.

As often, this rise in the price of real estate is explained here by a demand for goods exceeding the supply.

In addition, Tours was also ranked the eighth most attractive city in France in 2021. This ranking was awarded by the sites Meilleurtaux.com and Météojob.com.

This distinction rewards the combination of the price of real estate in Tours and the quantity of job offers. In 2021, more than 20,000 jobs, located in Tours, were offered on the site Météojob.com, including 5.9% on permanent contracts.

The presence of the TGV also played on the attractiveness of Tours. Indeed, the possibility for Parisians to come and settle in Indre-et-Loire while keeping their jobs in Paris is a non-negligible factor in the rise in demand. This is all the more so since with the standardization of teleworking, these employees can only go to Paris one or two days a week.

Angers: a constant increase for 5 years 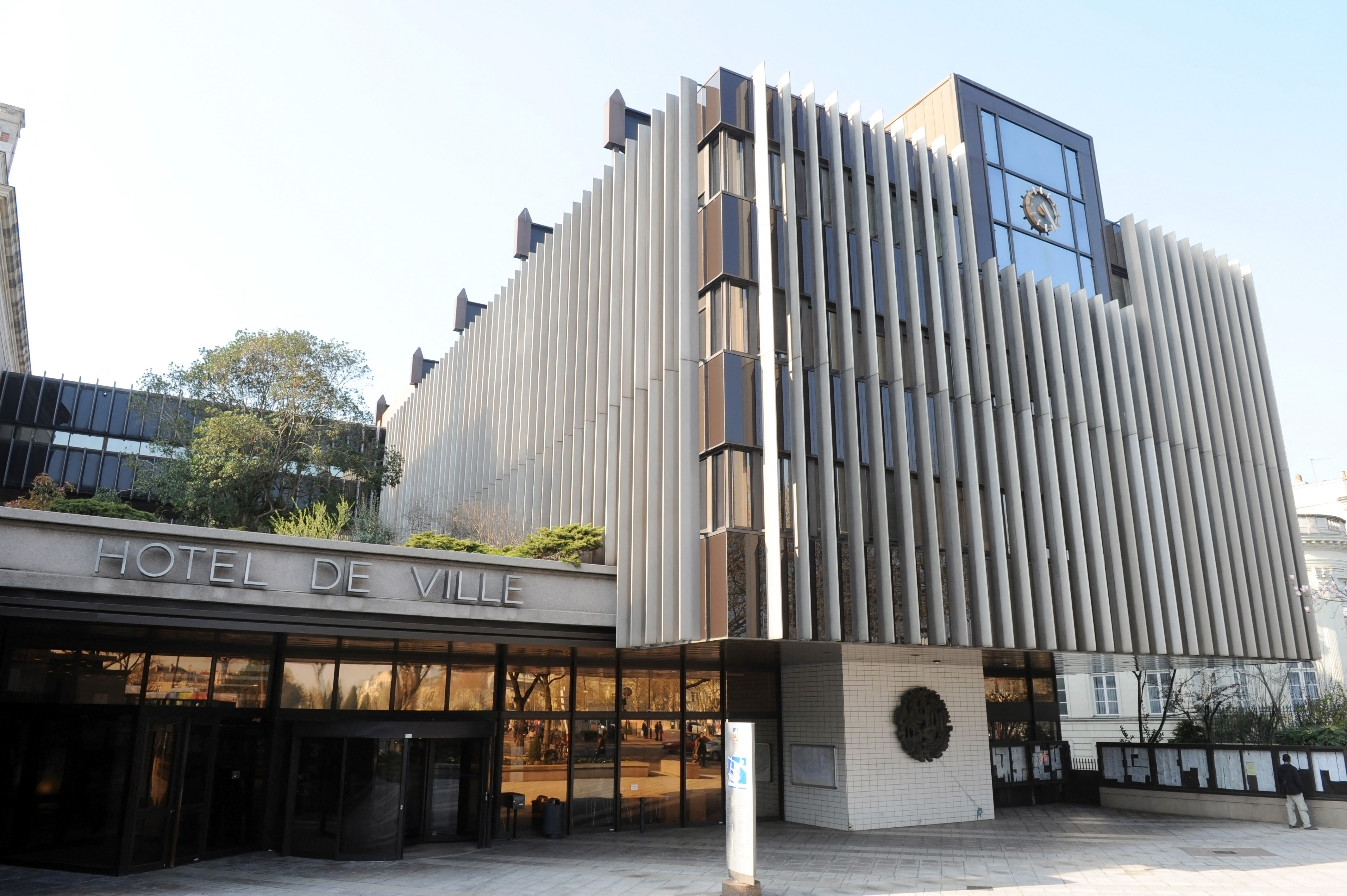 In 2021, the price of real estate in Angers experienced an overall increase of 17.4%. In the Maine-et-Loire prefecture, the price per square meter was 3,351 euros in December 2021.

Angers is the city that has seen the price of its real estate increase the most in the last five years. According to Le Parisien, there has been an increase of +57% since 2016.

According to Bernard Delorme, the president of the interdepartmental chamber of notaries of Maine-et-Loire, Sarthe and Mayenne, the city of Angers was moreover “undervalued compared to comparable markets”.

With the installation of a tramway, the construction of universities and the establishment of competitive sports clubs, the city has evolved and now has new assets. “There has therefore been a catch-up effect on which a Covid effect has been superimposed for several months”, specified the professional on a daily basis.

As in Tours, the increase in prices is partly linked to the increase in demand, while the offer has changed little or not at all. “There are a lot of potential buyers, hence a very tight market,” noted Bernard Delorme.

Moreover, here too, the presence of the TGV convinces Parisians to come and settle in Maine-et-Loire. According to RTL, “Among the buyers, Parisians are numerous, because Angers is pleasant to live in and close to the capital by TGV.” Indeed, the Paris-Angers journey by TGV only lasts 1h30 on average, and for some residents of Ile-de-France, it is a shorter journey to make than a return home by RER for example.

Brest: the last step of the podium 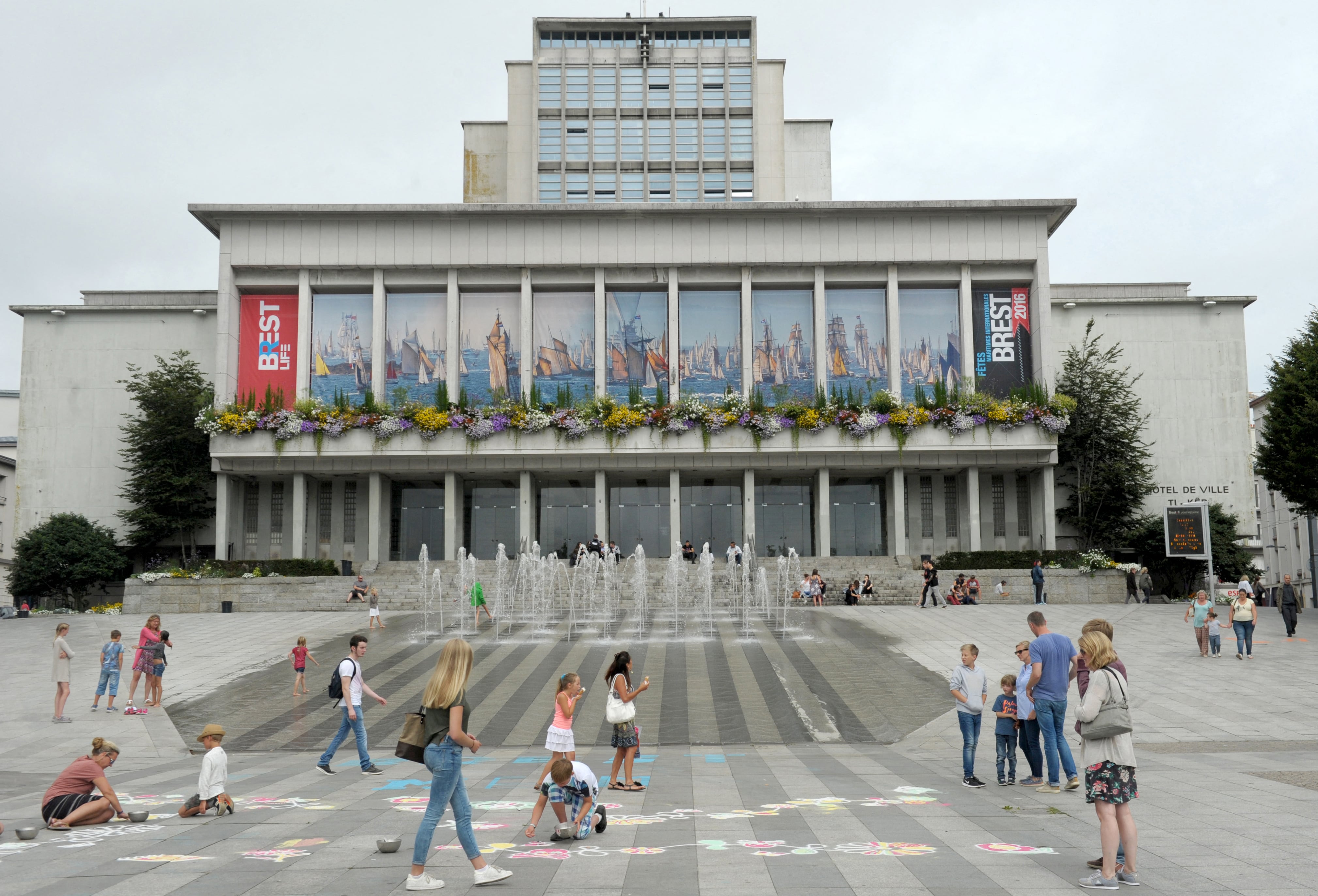 Last year, Brest, in Brittany, saw the price of its property increase by 14%. In doing so, the price per square meter there averaged 2,263 euros.

This figure appears surprising since in 2020, Brest was one of the cities where the price of real estate had increased the least.

For Patrick O’Reilly, president of the Chamber of Notaries of Finistère, “The shortage of goods for sale maintains inflation, not to mention that prices are, on average, lower than those observed at the national level.”

In addition, sales prices have increased enormously in recent years. In five years, the selling price in the old has gone from 1,500 euros/m² to 2,500 euros/m². “We were starting from very far away, such low prices were not justified,” noted Elena Azria, director of development for the Brest group Océanic.

Unlike the first two in the ranking, it is not the Parisians who are responsible for the rise in prices, “this is not the case at all”, explained Olivier Arens, president of the regional council of notaries, on France 3.

Here again, the rise in prices is more the consequence of a demand which is greater than the supply capacity. “We are down in terms of volume on purchases by Ile-de-France residents. Of course they still represent between 15% and 20% of the market, but that doesn’t make the market. The increase is due to a scarcity of supply, and therefore mechanically we have prices which tend to increase. 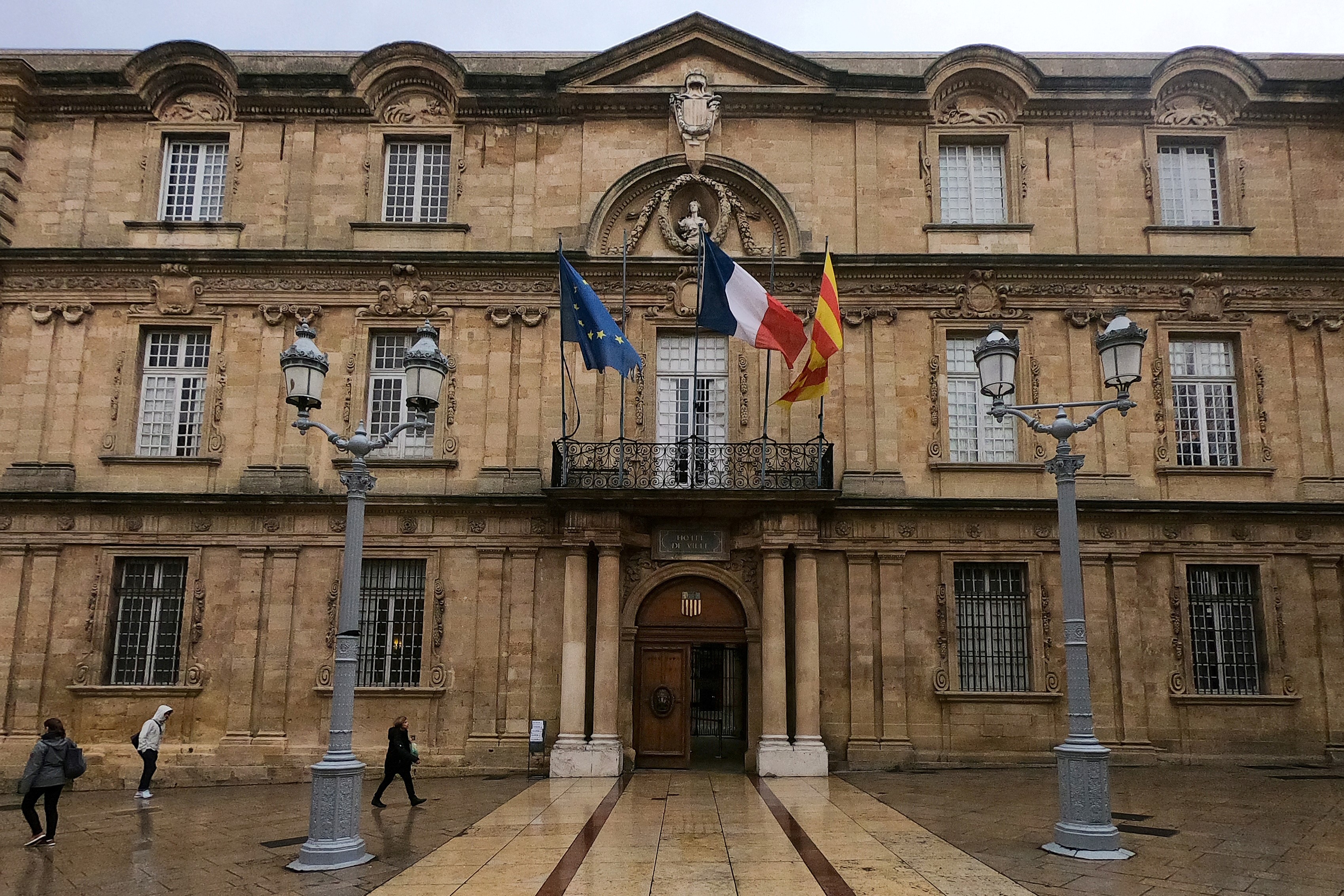 For the Bouches-du-Rhône sub-prefecture, the Covid-19 health crisis favored the market. Indeed, following the multiple confinements, many buyers wished to settle in calm and green places.

For Pierre Blachère, manager of La Provençale real estate agencies, interviewed by SeLoger, “the demand for properties with an exterior really exploded as soon as the first confinement ended. The prices of housing with exteriors have also increased sharply.

Like the cities of the Top 3, the rise in prices in Aix-en-Provence is also linked to a supply of real estate which has fallen sharply. “This could lead to cyclical hyperbole in the market”, confided Pierre Blachère. 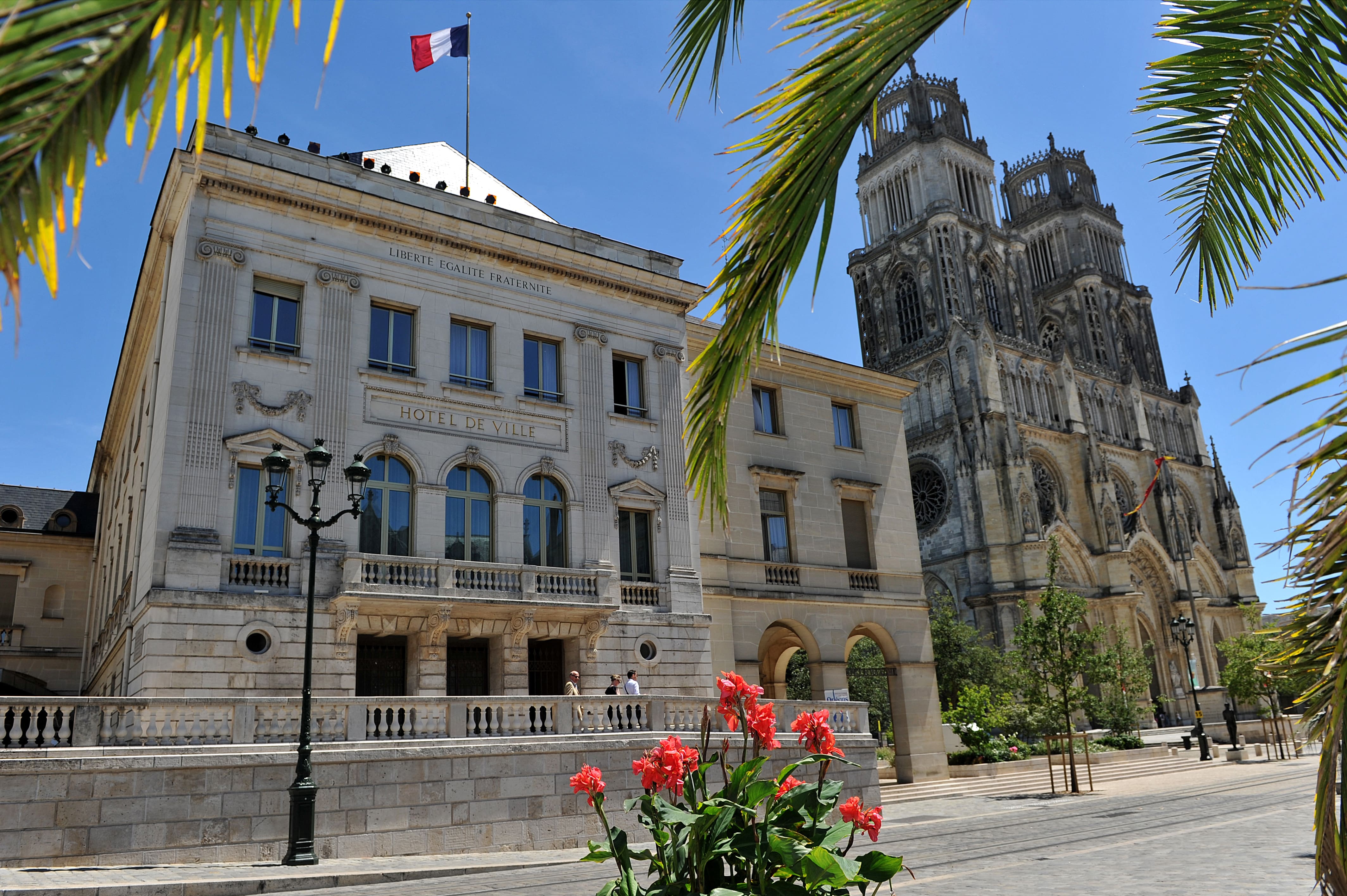 Orléans saw the price of its real estate increase by an average of 11% in 2021. The price per square meter there amounted to 2,638 euros in December 2021.

“It is the attractiveness of the metropolis compared to the rest of Loiret which explains this dynamism, more than an influx of buyers from Paris and Ile-de-France following the Covid”, explained Olivier Henry, vice-president of the regional federation of real estate developers, at Le Parisien.

Among the buyers, there are many young people under 30 who wish to acquire apartments in T2 or T3. 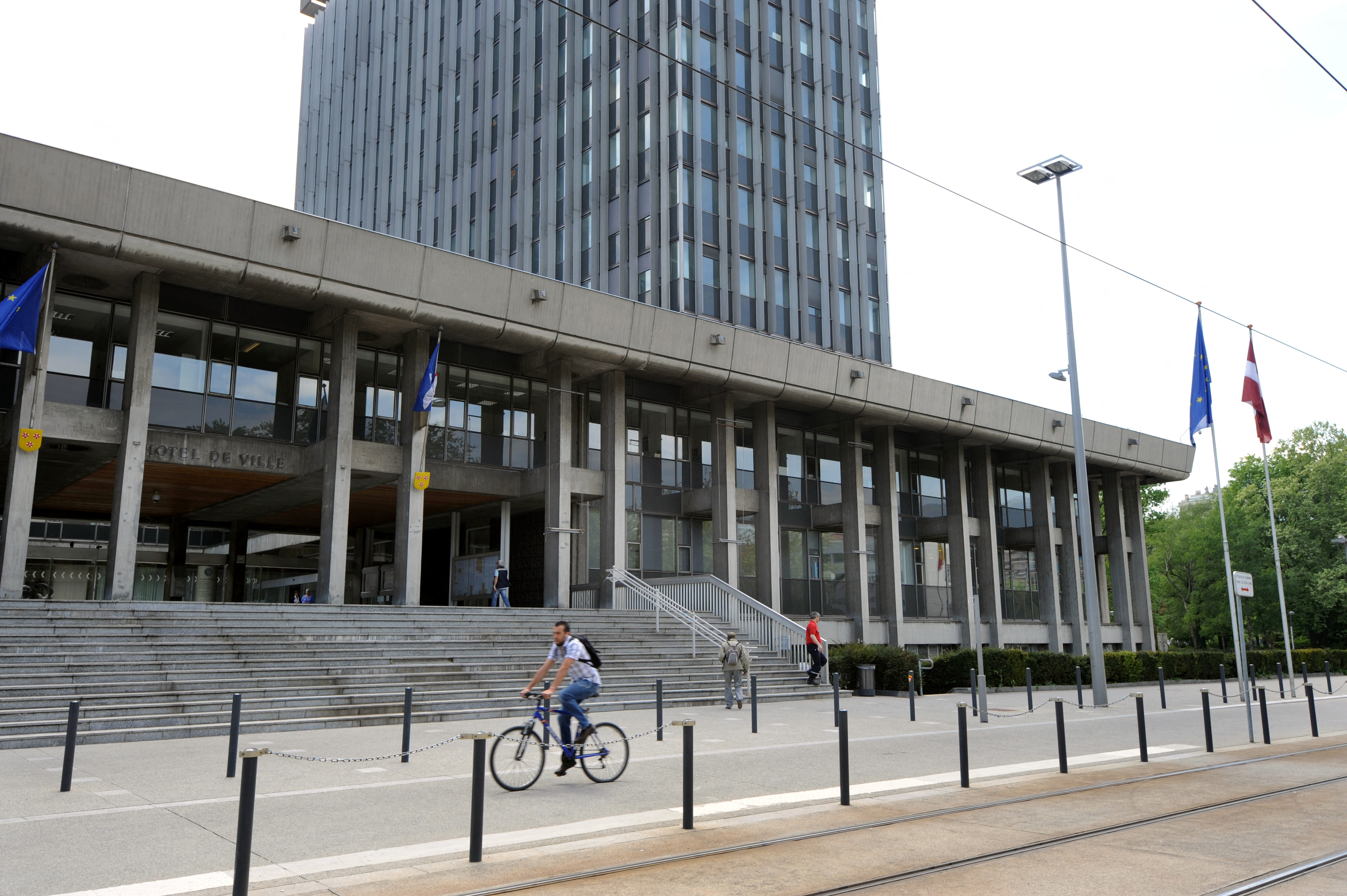 The capital of Isère, Grenoble, saw the price of its real estate increase by 10.5% in 2021, raising the average price per square meter to 2,887 euros.

In Grenoble, requests from buyers from major cities, such as Lyon or Marseille, are more and more numerous. Nevertheless, “most of our customers are locals looking for a main residence or an apartment to make a rental investment,” said Yvan Vitale, director of the Belledonne Immobilier agency in Grenoble, on the SeLoger website. .

Moreover, in Grenoble, the clientele is largely made up of students or their parents. For Yvan Vitale, in a city like Grenoble, rather than paying rent, it may be more interesting to buy a studio to accommodate his child, then to rent it as soon as his offspring’s studies are completed. 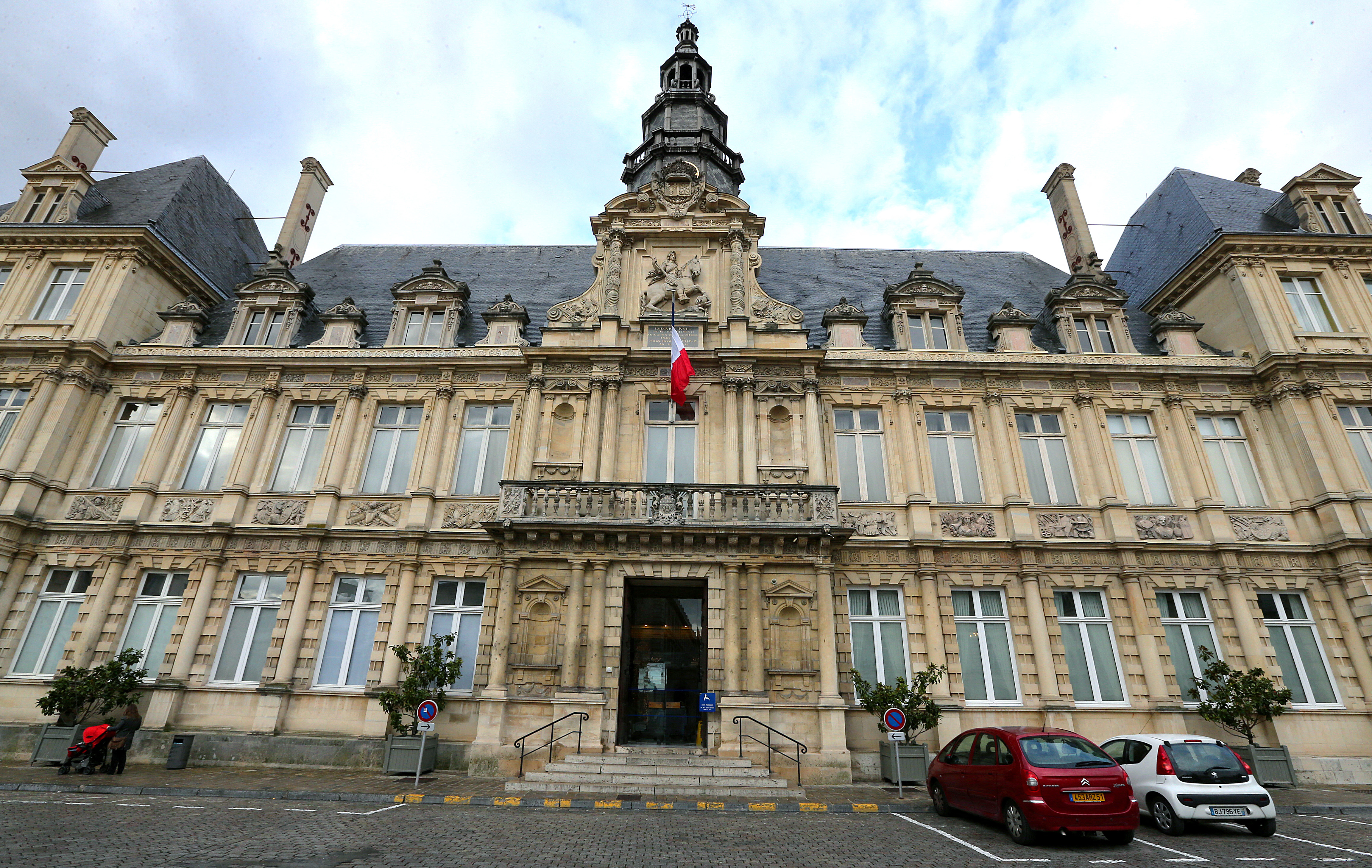 “The market is dynamic and fluid, sales times are shortening, goods at the price leave in a month,” said François Gauthier, notary delegate for communication of the interdepartmental chamber of the Ardennes, Aube and Marne.

Moreover, as with Tours and Angers, Reims has the particularity of being served by a TGV line. Many Parisians then decided, in 2021, to settle in Reims while keeping a job in Paris. The journey between Reims and Paris takes an average of 1h20. 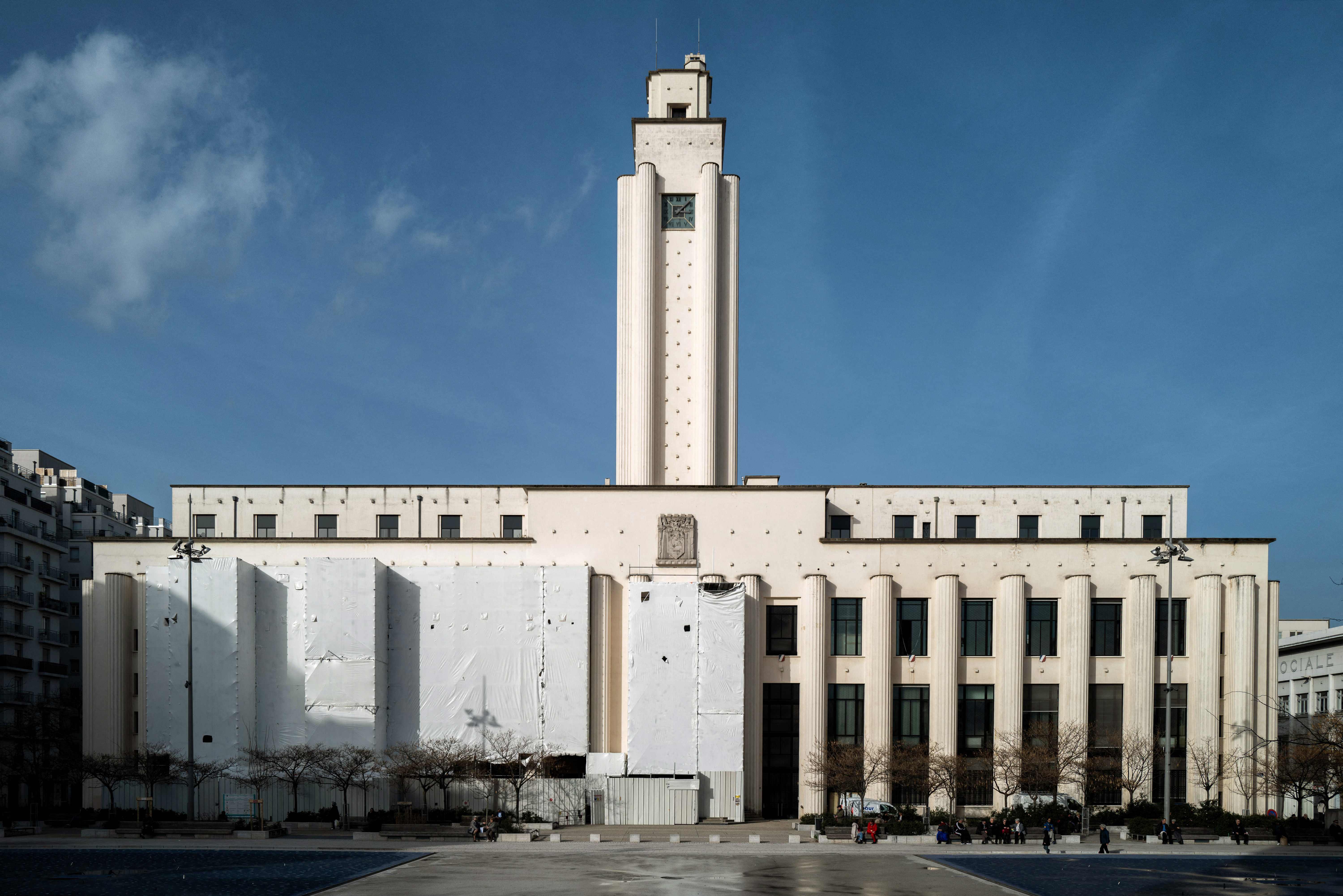 For six years, Villeurbanne will have seen its real estate value increase by 39%, from 2,883 euros to 4,149 euros per square meter.

“We are used to naming Villeurbanne ‘the 10th arrondissement of Lyon'”, remarked Séverine Amate, spokesperson for the SeLoger group. It is a city “supercharged, driven by the Lyon boom, but also by an exceptional public transport network: metro, bus, tram and the attraction of students for the LyonTech-la Doua campus, one of the largest centers scientists.” 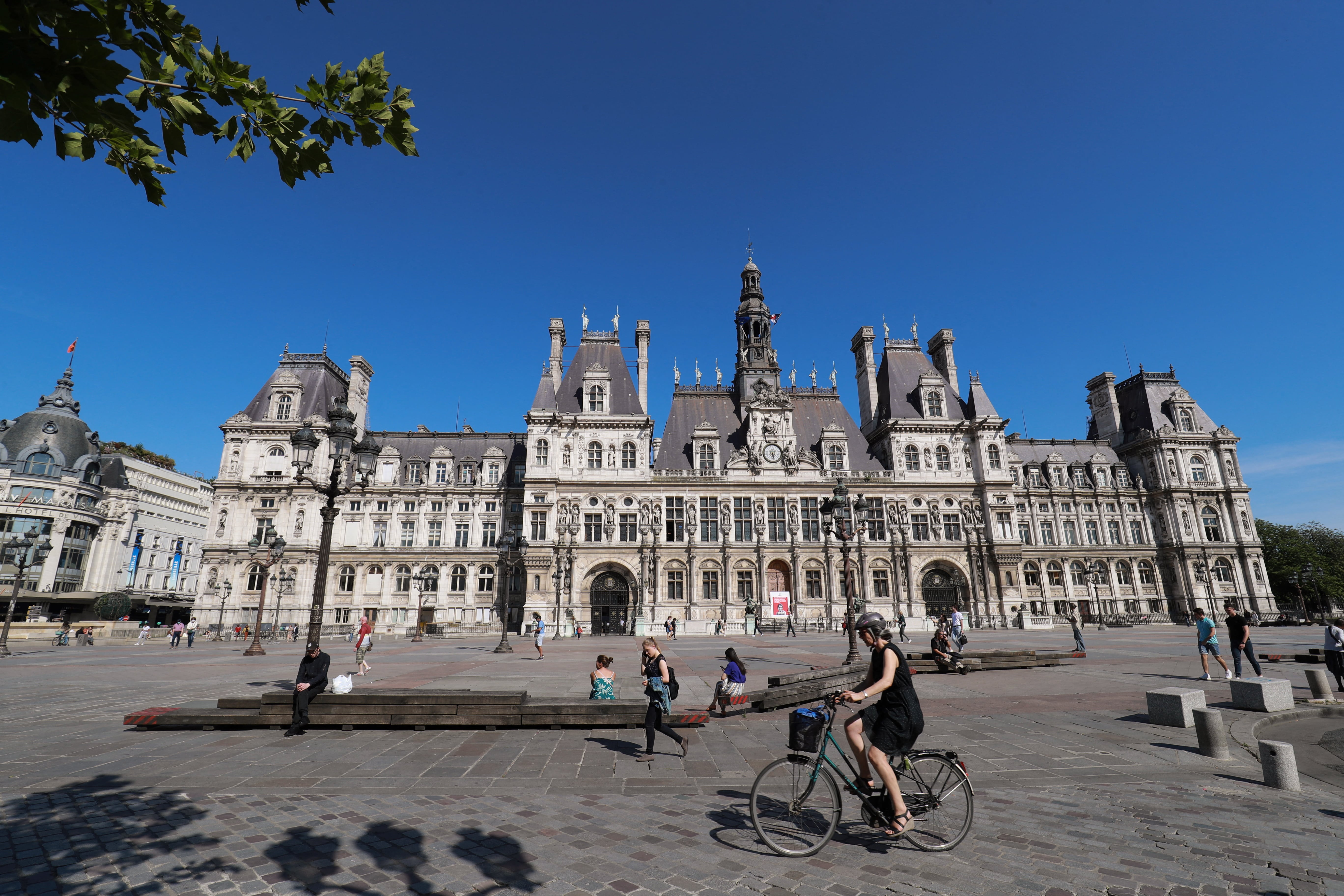 Unsurprisingly, Paris is the most expensive city in France in 2021, but it is also the ninth city in the LPI-SeLoger ranking of cities where prices increased the most last year.

In general, the French capital has managed to retain all its attractiveness, despite the Covid-19 crisis. However, during the year 2021, Paris saw the price of its real estate fall by 1% compared to 2020, before increasing again in the last quarter of 2021. 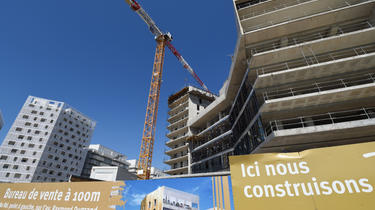 This drop can be explained by the departure of many Parisians from the region during the year. 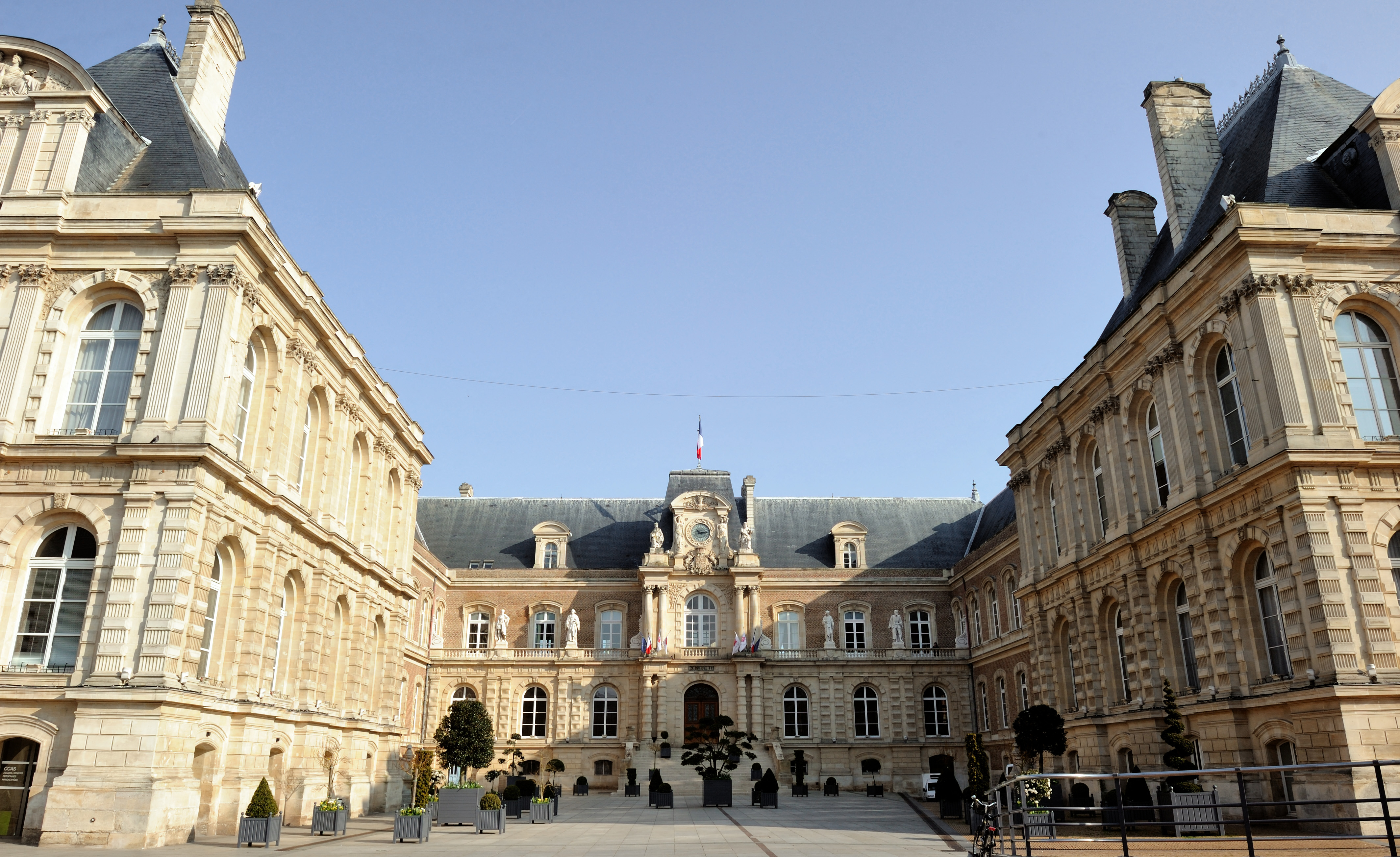 Last year, Amiens saw the price of its real estate increase by 6.4%. The average price per square meter was 2,445 euros in December 2021.

Like Tours, Angers or Reims, the Picardy city has taken advantage of its proximity to the capital to attract Parisians. So much so that “out of a hundred cases processed, a quarter concern inhabitants of the capital. We are not going to say that we are invaded by Parisians but indeed there is a clear increase, ”observed Gregor Bula, real estate agent at De Simencourt.

Pierre Masclef also has a change in buyer profile. “We have increasingly young investors, who sometimes do not even own their main home but acquire apartments for heritage reasons.”