Carla Bruni cuts her bangs herself on Instagram, and here is the result!

Moscow’s conflict with the West: Rebuilding trust will be difficult

“Spider-Man: No Way Home” has finally started in German cinemas. The film, which is part of the Marvel Cinematic Universe (MCU), is Spider-Man’s third solo adventure with Tom Holland. This time he is supported by Benedict Cumberbatch as Doctor Strange.

After Peter Parker’s secret identity is exposed in “Spider-Man: Far From Home” and Mysterio (Jake Gyllenhall) declared Spider-Man a villain, Peter doesn’t have a quiet minute anymore. He turns to Doctor Strange to change reality, but the spell fails and the two are visited by villains from across the multiverse.

Spider-Man: Return of the Villains!

With the return of villainous characters from “Spider-Man” films that actually do not belong to the MCU, viewers who do not know the old films could quickly lose track of things. “Spider-Man: No Way Home” gets down to business quickly and you are right in the middle of the action.

But director Jon Watts has a great flair for keeping the story small and intimate. That worked really well in “Homecoming” and “Far From Home”. The focus is on Peter Parker (Holland), who actually just wants to live a normal life that is much more approachable than, for example, that of Tony Stark.

As a result, the film has a lot of heart, is charming, funny, exciting and takes the time so that we as viewers are not flooded with information and stimuli. While even those not familiar with the old “Spider-Man” films will have fun, every single minute of the film is a real celebration for fans. There was so much “Spider-Man” and superhero, simply Marvel nostalgia not yet in the MCU!

Spider-Man: As Epic as Avengers: Endgame?

With five villains and a running time of just under two and a half hours, “Spider-Man: No Way Home” is of course a huge epic. Comparisons to “Avengers: Endgame” are quickly drawn. The marketing campaign also promises a bombastic and ambitious cinema event!

But is the film a new “endgame”? No! “No Way Home” is a new “Spider-Man”, in the best sense of the word! The epic is there, but the film remains “small”. The focus remains on the emotions and the main characters, who are superbly played by Tom Holland, Zendaya (as MJ), Jacob Batalon (as Ned) and Benedict Cumberbatch (as Doctor Strange).

As a result, the film not only ties in directly with “Spider-Man: Far From Home” in terms of content, but also in terms of atmosphere. Despite ambitious mega-star appearances, “No Way Home” doesn’t degenerate too much. This still makes it feel like a “Spider-Man” movie rather than an “Avengers” crossover!

That’s a good sign because it proves that “smaller” MCU films can tell big stories too. The film manages to stay true to itself and its predecessor films and still set new standards.

Fans of the friendly spider from the neighborhood get their money’s worth and the film lives up to expectations and lives up to the hype. It will not necessarily exceed expectations, but that “No Way Home” is even possible, “at least” meets them, borders on a miracle with all the fan hype and is great!

At the end there are of course two scenes during and after the credits. Be sure to stay seated until the end, because there is still a little piece of candy waiting for you that is worth the wait!

A festival for Spider-Man fans!

The film brings Tom Holland’s “Spider-Man” trilogy to a wonderful close. It’s funny, exciting and emotional! The film never loses sight of the character of Spider-Man and is a celebration of the superhero and his comic and film history. Fans will enjoy every minute! The “Spider-Man” trilogy with Tom Holland is arguably the MCU’s best self-contained trilogy. 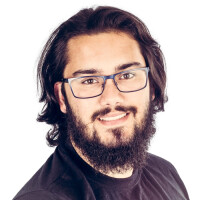 Who is streaming Spider-Man: No Way Home? 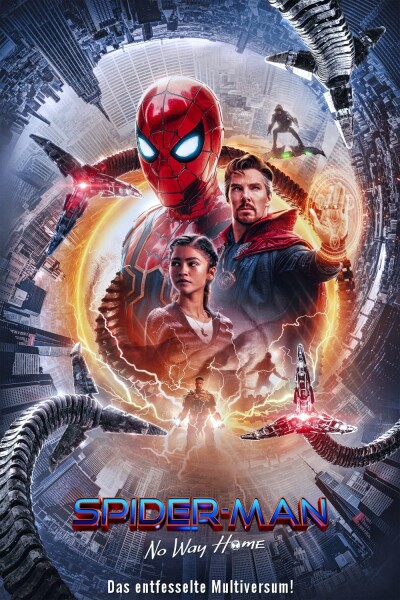